BBC Weather forecaster Susan Powell noted the weather front in the Atlantic will develop into a storm by the weekend. She said Storm Alex will bring with it relentless rainfall and strong winds throughout the weekend. Flood warnings have been predicted for parts of France as they are expected to see some of the worst weather from the storm.

“There is still plenty of sunshine around the Mediterranean but it is a good deal more unsettled in the north.

“It looks like on Friday we will have our first named storm of the season.”

The BBC Weather forecaster commented on the strength of Storm Alex. 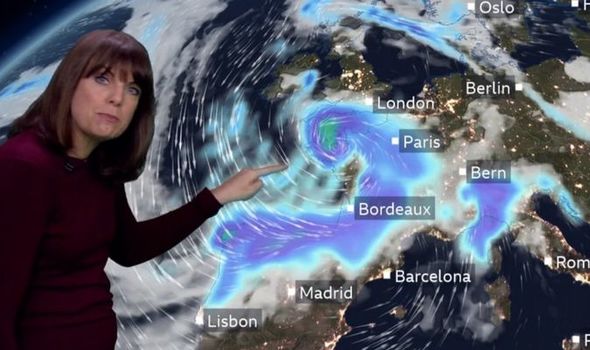 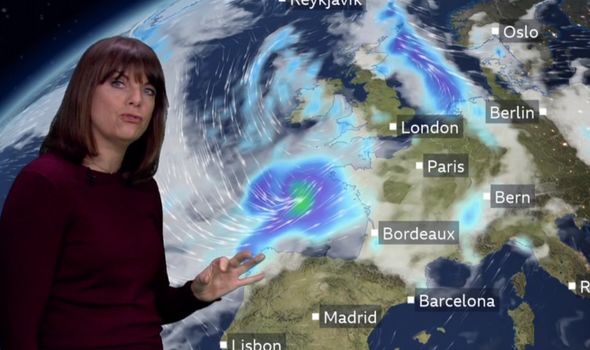 She said: “We have a big area of low pressure dominating towards the northwest.

“This will be causing some headaches in terms of a detailed forecast but there is a lot of wet and windy weather to come across northwest Europe.

“Things to the east will gradually clear somewhat for the latter part of the week as some of the rain will be pulling away.”

On Friday, the UK, Spain, France and parts of northern Italy are forecast to be struck by the storm. 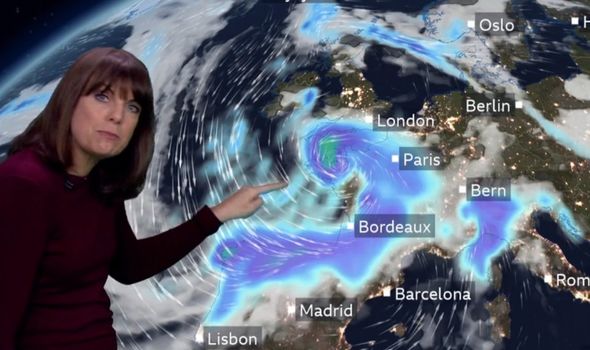 Ms Powell added: “This system looks like it will centre up around Brittany in France.

“It will bring strong winds to the south of the UK and the north of France.

“In contrast on the other side of Europe it is a quiet day for Turkey and much of Greece.

“There will be sunshine for southern Italy but towards the northwest, there will be heavy and relentless rain. 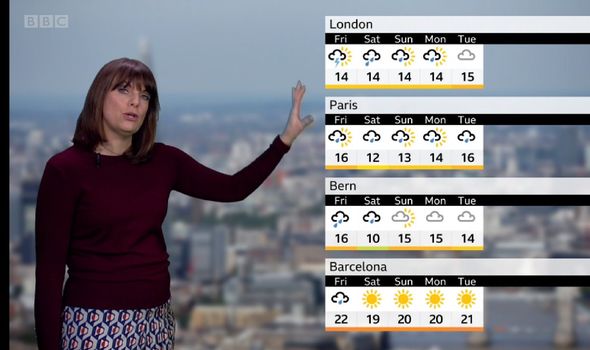 “Warnings have been issued for the potential of flooding here also.

“Rain swings through but the strong winds are the greatest of concern, particularly across the northwest of France.”

Temperatures for west Europe will remain largely in the mid-teens for many cities.

Throughout the stormy weather, temperatures in Paris and London will struggle.

Barcelona will be one of the few areas in the west of Europe that will see temperatures exceed 20C.