BBC Weather forecaster Darren Bett warned of heavy rain throughout Europe over the next few days. He noted that in some areas in Scandinavia and highland areas in Europe the wet weather could turn to snow. The south east of Europe will see warm temperatures that reach the mid-teens.

In contrast, north Europe and the Scandinavia could see temperatures as low as -12 Degrees Celsius.

Mr Bett said: “For many northwestern parts of Europe it is going to be dry and cold.

“We have high pressure beginning to dominate and what that does is steers areas of low pressure, coming in from the Atlantic, further south across Europe.

“This will then bring these bands of cloud, meaning more wet and windy weather. 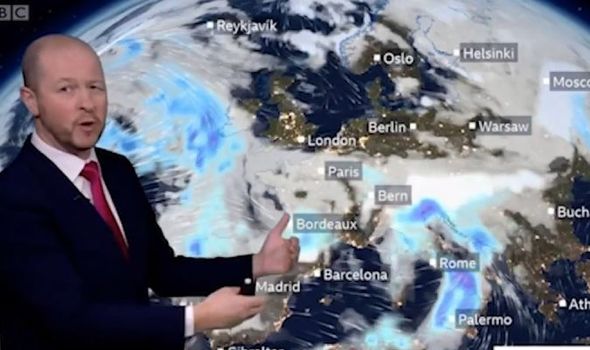 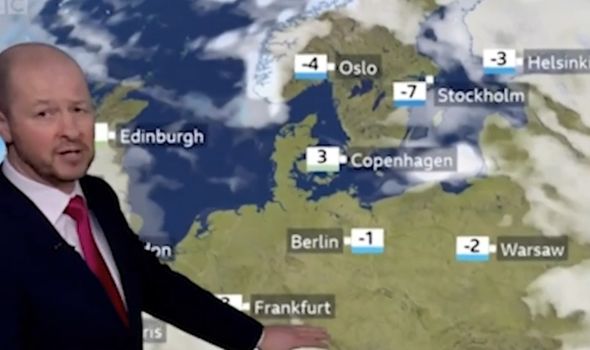 “This will be a mixture of rain and snow pushing its way eastwards across more southern parts of Europe.”

The BBC Weather forecaster noted that further east, temperatures will reach the mid-teens.

Bands of rain will still reach as far as Turkey and create a wet start to the new week.

Mr Bett said: “Those temperatures have dropped off a bit in Iberia but in some areas, it is still reasonably warm for the time of the year. 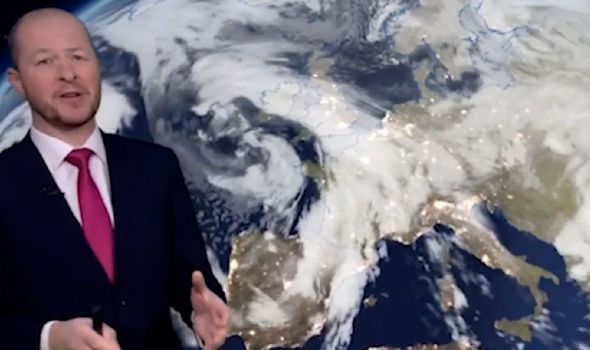 BBC Weather: Rain and snow to move in across the UK

For northern parts of Europe, temperatures will contrast significantly compared to the south-east.

BBC forecaster said: “Further north we are going to get some snow as it is colder around Slovakia and Slovenia. 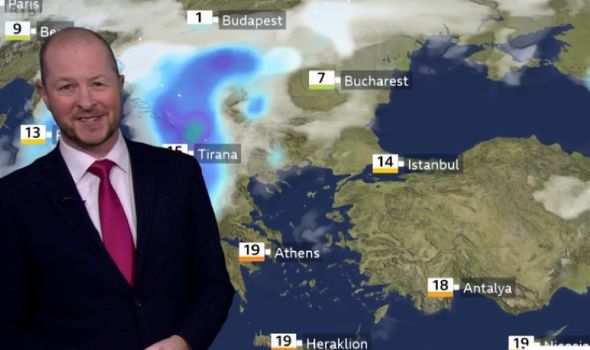 “Continuing northwards it gets colder still but this time it is generally dry and there will be sunshine across southern parts of Scandinavia, northern Germany and much of Poland.

“It will still be cold here on Monday and there will be another band of wet weather making its way into France and the Alps.

“There will be more snow here but it should get drier in the Balkans and many parts of Spain it will be dry as well.”