Weather conditions across Europe are looking “quite lively” at the moment, according to BBC meteorologist Chris Fawkes. Pointing to a satellite picture of the Atlantic, the presenter explained that an area of cloud is heading across the UK and into the heart of Europe as well. He forecast that this will be “rain-bearing cloud”.

Mr Fawkes told viewers: “As it pushes eastwards across Germany, the rain will tend to get lighter and patchier as we go through Friday.

“A lot of cloud will follow with a little drizzle too.

“Some more damp weather will push into Belgium, the Netherlands and northern portions of France.

“All the while it will be fairly gusty.” 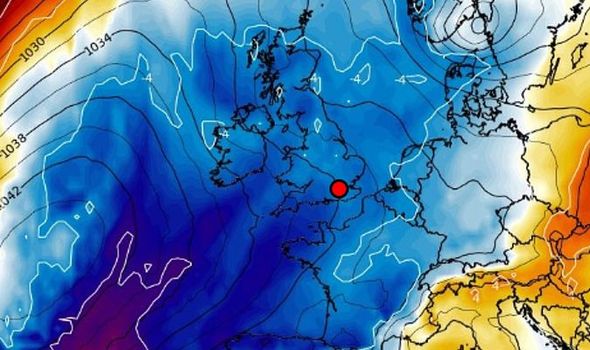 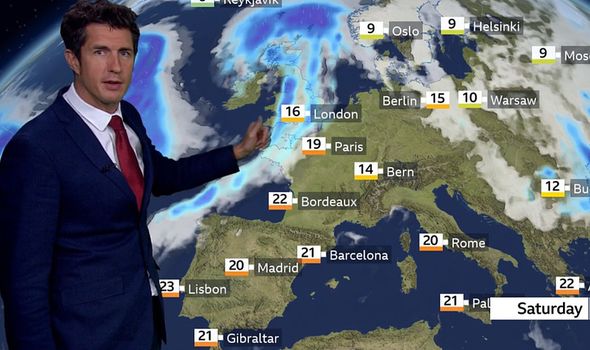 He continued: “Now we’re looking at some heavy showers in Turkey through Thursday and Friday as well.

“Some of these could have hail mixed in with them, so there weather will be quite lively.

“For Greece though the weather is looking increasingly drier towards the end of the week.

“There’ll be more sunshine with showers tending to fade away.” 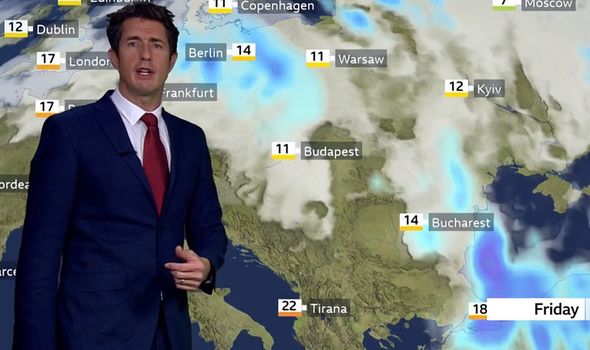 The BBC presenter added: “Now we’ve still got cool air with us in Scandinavia.

“Temperatures are struggling with highs of about seven is Oslo and Stockholm.

“It will be cold enough to see some snow across those higher elevations in Sweden and Norway.” 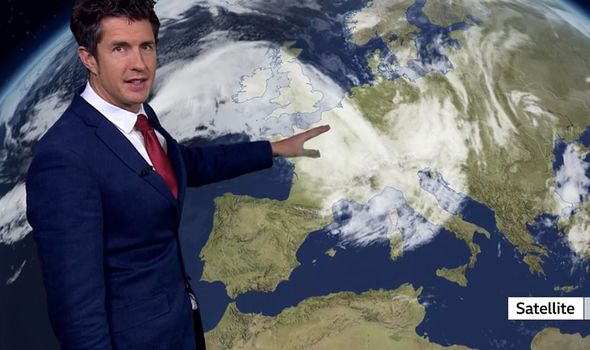 Mr Fawkes said: “On Saturday, there’s some potentially disruptive winds working into the western side of the United Kingdom, perhaps part of the south as well.

“Rain will move across the UK into northern areas of France.

“But across central Europe there’ll be a drier day with more sunshine to go around.

“After a sunny day in Paris on Saturday, we’ll see more cloud and rain moving in through Sunday and into Monday as well, but it will turn at least a little bit milder for a time.

“Meanwhile in Kyiv, there’ll be rain over the next few days.”