BBC Weather forecaster Stav Danaos claimed the hot weather is set to continue for most areas in Europe. However, he said the Balkans will experience some flash flooding and thunderstorms over the weekend. As the new week begins, parts of western Europe will also see thunderstorms and showers.

Mr Danaos said: “Thunderstorms, heavy rain and flash flooding are issues expected across the Balkans the next few days.

“The remnants of the storms and heavy showers continuing across the Balkans.

“They will be extending a little bit further southwards.

“In the next 24 hours it looks like most of Greece will be in the firing line for some of these thunderstorms as well as southern Italy.” 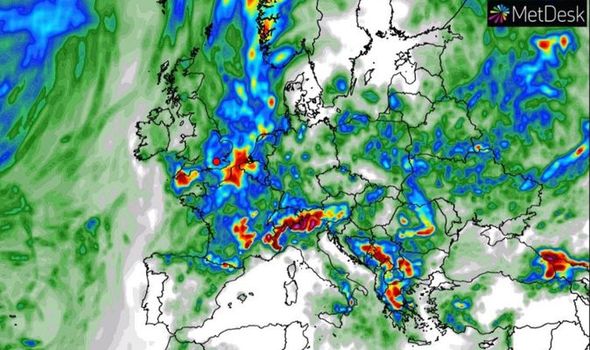 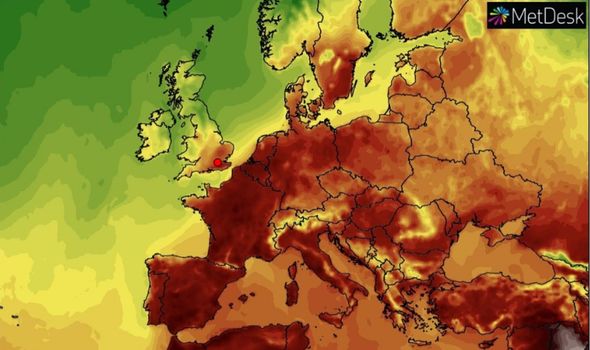 The BBC Weather forecaster explained across the rest of Europe the heatwave is set to continue into the weekend.

He said: “Elsewhere, the story is about the heatwave in central, northern and western Europe.

“There will be pretty typical summer temperatures across the eastern Mediterranean.

“Then as we drift into the Balkans is where we will have those thunderstorms. 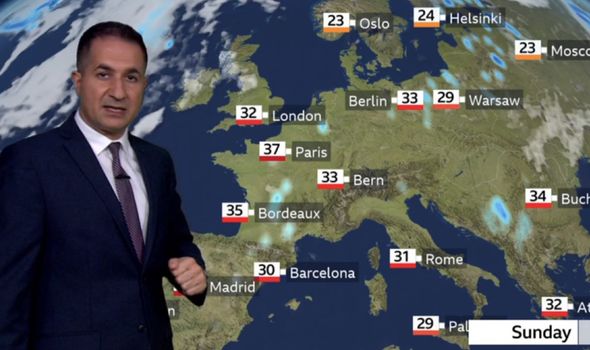 “Into central and eastern Europe there will be high temperatures for Germany and parts of Poland.

“That heat will get into southern Scandinavia as it is wetter and cloudier towards the north.”

The weather forecaster noted that towards the end of the weekend much of central and western Europe will still be experiencing hot temperatures.

However, there will be an increased chance of rain and thunderstorms. 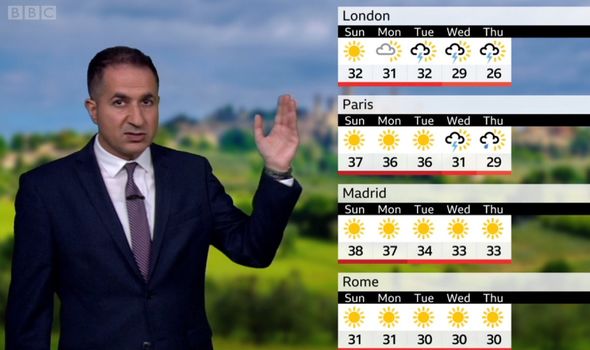 He said: “As we head on into Sunday across central parts of Europe we will start to see threats of showers and thunderstorms developing.

“That is going to be the theme as we head on into the new week.

“It will stay pretty hot and humid to start with, the chance of thunderstorms will increase for London and Paris through the week.”