BBC Weather forecaster Susan Powell noted there is a heavy rain system set to move through Europe this week. Western Europe has already started experiencing heavy downpours as the rain is pushed further east through Europe. However, in the meantime parts of eastern Europe will enjoy hot temperatures above 25C for the next few days.

Ms Powell said: “Through the weekend we saw some unusually warm weather across parts of western Europe.

“This is particularly true in France, the Low Countries and Scandinavia.

“The warm air was getting pulled up from the south ahead of this area of low pressure.

“The whole thing is pushing eastwards now, this cold front will make itself eastwards through Tuesday and Wednesday. 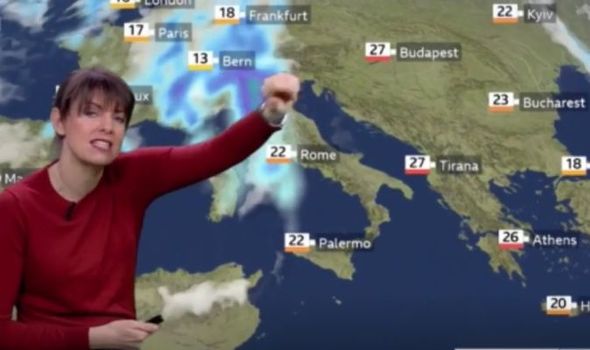 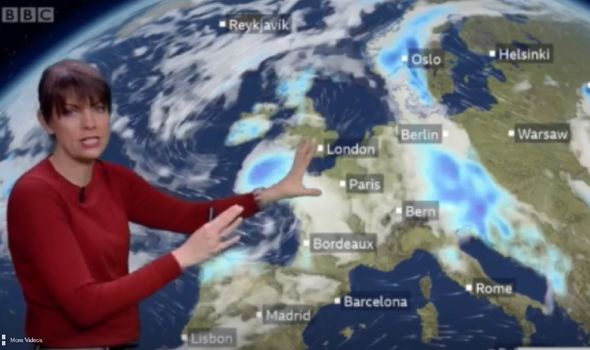 Despite this wet start to the week for many across western Europe, there is still a lot of sunshine and warmth in the east of Europe.

For Tuesday and Wednesday, areas like Tirana, Athens and Budapest can expect temperatures to nudge near 27C.

Ms Powell continued: “Further east, we still have a lot of sunshine and a lot of warmth to be found across Greece and Turkey. 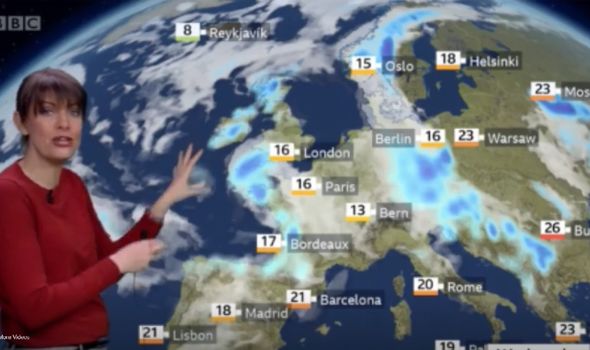 “It will be somewhat to the north of the Black Sea, the tail end of this low pressure will produce some heavy rain as it goes into western Russia.”

The BBC forecaster went into greater detail about how extensive the rain would be over the next few days.

The forecaster said: “There will be heavy rain to come for parts of Switzerland, northern Italy and the south of France.

“I suspect on Tuesday, showers will be reaching as far north as the low country and that front starts to bring its influence into the Balkans on Wednesday. 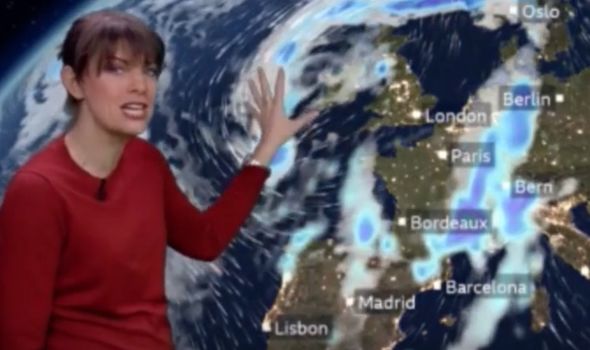 “It is looking wet across Scandinavia and it will be cooler here too.

“Then there will be another low that chases in for western Europe.

“It is looking pretty unsettled for the days ahead.”