BBC Weather forecaster Stav Danaos forecast rain with patches of sunshine for much of Europe over the next few days. Central Europe will see some of the greatest showers while it shares the cold air with Scandinavia. There will be pockets of warm weather and sunshine, however, most notably in the south-east of Europe.

However, it will remain wet and mild for many over the next few days, with the temperature still below average for the time of year.

Mr Danaos said: “Temperatures are remaining below the seasonal average for much of the European continent.

“This is particularly true of central and northern parts with cold northerly winds persisting.”

The BBC weather forecaster noted that in south-east Europe there would be warm weather in contrast. 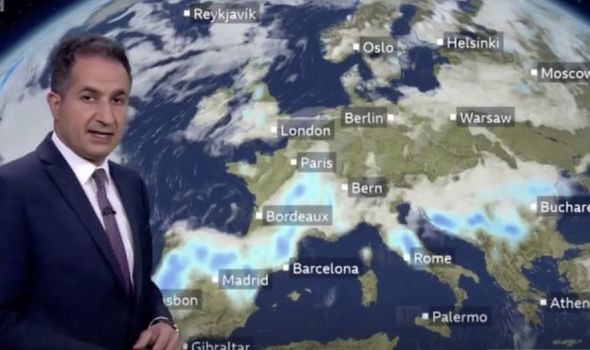 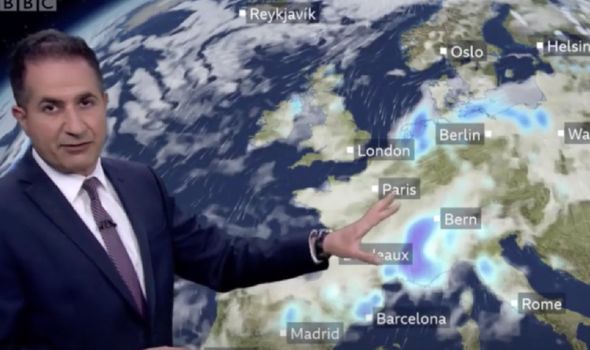 He said: “Further south we have got some heat flirting with the central-southern Mediterranean.

“It is this southeast corner, Greece, in towards the eastern Mediterranean that will see the highest temperatures over the next few days.

“Temperatures will be closer to the mid-30s in Cyprus.

“It has been very hot indeed across this area but the temperatures are coming down from Wednesday onwards. 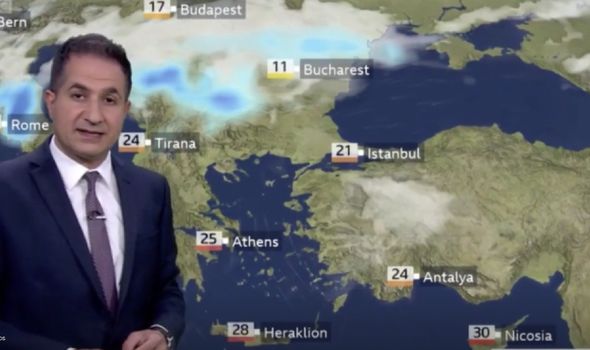 “There will be plenty of sunshine across Greece and the islands with a few showers impacting the Balkans.

“It is north of these showers where we are looking at fairly fresh air there.”

Mr Danaos continued to explain the wet weather that will stick around much of central Europe.

He said: “It will be a chilly start to the day, temperatures will reach around the mid-teens but it does remain below Denmark, Northern Germany and Scandinavia. 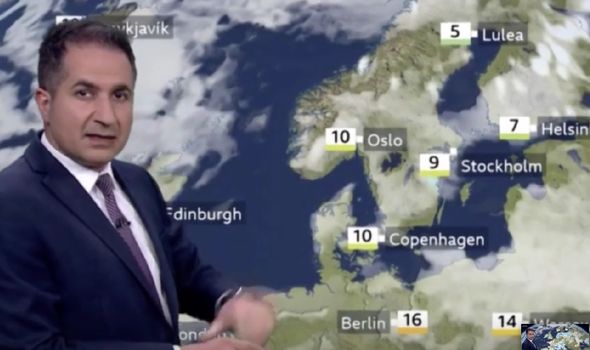 “There will also be further snow showers in Finland and central northern Sweden.

“We have got this area of rain affecting the Alps, southern France, the Pyrenees as well.

“There will be some sunshine for Spain into Portugal.

“Even here temperatures could be a bit higher, certainly for late April.”