Britain is experiencing record-breaking cold temperatures as a freezing front grips the country. BBC meteorologist Sarah Keith-Lucas warned that after a mild start to next week, temperatures will begin to plummet again amid an influx of freezing Arctic winds. The BBC Breakfast weather presenter added that temperatures dropped as low as -4C overnight.

Keith-Lucas said that a brisk cold wind will dominate the weather today, “particularly in the east”.

She continued: “On the satellite images you can see we are wedged between two areas of cloud.

“One area is moving in from the Atlantic and another area of cloud is moving across near the south-east.

“That slow-moving area of low pressure is what has brought strong winds and heavy showers in the east over recent days.” 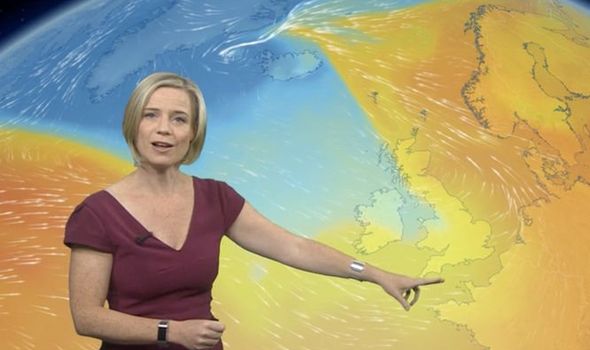 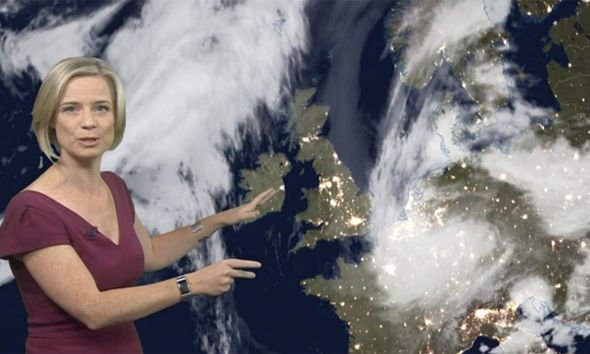 She said that after a “chilly start to the day,” a good portion of the UK will get blue skies and sunshine.

However, eastern areas will experience 50mph wind gusts and heavy downpours, which “could cause some issues”.

Keith-Lucas added: “We have a chilly night overnight but temperatures won’t fall quite as low as they did last night.

“In fact we have temperatures out there right now at -3C and -4C across Scotland and Northern Ireland. 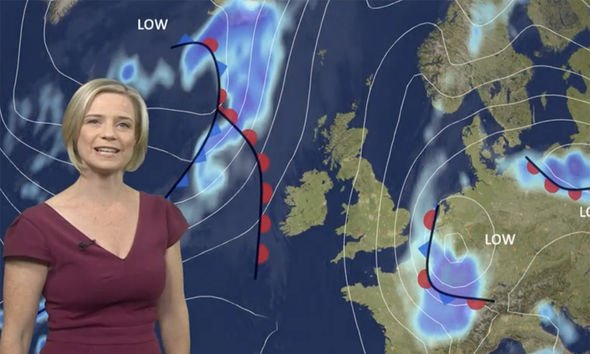 “On Monday morning, we have the next area of low pressure coming in from the Atlantic, but it is quite weak.

“Overall, it is less blustery and a little bit warmer too. Temperatures in London up to 19C.

“Through the middle part of the week, low pressure will begin to line up from the Atlantic, bringing us a pretty unsettled story.” 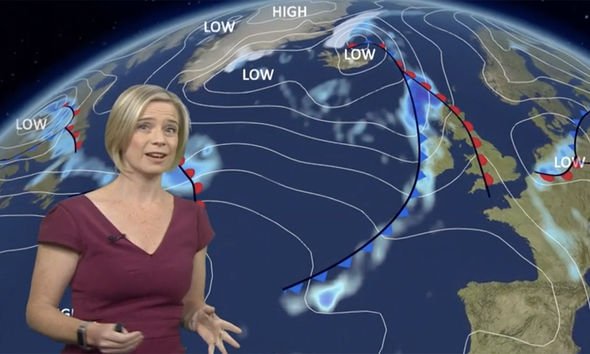 She said that temperatures will “turn cooler again at the end of the week”.

Keith-Lucas explained: “From Wednesday onwards, after a pretty mild start to the week, we will see cooler winds coming in from the north-west and a return to autumnal, blustery and unsettled weather.”

Temperatures plummeted to -5C overnight on Thursday this week – the coldest September night in 23 years.

On Friday morning, residents in Leeds woke up to snowfall.

Last night, Northern Ireland saw its coldest night on record, with temperatures dropping to -4C – with the previous lowest temperature in the region registered at -3.6C.