Barron was nine years old when he enjoyed the luxury of his own floor, according to Town & Country. The floor, which his mother Melania Trump described as “Barron’s living room”, was complete with its own kitchen, living room, and quarters for a nanny and Melania, the future First Lady explained in a 2006 interview. Melania had posed for pictures with her newborn for People magazine a few weeks after Barron’s birth.

She said at the time: “He’s a very good baby. He’s not like a crybaby ‒ he’s calm and it’s fantastic.

“Sometimes I just think, ‘Oh my God, this is my baby. I have a baby.’ There’s nothing like it.”

Melania also explained in the interview how she had been given a gold pram, complete with its own chandelier, from US chat show host Ellen DeGeneres after Barron was born. 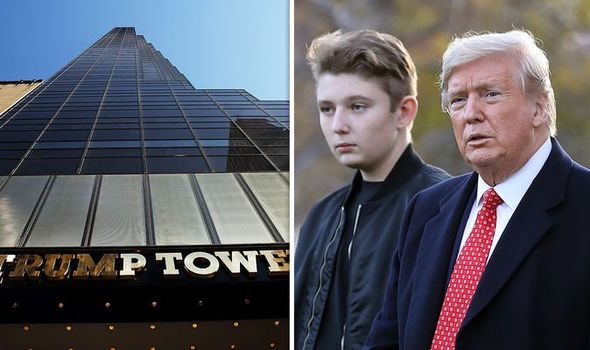 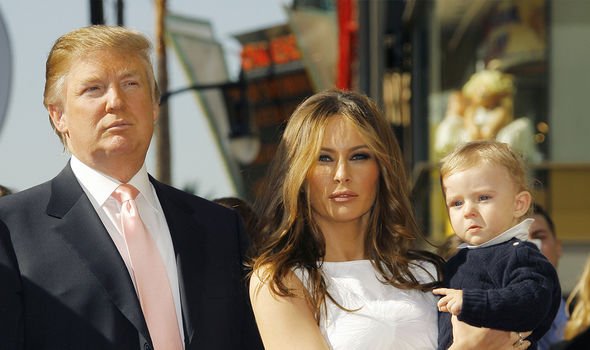 One said: “Sadly, many Americans think things like a golden stroller are a good thing.

“A sign of success, instead of selfish and evil.”

However, another was more forgiving, insisting that “Ellen bought the stroller as a joke.”

Nevertheless, such a gaudy item would not have been out of place in the Trump home, as Mr Trump is known for his love of gold. 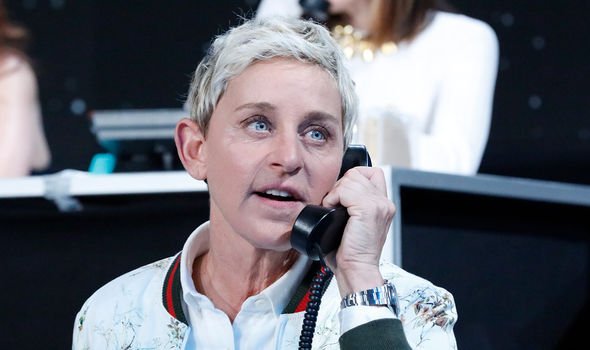 After Mr Trump won the presidential election in November 2016 and was inaugurated in January 2017, Melania broke from tradition by not moving to the White House immediately.

Instead, she and Barron stayed behind in New York so he could finish his school year, before moving to Washington DC.

This caused some controversy after CNNMoney reported it cost more than $1million (£800,000) per day to provide security for them.

They now live on the second floor of the White House, away from the presidential offices. 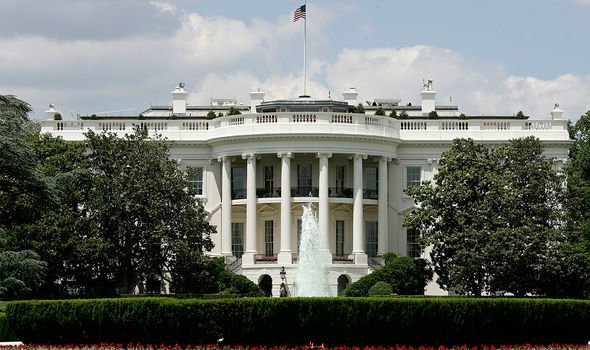 Barron, now 14, is believed to have access to a bowling alley, basketball court, a cinema, a jogging track, a billiard room and a swimming pool in the White House.

The First Lady’s only child has sparked a flurry of comments about his height, after pictures emerged of him walking with his family across the lawn at the White House, on the way back from his father’s Mar-a-Lago resort in Florida.

Barron can be seen towering over his model mother, who stands at 5’11’’, and is even taller than his father who is 6’3’’.

At Christmas, Barorn was noticeably missing from the Mar-a-Lago annual Christmas Eve dinner, while his parents celebrated.

It is unknown why he did not attend, but social media users accused Mr Trump off not spending time with his teenage child.

Melania, however, has always claimed her husband is an excellent father.

Even as far back as the 2006 interview, just two weeks after Barron’s brith, she said he is an active father, waking up with Barron in the morning and watching TV and reading the newspaper in the couple’s bedroom.

However, she admitted that when Barron needed his nappy changed, the real estate tycoon would say: “It’s time to see Mommy.” 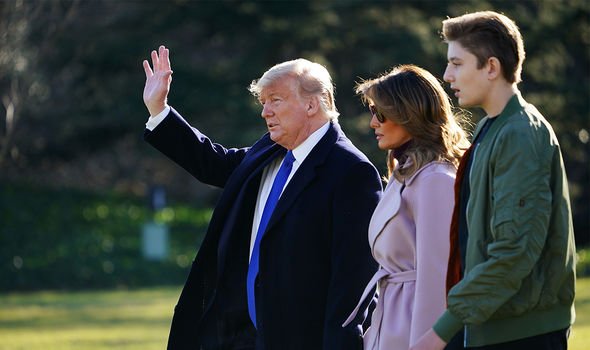 However,she added that he had been a good role model for his older children from previous marriages ‒ Donald Jnr, Ivanka, Eric and Tiffany ‒ by being strict but fair.

She said: “He lets you know what he thinks is right and wrong.”

Melania also astonished viewers of The View at the time by claiming her labour was “great” and “very, very easy”.