BURNLEY, England (Reuters) – At the peak of Britain’s coronavirus outbreak in April when hundreds were dying each day from COVID-19, Kirsty Anderson was rushed to hospital to give birth to her baby son who had not been due to arrive for another three months. 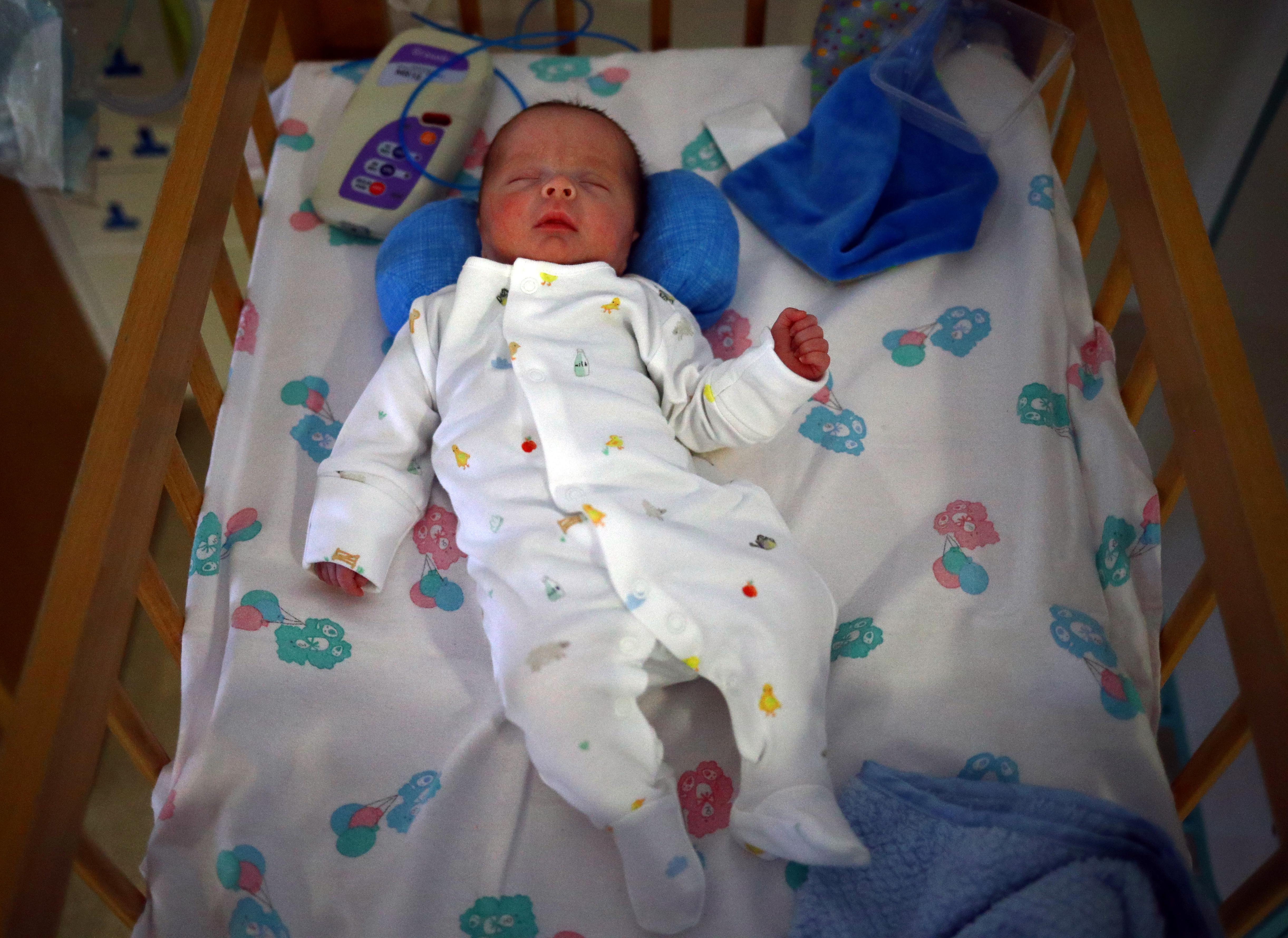 Father Leon Stubbs, 35, was only allowed to see Kirsty 20 minutes beforehand and after Theo’s birth, they had just an hour together before he had to go home.

In the weeks following the stressful events in the early hours of April 20, the parents then had to take turns to visit their son as he grew stronger in an incubator.

It was during this time that a Reuters photographer took a picture of tiny Theo with his limbs outstretched being handed to his mother by a nurse wearing gloves and mask, an image that featured prominently in British newspapers and on online news sites globally.

It was an absolutely horrendous time, Kirsty, 33, recalled, and due to COVID-19 the family could not see him together.

But this week, Theo – now weighing in at 6lb 4oz – was finally allowed to go home to meet his older brother, 16-month-old Arlo, for the first time in person.

“He’s fabulous, he’s done so well,” Kirsty told Reuters as she was leaving the hospital with Theo and Leon. “Amazing, absolutely amazing – I just can’t wait for his brother to see him.”

As staff who had looked after Theo waved them farewell, a tearful Kirsty paid tribute to what they had done for her.

“I can’t thank them enough,” she said. “They’re here to sort the babies out but they get you through it as well. I honestly don’t have enough words to thank them, they’re amazing.”