An Oxford University spokesperson has said the move was precautionary, stating that they have yet to uncover any health issues among the young people involved in the trial. The vaccine trial at Oxford University involved five-to-17-year-olds and had been running since February 2021. A Wall Street Journal report claims the University halted their trial and are now awaiting advice from the UK’s regulator, the Medicines and Healthcare products Regulatory Agency. 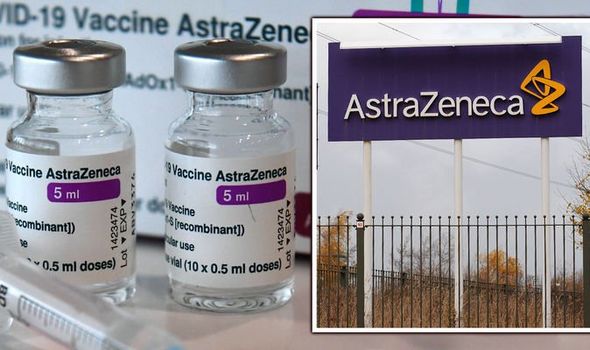 Dozens of people have developed a deadly blood clot in the brain after receiving the jab.

The links between blood clots and the vaccine are unproven, but the new trial has been halted until new tests can be carried out concerning the safety of the inoculation.

The news comes as Marco Cavaleri, head of vaccines at the European Medicines Agency (EMA), said that blood clots in the brain, that can lead to a stroke, were occurring more often than expected in younger people after taking the vaccine.

Speaking to the Wall Street Journal, an AstraZeneca spokesman said the company was awaiting the outcomes of the UK’s regulatory reviews, and declined to comment further.

The pause is a major setback for the Oxford-AstraZeneca vaccine.

The inoculation has faced doubt over its efficacy and the potential side effects, such as blood clot fears.

This new setback comes as tens of millions of people have already received the jab in more than 70 countries.

Last week Germany suspended the use of the AstraZeneca vaccine in the under-60s age bracket.

However, German medical regulators argued there was “no evidence” to support age-based restrictions.