Vasa was a prominent Swedish warship, built on the orders of King Gustavus Adolphus as part of the military expansion he initiated in a war with Poland-Lithuania to build his empire. The vessel was armed to the teeth and decorated flamboyantly as a show of the King’s ambitions for Europe, but the warship foundered after sailing just 1,300 metres on its maiden voyage on August 10, 1628, due to its unstable hull. Though located just a mere 30 metres below the surface, the ship was forgotten about until the Fifties, when young oil engineer Anders Franzen set out on a mission to solve the mystery.

He said: “1961 in Stockholm, the capital of Sweden, an enthusiastic crowd gathered at the water’s edge in the middle of the city.

“It’s hard to imagine now, but in 1628 when Vasa sank, Sweden was one of the great military powers of Europe.

“For 30 years, war was raging across the continent, Vasa was the most modern and powerful warships imaginable, armed with 64 cannons. 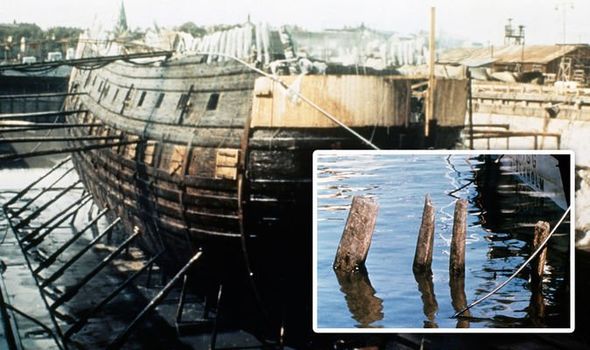 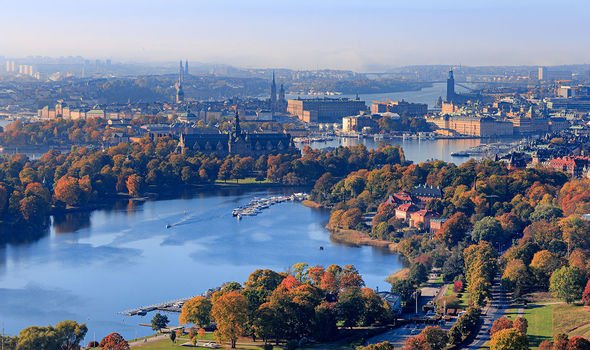 “It was also a work of art, a dazzling display of intricate carvings and brightly painted wooden figures.

“But she sank ignominiously on her first voyage, only a few hundred metres from where she had been moored, by the Fifties, she was all but forgotten.”

Mr Mansel explained why Mr Franzen was determined to solve the mystery.

He added: “One man, however, Anders Franzen, was determined to find her.

“Anders was an oil engineer, but he never lost his childhood fascination for old ships, but the one that interested him most was Vasa, because of the connection to Sweden’s greatest King and the brief moment as a great power. 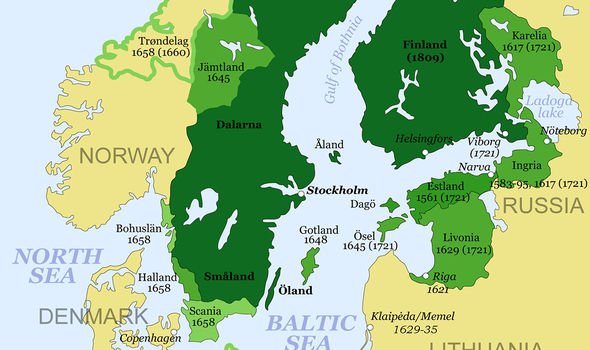 “He realised that the water of the Baltic Sea had probably preserved the ship in perfect condition, by raising her, he hoped to find a pristine time capsule of the 17th century.

“He knew roughly where Vasa laid and he became a familiar site, motoring systematically back and forth in his small boat summer after summer.

“Mostly, he later wrote, he found mostly bicycles, Christmas trees and dead cats, but finally in the late fourth summer his persistence paid off.”

In a segment from 1992, Mr Franzen can be heard explaining the moment everything changed.

He said: “One day in 1956, I picked up a bit of black oak from a spot that matched the old documents pretty well.”

Mr Mansel detailed how divers were sent below the surface to probe the find. 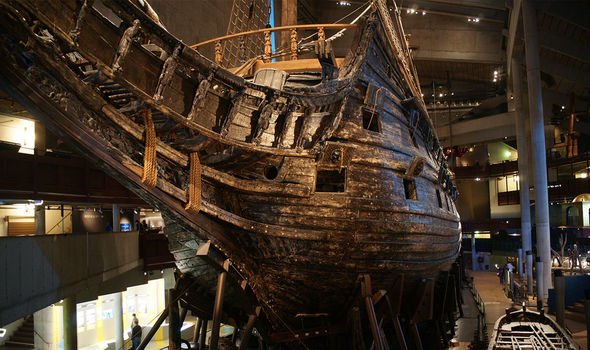 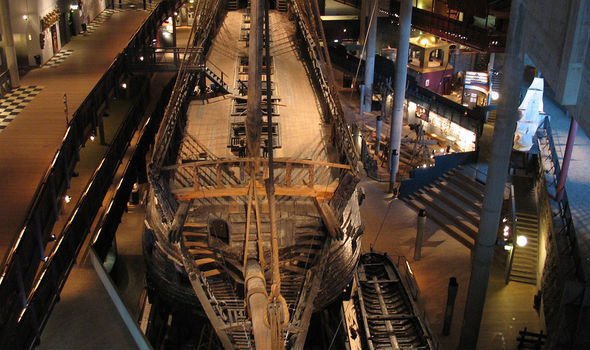 He added: “Black oak was what he had been looking for, this is what they built ships from in 17th century Sweden.

“Anders persuaded the Navy to send a diver down to see if he really had found Vasa, but for the diver, it was too dark.

“But he could feel he was next to a large ship, so he climbed up and came across a square hole.

“It was at this moment he realised he had found a ship with two covered gun decks.

“It was obvious that they had found Vasa and the divers blasted a series of tunnels through the clay under Vasa.

“They put steel cables through the tunnels and attached them to the surface on either side.”

He said: “I remember that day in August 1959 when we lifted her for the first time, she had been laying at a depth of 32 metres and we lifted her up to 16 metres.”

Mr Mansel revealed how the warship was brought to the surface in an almost pristine condition.

He continued: “Over a period of two years they lifted Vasa stage-by-stage.

Vasa was housed in a temporary museum called Wasavarvet until 1988 and then moved permanently to the Vasa Museum in the Royal National City Park in Stockholm.

The ship is one of Sweden’s most popular tourist attractions and has been seen by over 35 million visitors since 1961.