Dating back as far as 2000BC, many of the Mayans’ impressive constructions are still standing in the jungles of southeast Mexico, Guatemala, Belize and western parts of Honduras. Archaeologists have spent decades trying to map and understand their society, but thanks to technology known as LIDAR (Light Detection and Ranging) they were able to digitally remove the overgrown jungle. The breakthrough revealed the ruins of a sprawling pre-Columbian civilisation that was far more complex than first thought.

And their findings were explored by National Geographic’s Albert Lin during their ‘Lost Cities’ documentary.

He said: “I’m passionate about the ways new technology can help reveal secrets of the ancient world.

“We have this augmented reality platform built based on LIDAR data and it should be able to tell us what’s beyond the trees.

“It says there is a massive temple just around the corner and it’s huge, it gives you chills up your back. 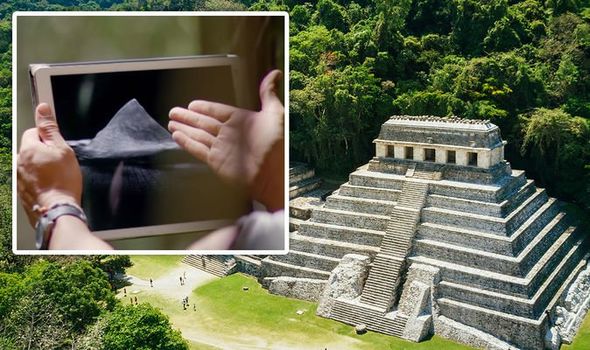 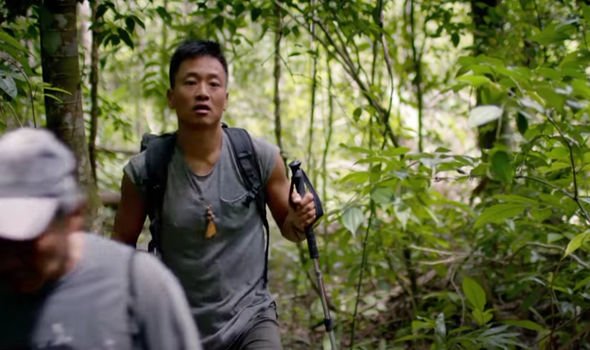 “We just followed a map created by lasers in the sky and then bushwhacked for hours to this point to find this.”

The landscape, near already-known Mayan cities, is thought to have been home to millions more people than research had previously suggested.

And Mr Lin explained how the new breakthrough is exposing more ancient secrets.

He added: “This pyramid is just one of tens of thousands of new discoveries revealed by new technology that sees beneath this jungle for the very first time.

“It is allowing experts to create a treasure map of a lost world and it’s transforming our understanding of one of history’s most mysterious civilisations – the Maya. 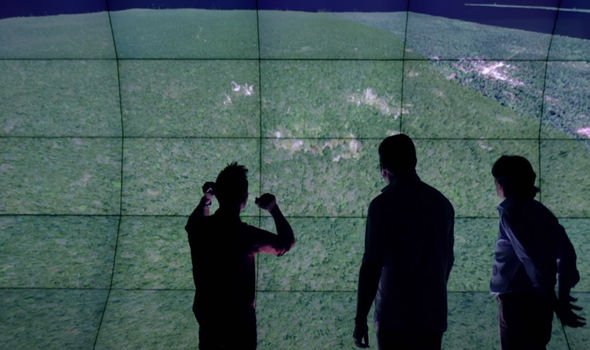 “We see buildings cosmically aligned like all Mayan cities – every building in the heart of Tikal has been extensively mapped.

“But hidden in the jungle it has never been possible to see it in all its glory, until now.”

Researchers mapped over 810 square miles in northern Peten by flying a plane armed with millions of lasers over the region, exposing 60,000 structures including houses, fortifications and causeways on a 3D map.

They also found irrigation and terracing systems that supported agriculture for a civilisation that was one of the most advanced to arise in Mesoamerica. 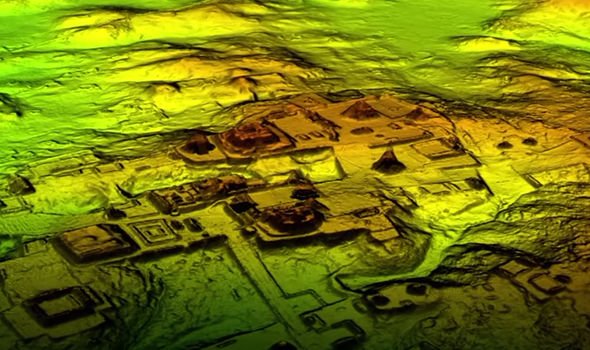 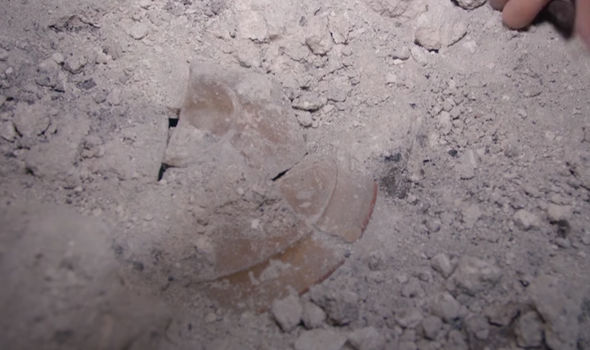 Mr Lin explained why archaeologists are now hoping it will lead to even bigger finds.

He continued in 2018: “After more than a century of study, archaeologists thought they knew every inch of Tikal, but they were wrong.

“The LIDAR reveals a previously unknown pyramid hidden in plain sight, close to the very centre of the city.

“Mistakenly overlooked as a natural feature, the team think this could be an intact tomb of the richest Tikal Kings.

“For the Maya, burials within pyramids were reserved only for the most important people and finding a royal tomb is incredibly rare.”