Archaeologists in China have unearthed a tomb believed to belong to a couple that was buried together over 1,000 years ago. The couple were buried side by side and connected through a small window, called a fairy bridge, to allow them to continue their marriage after death. The brick coffins and ceramic tile pillows inside the tomb are thought to date back to the Northern Song Dynasty, 960 to 1127 AD.

They are part of the Yangjiawan archaeological dig site in the village of Nanfentang in Ningxiang in Central China’s Hunan Province.

Earlier this month, for the first time since the 1,000 tomb cluster was discovered in 2007, the site was evacuated.

To many within China, Archaeology can be considered a taboo topic as some view it as desecration of the dead.

Researches at the Hunan Archaeology Institute have argued they were forced to move on the land before the area was to be razed for the construction of the Ningxiang-Shaoshan Expressway. 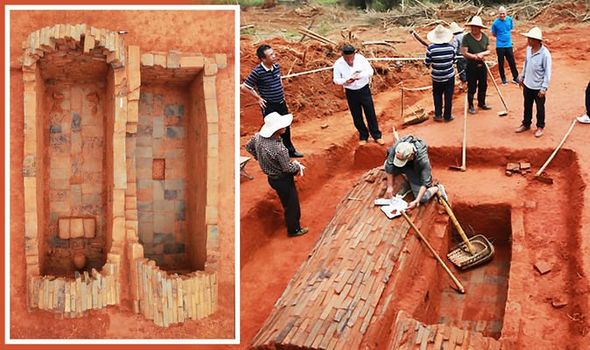 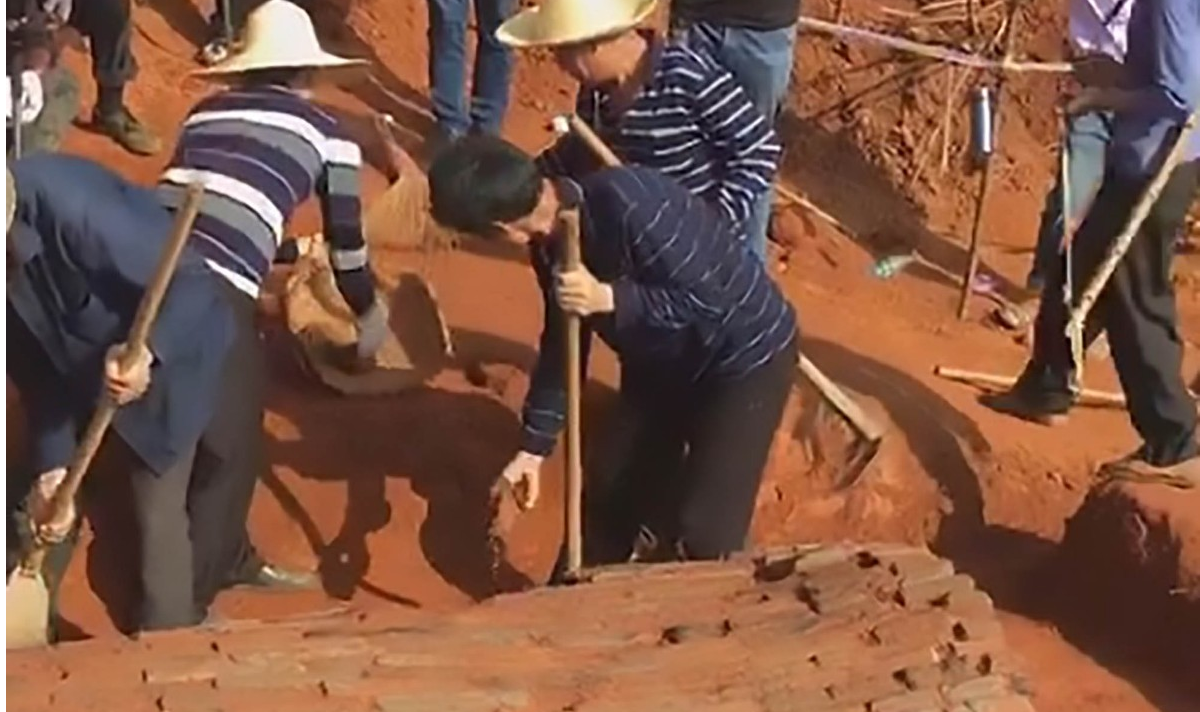 In comparison, 13 burial objects were found inside a nearby tomb from the Eastern Han Dynasty.

Mr Yang also explained it was uncommon for couples to be buried together during this time period.

He added the use of the tiny window was also rare and indicative of Northern Song burial customs. 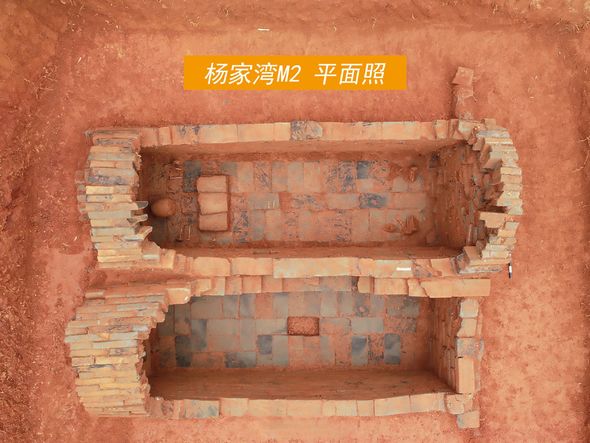 The fairy bridge highlighted an ancient belief that the window would allow the couple to connect once more in the afterlife according to the institute.

Mr Yang admitted the identities of the decease would be nearly impossible to determine.

However, he said charcoal fragments found outside the tomb indicated that a traditional burial ceremony may have taken place.

Remnants of the ritual can be analysed using carbon dating techniques, and would allow researchers to roughly determine when the couple were laid to rest, he added. 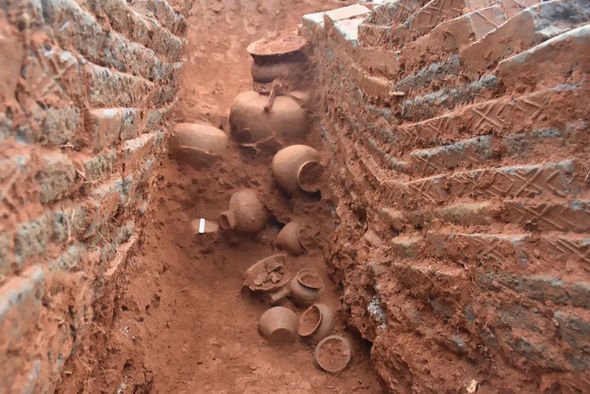 In the nearby Eastern Han tomb, an iron cauldron and stand were among the most significant finds.

Mr Yang noted the cooking tools were similar to the ones used today for the traditional Chinese meal known as hot pot.

It is expected the excavation work will conclude before the motorway, which is set to open to traffic in 2022 and passes through the village.