Rick Wiles, who is senior pastor, has been hospitalised with Covid after saying he would never get vaccinated because it is a “mass death campaign”. His website, TruNews, announced at the weekend that he had tested positive and had to be taken to hospital for oxygen.

Mr Wiles told his TruNews audience last month that he was not going to get vaccinated because he believed jabs were being used to commit a “genocide”.

“I am not going to allow the Covid maniacs to convince me to be vaccinated. There is a mass death campaign underway right now. I am going to survive a global genocide.

“The only good thing that will come out of this is a lot of stupid people will be killed off.” 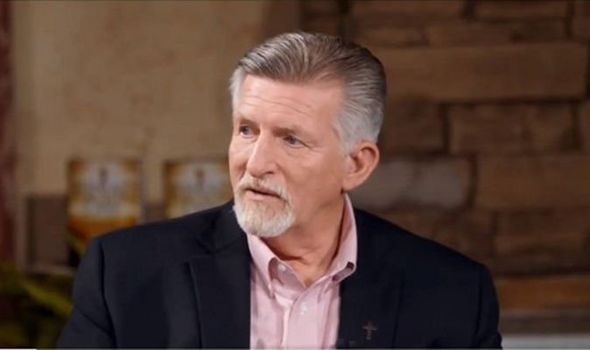 TruNews suddenly suspended broadcasts last week, announcing that it was “experiencing a sudden cluster of flu and Covid among some employees and their relatives”.

The outlet then announced on Sunday that Mr Wiles had been hospitalised and urged followers to pray for him: “URGENT REQUEST- please be praying for Rick Wiles right now. Please report so that there is an army of people praying.”

Mr Wiles and TruNews has been accused of promoting racist, antisemitic, homophobic and Islamophobic content.

In 2014, Mr Wiles said that the spread of Ebola “could solve America’s problems with atheism, homosexuality, promiscuity, pornography and abortion”.

The outlet frequently described Barack Obama as a “demon from hell” and Mr Wiles said that he had “spiritually sodomised the nation”.

TruNews announced that Lauren Witzke, a Republican Senate candidate, will fill in and co-host Mr Wiles’ nightly TV programme for the next two weeks.

Ms Witzke is a self-described flat earther and has voiced her support for conspiracy theories related to 9/11, QAnon and antisemitism.