A fire has broken out at Andorra’s National Stadium, a day ahead of England’s World Cup qualifying match there.

Images show fire crews tackling a small blaze at Estadi Nacional, where Gareth Southgate‘s team are due to play against the hosts tomorrow evening.

Authorities and fire crews are on the scene, with flames seen enveloping the gantry, and smoke billowing across the pitch and towards some nearby flats.

The fire broke out midway through a Sky Sports live report, three hours after England had been training there. 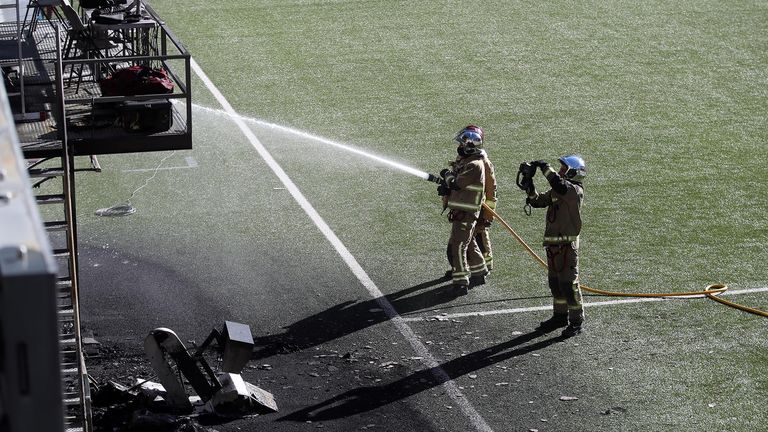 Sprinklers were used to get the fire under control at the 3,300-seater stadium.

It is not known what impact this will have on the game tomorrow.

On Thursday, it was announced an all-female refereeing team will take charge of Saturday’s match.

England are preparing to face minnows Andorra having collected 16 points from a possible 18 in Group I, including a 4-0 win over their weekend opponents during the last international break in September. 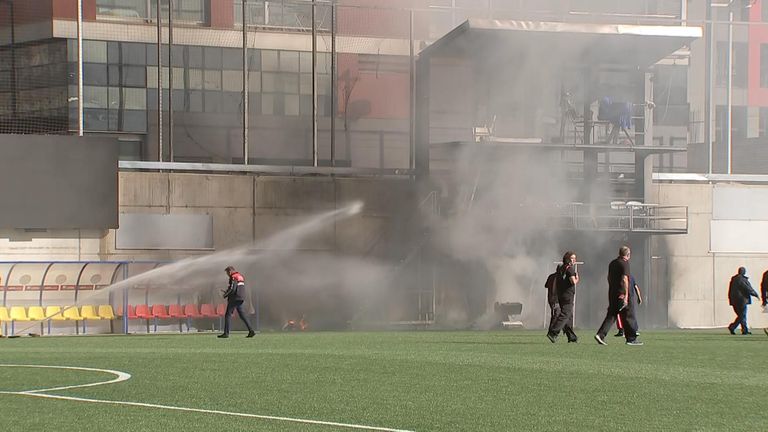 Southgate’s side then welcome Hungary to Wembley on 12 October, as they look to take further steps towards qualifying for the 2022 World Cup in Qatar.