CARACAS (Reuters) – Three weeks before he was shot dead, Miguel Calderon, an inmate in the lawless Los Llanos jail on Venezuela’s central plains, sent a voice message to his father. 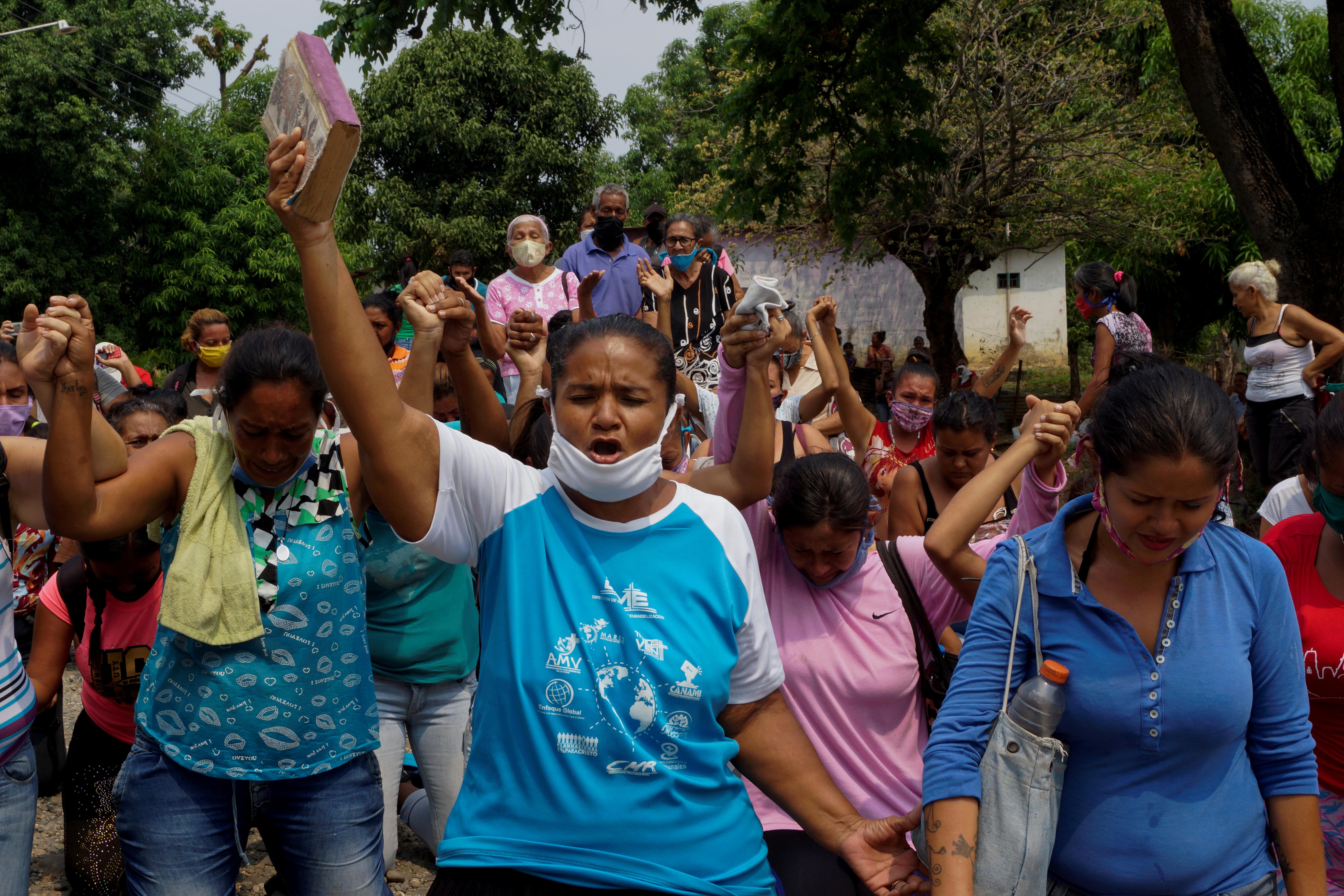 “We live among the shit and the trash,” the 26-year-old former soldier, convicted of car theft, said in the message reviewed by Reuters.

Like many of the prisoners in Venezuela’s overcrowded and violent penitentiaries, Los Llanos’s 4,000 inmates normally subsist on food relatives bring them. But authorities banned visits due to a coronavirus quarantine imposed in March.

The guards, desperate themselves amid national shortages, began stealing the little food getting behind bars, inmates said, forcing some prisoners to turn to eating stray animals.

By May 1, Calderon and other convicts could bear it no longer. Around midday, they crowded around the jail’s entrance, demanding change and some attempted to escape, according to two witnesses and three other people familiar with the incident.

A contingent of National Guard soldiers guarding the perimeter opened fire, hitting scores of inmates, they said. Calderon was among them.

By the day’s end, 47 prisoners had died and 75 more were injured, the Venezuelan Observatory of Prisons rights group said, the latest in a history of massacres in Venezuelan jails. The two people in the jail at the time, questioned by Reuters, say soldiers executed several of the wounded on the ground.

The day after, the United Nations Human Rights Council expressed grave concern and called for an investigation.

The information and prison ministries did not respond to requests to comment, and Reuters was unable to speak to any of the guards or soldiers present during the incident.

Venezuela’s chief prosecutor Tarek Saab said on Friday that authorities were investigating the incident and were conducting autopsies on 47 victims.

The local National Guard detachment, in a statement on the day, said the penitentiary’s director had been stabbed while attempting to speak at the entrance with inmates and when they attempted to flee, “they were shot down.”

The story of the massacre has been buried by news of a bungled invasion against President Nicolas Maduro’s government, linked to the opposition, in which two former U.S. soldiers were captured and eight people killed.

State television has been lauding Venezuelan soldiers for repelling just the sort of U.S. incursion the Socialist party has long warned of, allowing Maduro to deflect attention away from the killings in Los Llanos and other reported rights violations.

A U.S. State Department statement said on Thursday that Maduro was using the failed invasion “to justify an increased level of repression” and was “attempting to avoid responsibility” for the prison deaths.

Deadly riots are common in Venezuela’s teeming prisons, where crime groups hold control, often with penitentiary authorities’ consent. But this delicate balance of power is being destabilized by the coronavirus crisis.

Nowhere have the shortages been felt more severely than in prisons, home to an estimated 50,000 inmates. With the government barely able to pay its own workers or secure imports for subsidized food, the welfare of prisoners has slipped even further down the agenda.

Calderon was imprisoned four years ago in Los Llanos, a complex of dirty white jail blocks ringed by rusted fencing overgrown with vegetation, on the outskirts of the city of Guanare, capital of Portuguesa state.

In the message to his father, Victor, he said he lived in a ramshackle sector of the prison called Jumanji, where prisoners slept in shacks “like dogs” as there was no space in the cells. The people in Jumanji were known as “the stained ones,” he said.

Calderon described to his father how at one point he saw a cat’s head rolling on the ground and a group of “happy prisoners” who had found and eaten the animal. Prisoners, he said, defecated in the open.

The jail’s gang leader, known as Olivo, in a WhatsApp message sent to various people locally after the deaths and shared with Reuters by an assistant in prison, said officers were “provoking inmates” with the new restrictions.

“They have stolen the food that our families sacrifice to send us,” Olivo said.

Olivo, in the message, said inmates on May 1 went “peacefully” to the entrance to express their worries to the prison’s director and seek “a solution, not a conflict.”

Reuters could not reach Olivo directly.

The National Guard referred to him as “the leader” in their statement, using the same alias.

Calderon was hoping to receive food, the two people with him at the time later told Victor in voice messages also reviewed by Reuters. In messages sent to Reuters via Victor, they declined to be identified due to security concerns.

Tensions rose outside, though it is not clear what sparked the shooting.

“I told him, ‘don’t stay here, move’,” one person with him said in a message.

But Calderon stayed put, the person said. As gunfire rang out, he was shot in his leg and chest, both people said. His friends dragged him back inside while soldiers went around “finishing off” prisoners lying injured on the ground, they said.

General Gherson Chacon, commander of the National Guard in Portuguesa, did not respond to messages seeking comment.

The two people there at the time said they took off Calderon’s clothes to look for more bullet holes, but blood bubbled through his mouth and he “asphyxiated.” According to one person, before dying, he said: “Why do these things happen to us?”

Guards left Calderon’s rake-thin body, dressed only in underpants, on the ground outside the prison alongside the other corpses as blood pooled around them, photos sent to Reuters by local opposition lawmaker Maria Martinez showed. Victor identified Calderon in the photos. 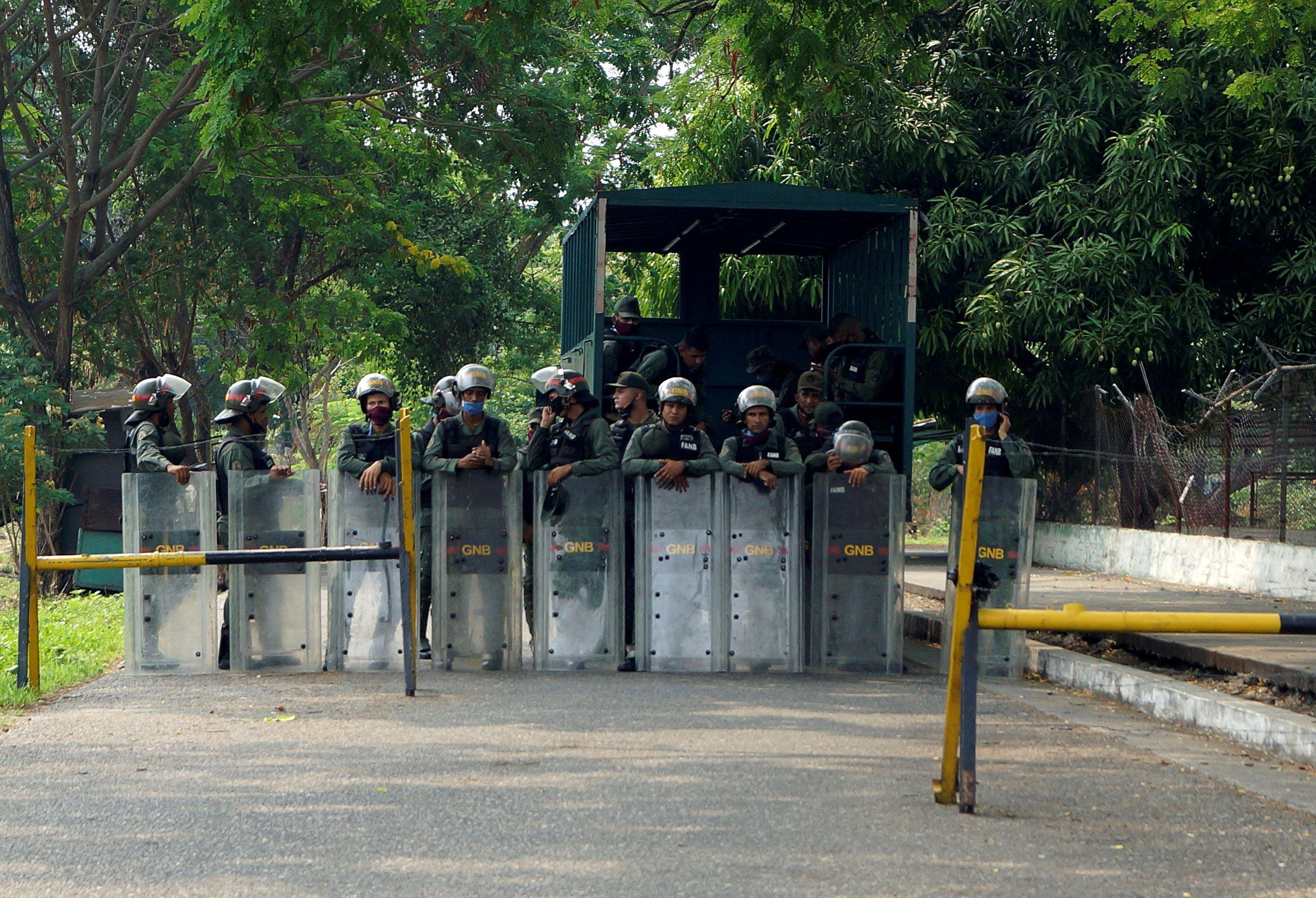 Police returned Calderon’s body to Victor the following evening and his family buried him the morning after in a cemetery by Guanare.

In a phone interview, Victor said they had not received an official autopsy report confirming his son’s cause of death. Calderon was named in a list of 30 of the deceased published in pro-government newspaper Ultimas Noticias on May 4.

“The government is not interested in letting the truth behind the massacre come out,” Martinez said.