A Ukrainian eight-year-old girl is fighting for her life in hospital after being stabbed at a refugee accommodation centre in Ireland. The youngster, who had begun primary school just a few weeks ago, suffered suspected stab wounds in the attack.

The child’s mother was also found unconscious at the domestic residence.

The property, in the village of Clarecastle in County Clare, was being used as emergency accommodation.

Both mother and daughter are understood to be Ukrainian nationals who are among up to 15 people who have relocated from the war-torn country since the start of the conflict with Russia. 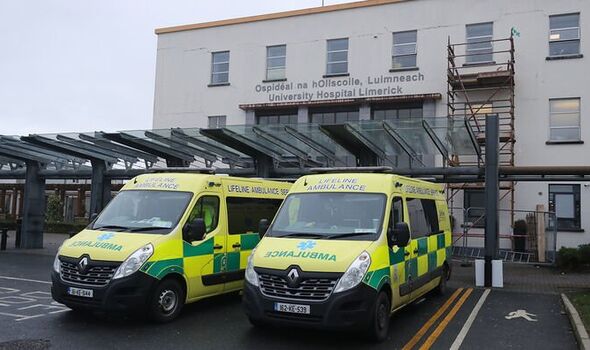 The child, who has serious injuries, including numerous suspected stab wounds to the neck, was initially treated at University Hospital, Limerick.

The Irish Independent reports that she was later transferred, with a police escort to a specialist hospital in Dublin.

She was unable to be airlifted as a result of poor weather conditions.

The girl’s mother, who is aged in her 40s, was also brought to University Hospital.

Her mother, aged in her mid-40s, was found unconscious at the scene and was brought to the Limerick hospital, where she is in a critical condition.

Investigators are believed to be awaiting a toxicology report on the woman in order to determine the cause of her collapse.

One local woman said: “I have seen a couple of children going in and out. If she is the child I am thinking of, she is a lovely little thing,” said one local woman.

“They are only here for maybe three or four weeks.

“But you wouldn’t see them out playing in the front because it’s on the main road.

“There is definitely a large group living there, though, but nobody would know them.

“I don’t know what to say or even think about what I am hearing. I didn’t realise anything happened until I saw all the guards outside.

“There are a lot of elderly people living along this stretch of the road and this is just the last thing you want to happen. It would make you afraid.

“The poor child. I hope we get good news about her.

“It’s a shock. And even the guards looked very shook.”