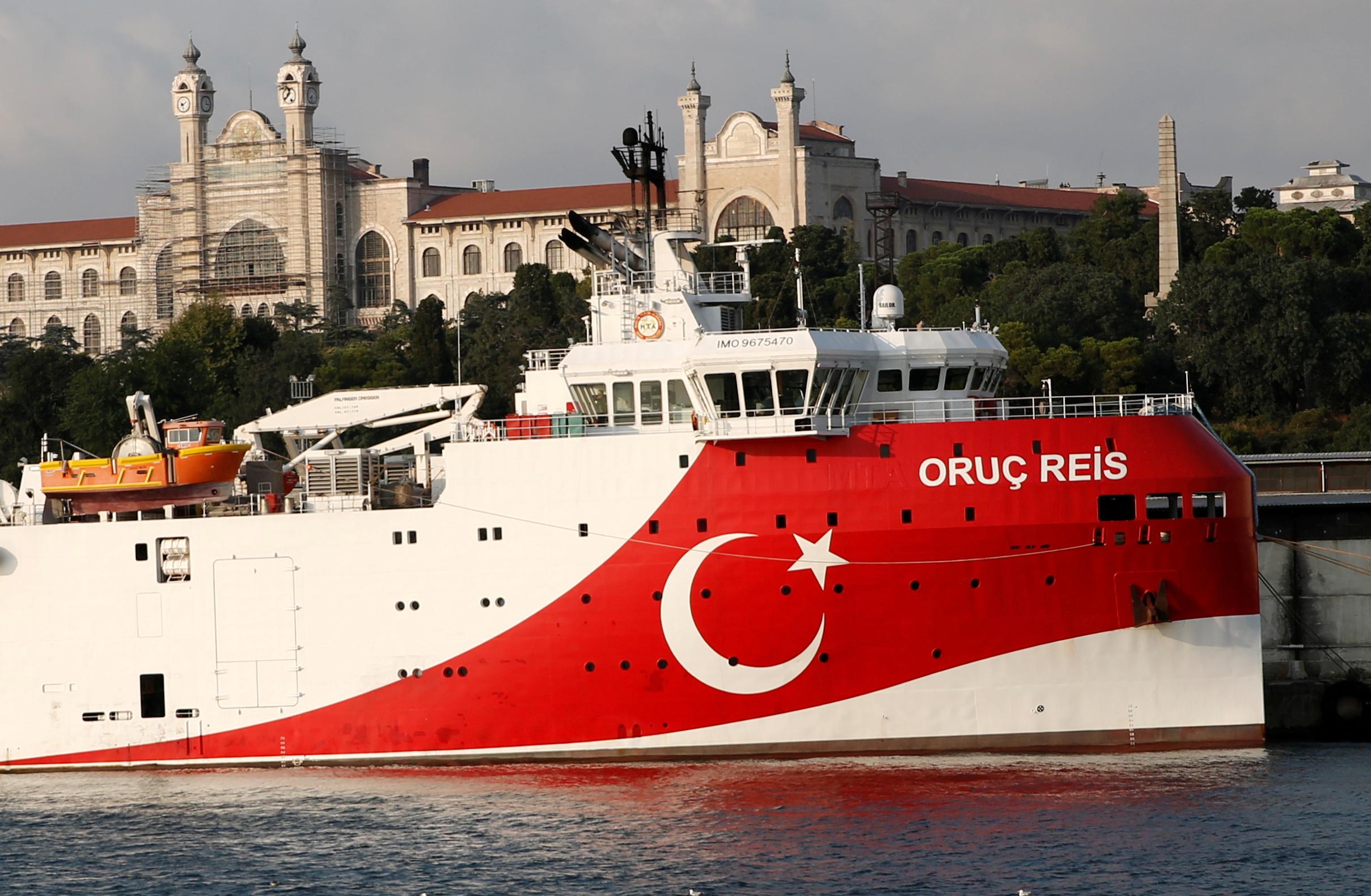 ATHENS (Reuters) – The French military conducted training exercises with Greek forces off the southern island of Crete on Thursday, defence sources said, as tension persisted with Turkey over disputed waters in the eastern Mediterranean.

Thursday’s exercise was the first manifestation of French President Emmanuel Macron’s commitment to temporarily reinforce his country’s presence in the eastern Mediterranean. France has called on Turkey to halt oil and gas exploration in disputed waters.

Greek Prime Minister Kyriakos Mitsotakis discussed the situation in the region with Macron by telephone on Wednesday.

On Thursday, the French armed forces ministry said it was sending two Rafale fighter jets and the naval frigate ‘Lafayette’ to the eastern Mediterranean.

The frigate and the jets had arrived in Crete earlier on Thursday and carried out joint manoeuvres with Greek forces, the Greek defence sources said.

“Emmanuel Macron is a true friend of Greece and a fervent defender of European values and international law,” Mitsotakis tweeted, in French, after the call with Macron.

Tensions have simmered between NATO allies Greece and Turkey in recent days over overlapping claims to hydrocarbon resources in Mediterranean waters.

A Turkish seismic vessel, the Oruc Reis, has been sailing between Crete and Cyprus since Monday, despatched by Ankara days after Greece signed a maritime deal with Egypt designating an exclusive economic zone between the two nations.

Turkey says it plans to open up some of the area for potential hydrocarbon exploration, and a precursor to that is collecting seismic data it can process and sell to potential bidders. Both countries lay claim to the area.