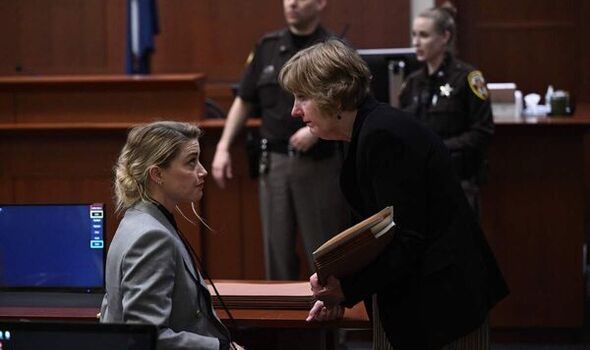 Kate James accused the Aquaman actress of “twisting” her terrifying real-life ordeal “for her own use”.

The PA also claimed Ms Heard drank heavily, used drugs and was so insecure about her relationship with Johnny Depp she used to hide
magazine articles from him.

But she said she never saw any evidence that the Pirates of the Caribbean actor had hit her boss.

Ms James was speaking via video-link on the third day of evidence in the defamation trial between the two stars who divorced in 2019.

The PA suffered a horrific ordeal when she was raped at machete-point in Brazil three decades ago.

But she told the court in Fairfax, Virginia, Ms Heard turned her experience into “a story to benefit herself”.

Ms James, who worked for the actress between 2012 and 2015, said she never saw Mr Depp using illegal drugs or abusing alcohol. But she said there was “lots of heavy drinking” by Ms Heard, who also used magic mushrooms, ecstasy and cocaine.

Ms James said her former boss often appeared drunk and used prescription medication, including acne drug Accutrane, that doctors advise should not be taken with alcohol.

She described the actress as a “very dramatic person” who would complain or cry about her relationship.

The PA said she had to pick up two copies of any magazine featuring Ms Heard, but she was told to store them in her garage as the actress did not want Mr Depp to see them.

Her boss “went absolutely ballistic” if she failed to put them away.

She said she would sometimes get the “evil eye” from Ms Heard if she were seen speaking with Mr Depp.

The jury heard from marriage counsellor Dr Laurel Anderson who said there was “mutual abuse” between the stars and Ms Heard had initiated incidents.

She said: “If he was going to leave her to de-escalate a fight, she would strike him to keep him there.” Dr Anderson said Ms Heard had shown her photos of bruises, but she had never witnessed any abuse.”

The trial stems from a complaint Mr Depp, 58, filed in 2019. He alleges Ms Heard defamed him in an article in The Washington Post in which she described herself as “a public figure representing domestic abuse”.