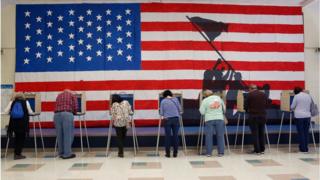 The race for the White House has begun in earnest, and the outcome of the 2020 US general election will have an impact around the world. So what stage are we at now and how do you win the presidency?

This will be a presidential campaign like no other. Just as the Democratic contest was winding down, and former Vice-President Joe Biden was strengthening his grip on his party’s nomination, the US election was derailed by the outbreak of the novel coronavirus.

President Donald Trump, the Republican nominee, and Mr Biden, the presumptive Democratic nominee, have effectively moved their campaigns indoors, skipping the rallies and rope lines that are typically front and centre in an election season.

In the coming months we’ll find out who has won over enough voters – in the midst of a pandemic – to clinch the presidency in November.

From caucuses to conventions, here’s what you need to know about the presidential election.

What are the main parties?

Unlike many other countries, in the US, there are only two parties considered by most voters – the Democrats (the liberal, left-of-centre party) and the Republicans (the conservative, right-of-centre party).

Other “third-party” candidates sometimes participate, with the Libertarian, Green and Independent parties occasionally putting forth a nominee.

Before party nominees square off in the general election, presidential hopefuls battle for their party’s nomination in caucuses and primary elections (“primaries”) across the country.

There’s nothing regarding primaries in the US Constitution, so the game play is determined by party and state laws.

State governments run primary elections – not the parties – in essentially the same way they run the general election.

State laws determine if these primaries are closed, meaning only those registered with that party can vote, or open, where unaffiliated voters can also participate.

If a candidate wins a primary election, they win either all or a proportion of the state’s delegates, depending on party rules. Those delegates will then vote for them at the party convention, where the presidential nominee is officially named.

It’s a system that became widespread for the presidential election in the 1970s. Before that, a nominee was selected by party members at conventions.

In 2016, just over 57 million Americans – 28.5% of eligible voters – participated in the primaries of both parties, according to the Pew Research Center.

The primary process is rather uniquely American, but there are some similarities in Australia and Israel for “pre-selecting” candidates.

A handful of states, like Iowa, have caucuses instead of primaries. Caucuses are run by the parties in precincts across the state.

As they are not run by the state governments, caucuses give parties more flexibility in determining the rules, like who can vote. For Democratic caucuses, no ballots are cast, and votes are determined by standing in groups around a room.

Do both parties hold primaries?

As Democrats are looking to unseat Mr Trump, who is all but certain to be the Republican nominee, their primaries are more closely watched.

In April, Mr Sanders announced his exit from the race, making Mr Biden the last candidate standing and effectively crowning the former vice-president the Democratic nominee.

Most states also hold primaries, with Mr Trump’s name on the ballots but he has faced no serious challengers.

How does voting work with stay-home orders?

Some states have moved forward with primaries despite ongoing lockdown measures to curb the spread of the coronavirus.

Wisconsin was criticised for holding an in-person vote on 7 April despite health concerns related to the virus, while other states like Wyoming, Ohio and Kansas, held their contests by mail.

A total of 15 others, including Delaware, Maryland, Pennsylvania and Rhode Island have postponed their primary elections as late as August.

But it’s all academic because Mr Biden is presumptive nominee.

When exactly will Trump face a challenger?

The Democratic National Convention, where the party will name its nominees for president and vice-president, will be held in mid-August in Milwaukee, Wisconsin.

That’s a month later than initially scheduled because of the virus outbreak. It could yet be a virtual event.

The Republican National Convention happens later, between 24 August and 27 August. Technically, President Trump is not the official Republican candidate until it is announced at the convention.

That’s more likely to be an in-person event because Republican leaders are generally more bullish about returning to “normal”.

After that, we can look forward to four debates when President Trump or Vice-President Mike Pence take the stage along with their Democratic challengers.

The nonpartisan Commission on Presidential Debates, established in 1987, sponsors and runs these debates. The first of three presidential debates will take place in Indiana on 29 September, with two more in October.

The vice-presidential debate will take place 7 October in Utah.

So how does a candidate win the general election?

The popular vote – the sheer number of votes received by each candidate – will have nothing to do with determining the winner of the 3 November general election.

That comes down to the “electoral college” vote. A simple majority of 270 out of the 538 votes available wins the White House. This makes some states very important to candidates, as more populous states have a bigger number of electoral votes.

It is possible to win the popular vote, but lose the electoral vote, as happened to Democrats Al Gore in 2000 and Hillary Clinton in 2016. 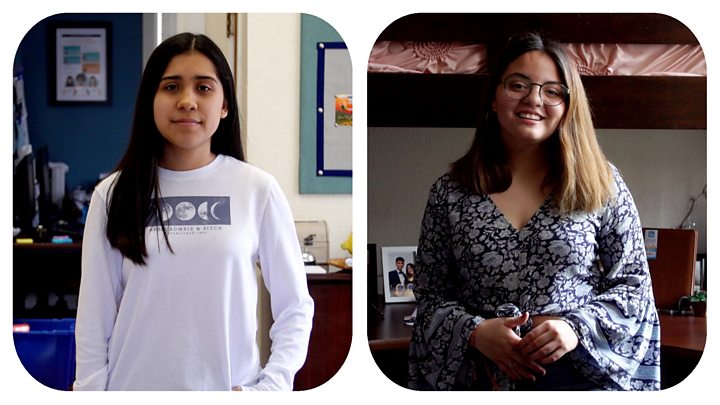 It’s the term for the officials, “electors”, who vote on behalf of the states for president.

Each state is worth a number of electors proportionate to its representation in Congress: the sum of its senators (every state has two) and representatives in the House (determined by populous).

This system gives greater weight to smaller states and means a presidential candidate must get a spread of votes from across the nation.

What are swing, red and blue states?

Republican bastions such as Idaho, Alaska, and many southern states are considered “red states” while Democrat-dominated states such as California, Illinois and much of the New England region of the northeast coast are called “blue states”.

Swing states are states that can change hands depending on the candidate.

As campaigns often choose not to send candidates or invest resources to states they consider unwinnable, the presidential contest mostly takes place in these few swing states, like Ohio and Florida.

Arizona, Pennsylvania, and Wisconsin may be considered swing states in 2020. 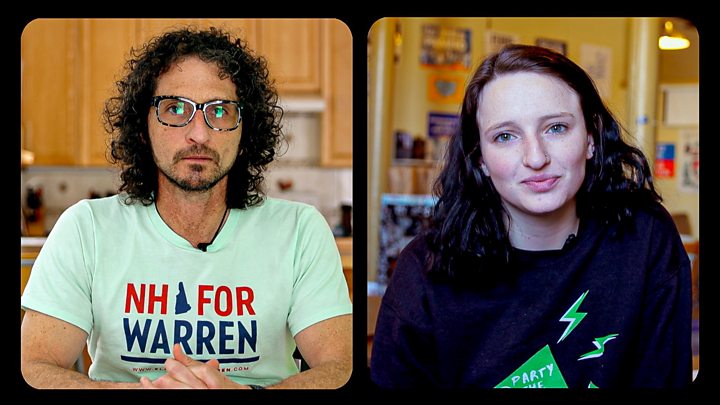 How long do voters have to cast ballots?

As with many things in America, it depends on the state.

Most offer early voting, which allows registered voters to cast their ballots ahead of Election Day (3 November).

There’s also mail-in absentee voting, for voters who are unable to go to a polling place due to illness, disability, travel plans or attending an out-of-state school.

Health concerns over the current public-health crisis have increased pressure on states to expand the availability of mail-in voting, especially in the 17 states that require voters to provide a valid reason why they are unable to vote in-person.

For those voting on Election Day, they have to go in-person to an official polling place. There is no online voting.

Each state handles its own vote counting and a winner is usually determined on the same night.

Though there has been speculation of an outright delay due to the pandemic, a change in date remains highly unlikely.

What happens if no-one wins the Electoral College?

It’s a rare situation, but it’s happened once before: John Quincy Adams won the White House this way in 1824.

What happens after a winner is announced?

There will be a brief transition period following the election, allowing a new president to select cabinet members and make plans.

In January, the new president (or returning incumbent) is sworn in at an event called the inauguration. The 20th Amendment to the Constitution – ratified in 1933 – mandates inauguration take place on 20 January.

After a ceremony at Congress, the president makes his way back to the White House in a parade to begin their four year term.