Alexander Bortnikov and Vladimir Putin were in their Twenties when they met. Both fresh out of KGB training school — the main security agency for the Soviet Union — they were stationed as offices at Leningrad, today known as Saint Petersburg. This was in the Seventies, and as the fall of the Soviet Union took shape, so too did Putin’s career.

Along with a select few others, Putin took Bortnikov along with him, and he is today one of his closest aides.

His role is a sign of just how much Putin trusts him: he is the Director of the Federal Security Service (FSB), tasked with making sure Russia’s 144 million citizens are kept in line, as well as protecting domestic land, sea and other territories.

Asides from this, little is known about the man who is thought to play second fiddle in the Kremlin. In its new ‘Siloviki Series’, Express.co.uk explores the individuals within Putin’s inner circle, looking at their histories and how they got to where they are.

Bortnikov was born in 1951 in the city of Perm, one of Russia’s more idyllic metropolises, located on the banks of the Kama River near the Ural Mountains. 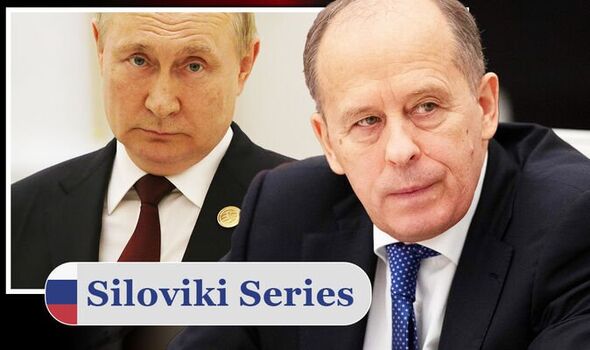 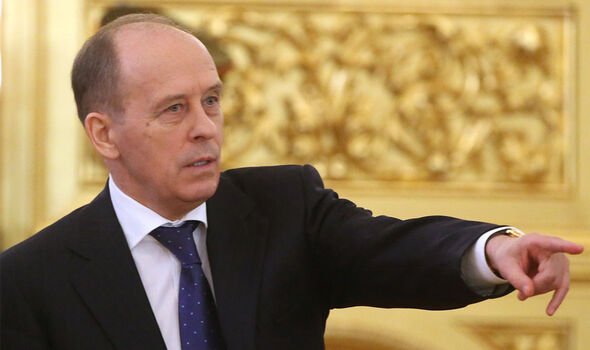 Aged just 15 he joined what was known as the Komsomol, the Communist Party’s youth wing, and later graduated from the Leningrad Institute of Railway Engineers in 1973.

On finishing his studies he immediately joined the Communist Party and secured work as a railway engineer in Gatchina.

But this line of work did not last for long, and in 1975, he signed up to the Committee for State Security, otherwise known as the KGB.

He would spend the next 28 years working in the Soviet Union’s security agency — just like many of his modern-day colleagues — acquiring the necessary skill set to hold a powerful grip over Russia.

After the dissolution of the USSR, he stayed on in the security business and worked for the KGB’s successor, the Federal Counterintelligence Service (FSK), which was later morphed into the current FSB, which he today heads.

His big break came in 2003 when Sergey Smirnov, head of the Saint Petersburg and Leningrad Oblast FSB, was posted to Moscow to become the principal deputy to the director of the agency.

This was during the Three Whales Corruption Scandal, in which Russian government bodies became tangled in a major smuggling corruption scandal. 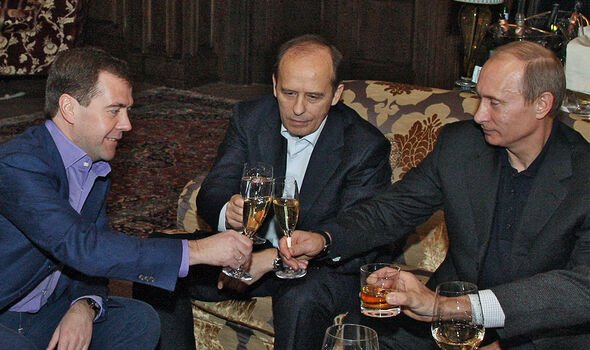 As a result of this, a mass reshuffle of officials took place, and Bortnikov was pushed to fill Smirnov’s role.

He proved himself, and a year later, in 2004, was moved to Moscow and made chief of the Economic Security Service of the FSB, one of the most serious branches inside the FSB.

Around about the same time, Sergey Naryshkin — another member of the Siloviki and who Express.co.uk recently explored — was transferred from Saint Petersburg to Moscow.

Bortnikov has since been described as one of the most central figures in the Kremlin, and among only a handful of aides that Putin trusts.

Filip Kovačević, a professor in the Departments of Politics and International Studies at the University of San Francisco, analysed Bortnikov just two days before Russia’s invasion of Ukraine.

Writing for Spy Talk, he noted how the FSB through Bortinkov is “both the brain and the heart of the Putin regime”.

He continued: “The FSB’s control of Russian political, economic and social life is unrivalled in the nation’s history, even greater than the KGB during its Soviet heyday.

“There’s no communist ideology or party nomenklatura to limit and restrain its power. 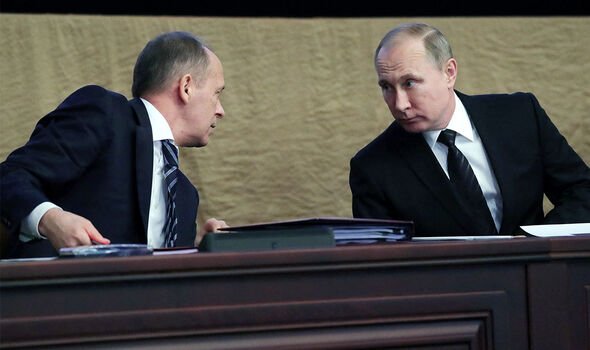 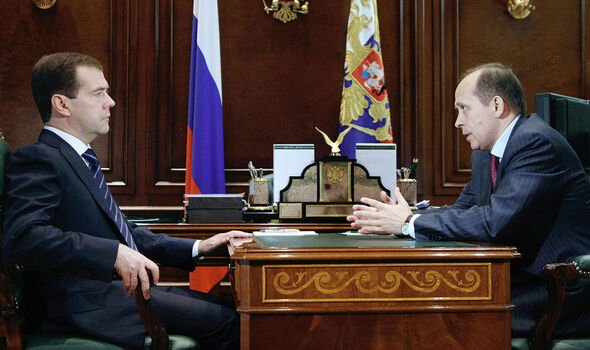 “And as an organ of the Russian kleptocracy under Vladimir Putin, the FSB has proved adept at intervening in financial matters for the personal enrichment of its top leadership, starting with Bortnikov and his family.

“He is no doubt one of the richest political figures in Russia.”

Prof Kovačević makes a distinction between Bortnikov and his contemporaries when they finished their KGB studies.

While Putin and Naryshkin were selected for advanced foreign intelligence training at the Red Banner Institute in Moscow to hone their skills as espionage agents, later sent to East Berlin and Brussels, Bortnikov stayed at home.

He writes: “Whether that was his personal preference or a recognition by the KGB that his personality lent itself more to political repression, including murder, is not known, but his physical rigidity and lack of charm in rare public appearances suggest the latter was probably the case.”

In 2007, Bortnikov was caught up in an investigation published in the Russian magazine, The New Times, about the plan to murder the defected FSB officer Alexander Litvinenko.

The report said that the “head of the FSB Economic Security Department general-lieutenant Alexander Bortnikov had allegedly been appointed overseer of the operation”. 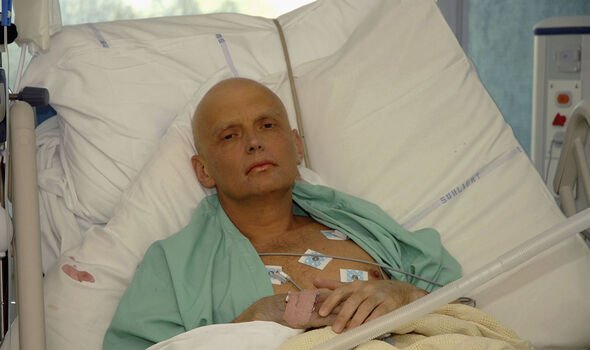 The New Times was not the only publication to link Bortnikov to the murder.

Both Novaya Gazeta and Novoye Vremya — which have been edited by Dmitry Muratov and Yevgeniya Albats respectively — both suggested that he was at the centre of “highly sensitive” political matters, including Litvinenko’s poisoning.

In that same year, Bortnikov was embroiled in a money-laundering case opened by the Russian Interior Ministry in connection with the murder of Andrew Kozlov, the deputy head of Russia’s Central Bank.

It is unclear if anything ever came of this, but Bortnkov was appointed the head of the FSB the following year.

Since, Bortnikov has been seen as one of the Siloviki members who is willing to engage in and carry out Putin’s repression of the Russian people, both at home and abroad.

Unlike many of his colleagues, he is said to be frank, open and honest about this desire.

Raam op Rusland, the Dutch analysis website, said of Bortnikov: “He is, after all, a hawk and a willing executor of the Kremlin’s political repression at home and subversion abroad.

“He also, reportedly, enjoys the usual lifestyle of a senior Russian businessman and it is widely assumed that the rapid rise of his son Denis to becoming chair of VTB bank owes at least something to his father’s position. 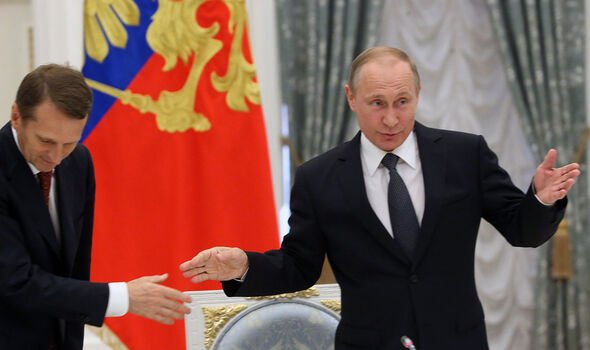 “However lukewarm an endorsement it may sound, though, by the standards of his peers, Bortnikov has a reputation as one of the more personally honest figures.

“In the words of one FSB veteran, ‘he’s not especially comfortable with what’s happening in the service, the blatant corruption, the indiscipline, the obvious mercenarism.

“But he doesn’t know what to do about it, and thinks it’s not as important as doing the [political] job’.”

Alongside the allegations of corruption and dealings with assassinations, Bortnikov has also become involved in pushing what is considered Soviet propaganda.

In 2017, an open letter penned by more than 30 Russian academics was published in the newspaper, Kommersant, hitting out at him for attempting to legitimise the Stalinist Great Purge during an interview with Rossiyskaya Gazeta.

From 1936 to 1938, attempting to solidify his power over state and party, Joseph Stalin carried out a series of genocides against political opponents, army leaders, activists, ethnic minorities and religious leaders. 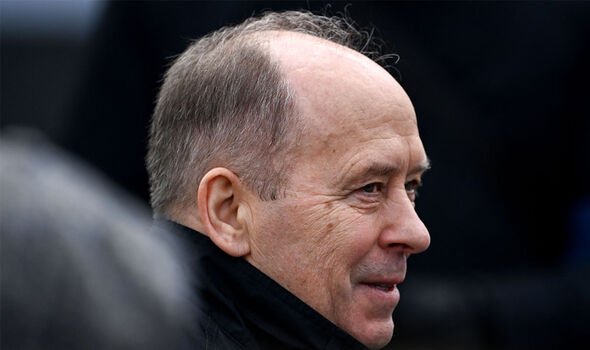 Estimates put the number of those who were killed at over one million — but some put the figure far higher.

Bortnikov said the archives showed “a significant part” of the criminal cases of that period “had an objective side to them.”

Elsewhere, he is listed on the Navalny 35, a compilation of names accused of abusing human rights, collected by Russian opposition politician Alexei Navalny.

Most recently, he was tipped as being in the number one spot to replace Putin as Russian President by the Security Service of Ukraine (SBU).

Alleging to have intercepted Russian intelligence, the SBU said a group of Russian elites were plotting to assassinate Putin to stabilise the economy and reestablish ties with the West following the country’s botched invasion and subsequent sanctions from around the world.

Just like many of his fellow Siloviki peers, little is known about Bortnikov’s personal life.

He is married to Tatyana Bortnikova, and the couple have one son together, Denis Aleksandrovich Bortnikov, born in 1974.

Bortnikov has a brother, a retired army colonel, and a sister, who is a pensioner.