More than 100 artists and celebrities from across continent take part in online event to raise awareness about COVID-19. 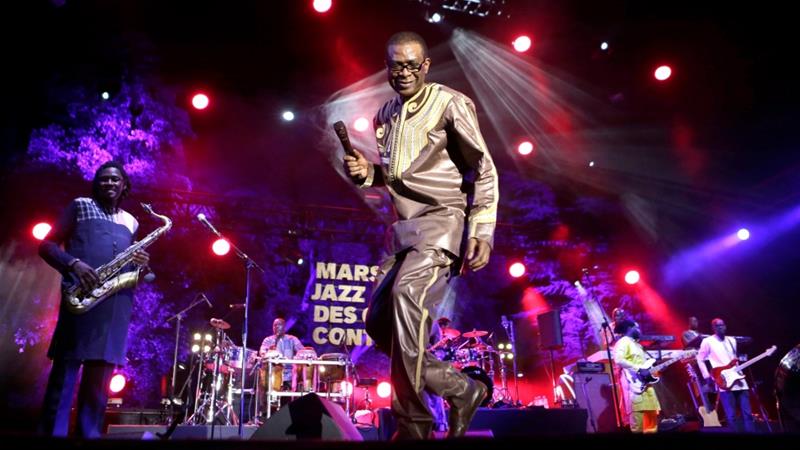 Some of the biggest names in Africa’s music scene, including Senegalese superstar Youssou N’Dour and Grammy-winner Angelique Kidjo, have taken part in a virtual concert to raise awareness about the coronavirus pandemic.

More than 100 artists and celebrities from across the continent and the diaspora performed in the WAN Show broadcast online by the Worldwide Afro Network and carried by 200 African channels on Monday to mark Africa Day.

The event was modelled after the One World: Together At Home concert in April that brought together Lady Gaga, Elton John, Taylor Swift, the Rolling Stones and dozens of others playing from their homes.

The two-hour-long show was hosted by British actor and musician Idris Elba, who has recovered from COVID-19 – the highly contagious disease caused by new coronavirus – after testing positive earlier in March.

“After COVID-19, Africa will be great, Africa will be strong. Together we are unbeatable,” Malian kora star and hip-hop artist Sidiki Diabate said at the launch of the star-studded concert.

“I am optimistic, culture is at the beginning and at the end of everything,” said N’Dour, noting the event aimed “first to raise awareness of the fight against the pandemic, but also to say that in many areas nothing will ever be the same again”.

“Africa is a continent of rich history, culture uniqueness and dynamism. Africa must rise above this as we have done with every previous challenge,” said Rawlings.

“Together as one I know we shall overcome and if music is the food of love let us play on.”

The coronavirus outbreak has reached every nation on the African continent of 1.2 billion people.

As of Tuesday, more than 115,000 have been confirmed as having been infected and at least 3,471 gave died, according to the Africa Centres for Disease Control and Prevention. Nearly 46,000 have recovered.

Countries across the continent have gained praise for responding swiftly to the pandemic and keeping the number of infections relatively low compared with other parts of the world. But the World Health Organization (WHO) has called for vigilance, warning that COVID-19 could kill up to 190,000 people in Africa and infect between 29 million and 44 million in the first year if containment measures fail.

On Monday night, Benin-born Hollywood actor Djimon Hounsou spoke about vaccine trials in Africa, in the wake of a controversy that arose last month when two French doctors discussed on television whether to test a vaccine on the continent – a debate that unleashed accusations that Africans were being used as lab animals.

“Time for self-preservation, time to be attentive, time to stay vigilant from any Westerners coming to test their vaccine on us,” said the Blood Diamond and Guardians of the Galaxy star.

“Deceit can be powerful but truth is even more powerful,” he said.

British supermodel Naomi Campbell called for Africans to come together.

“We face an extraordinary challenge but we cannot afford to be spectators. We must show our resilience and share our commitment as Africans to overcome this and grow stronger from it,” she said.

“Use your voice to call our leaders in Africa to use this crisis as a moment to build our solidarity and deal with deep structural issues that affect our nations and their economies.”

The pandemic has also raised concerns of racism and discrimination after African nationals were reportedly mistreated and evicted in China, where the virus was first reported last December.

“The time has come again for us Africans to show the world who we are. Those in the continent and in the diaspora, it is time to be together as one,” he said.