The Taliban is “cooperating” with British forces as they work to evacuate people from Afghanistan and is not behaving in a “medieval way”, the chief of the UK defence staff has said.

General Sir Nick Carter told Sky News: “We are cooperating with the Taliban on the ground and that seems to be a very straightforward relationship.

“They are keeping the streets of Kabul very safe and indeed very calm. They are helping us at the airport.” He said the militants are “keeping the streets calm, they are avoiding public disorder” – and added: “What we’re not getting are reports of them behaving in a medieval way like you might have seen in the past.”

Sir Nick suggested the Islamist movement, which has taken power in Afghanistan, could be more moderate than when it was last in control in the 1990s.

He said he does not think the Taliban “want to become international pariahs again”, adding: “I do think that they have changed.”

Afghanistan live updates: All the latest as the Taliban establish new government

However, the shadow foreign secretary Lisa Nandy disagreed with Sir Nick’s comments, saying the UK is “dealing with a very oppressive regime”.

“I think that’s a very difficult and unpalatable message to the very many Afghans, including women and girls, who are not just suffering at the moment but are also very, very fearful about the future,” she told Sky News’ Kay Burley.

“I spoke to a friend from Afghanistan last week who told me the Taliban were going door-to-door, they were arresting people, they were threatening people who’d worked with British troops or women who’d worked in high profile jobs.

She added: “I think it’s very difficult to judge people by their words when their actions are so at odds with the reality. I think we’re dealing with a very oppressive regime and I think we need to be clear-eyed about that.” 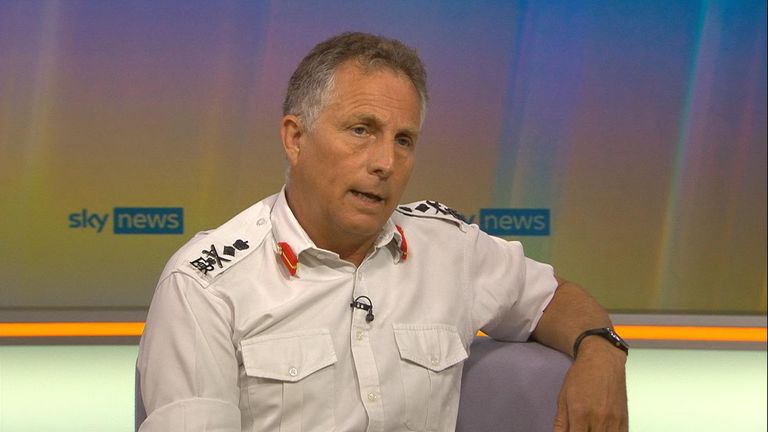 It comes as Boris Johnson told MPs that events in Afghanistan “unfolded” faster “than even the Taliban predicted,” but he said the government had not been caught “unawares”.

MPs have been recalled from their summer holidays for an emergency sitting in Parliament on Wednesday to take part in a five-hour debate on the situation in Afghanistan.

Mr Johnson told MPs: “I think it would be fair to say that the events in Afghanistan have unfolded and the collapse has been faster than even the Taliban themselves predicated.

“What is not true is to say the UK government was unprepared or did not foresee this.

“It was certainly part of our planning – the very difficult logistical operation for the withdrawal of UK nationals has been under preparation for many months, and I can tell the House that the decision to commission the emergency handling centre at the airport took place two weeks ago.”

Earlier, he said: “The sacrifice in Afghanistan is seared into our national consciousness, with 150,000 people serving there from across the length and breadth of the United Kingdom – including a number of members on all sides of the House whose voices will be particularly important today.” 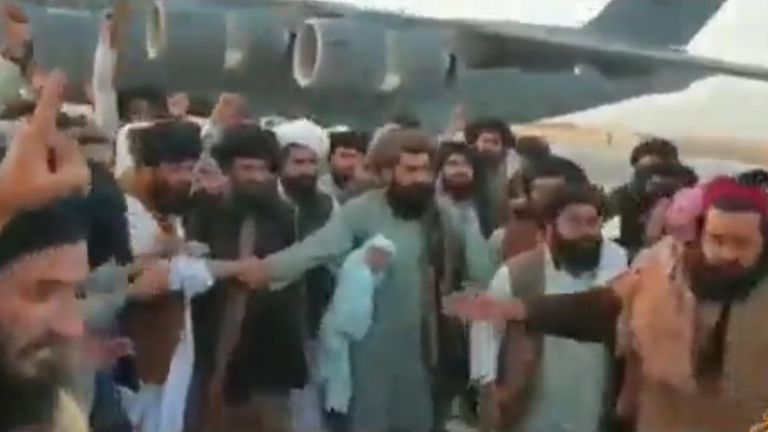 On Tuesday night, the prime minister announced a new settlement scheme will allow up to 20,000 vulnerable Afghan refugees to come to the UK over the coming years.

The Taliban has claimed it is not seeking revenge after regaining control of the country after being ousted two decades ago.

Speaking from the Afghan presidential palace on Tuesday, Zabihullah Mujahid referred to Afghanistan as the “Islamic Emirate” and said the group is committed to the rights of women within the framework of Sharia, or Islamic law.

Meanwhile, Taliban spokesman Suhail Shaheen told Sky News that “thousands” of schools continue to operate following the Taliban takeover and claimed women will have the right to work and be educated up to university level.