At least 29 people have been killed after Islamic State (IS) fighters attacked a prison in Afghanistan.

A car bomb was detonated at the entrance to the complex in the eastern city of Jalalabad, before IS gunmen opened fire on security guards.

An unknown number of the 1,500 prisoners at the jail managed to escape, but security officials said 1,000 inmates had been recaptured. 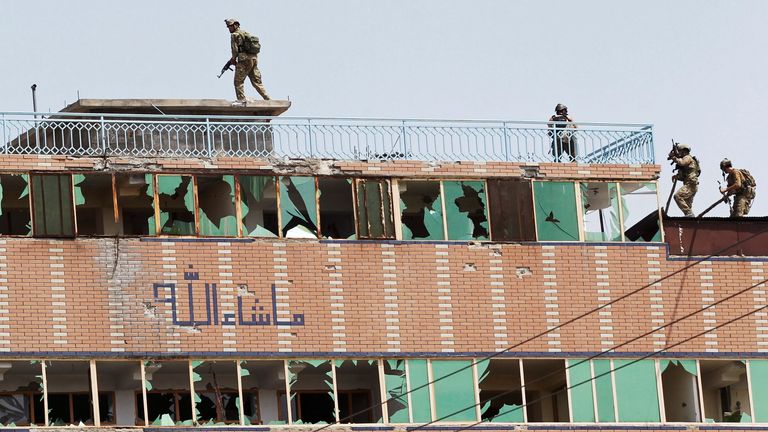 Around 30 militants are reported to have carried out Sunday evening’s attack, which left 50 people injured.

As security forces swept through the prison, they found the bodies of two Taliban prisoners apparently killed by IS, showcasing the tensions between the two militant factions battling each other in eastern Afghanistan.

The death toll included civilians, prisoners, guards and members of the Afghan security forces, officials said. The motive for the attack is not clear.

The city was put into lockdown while Afghan soldiers and police evacuated civilians from the area immediately surrounding the prison.

Afghan forces seized full control of the prison on Monday afternoon as sporadic fighting continued across Jalalabad, which is the capital of Nangarhar province and around 70 miles east of Kabul.

IS has claimed responsibility for the attack, which came a day after the Afghan intelligence agency said special forces had killed a senior commander of the group near Jalalabad.

Hundreds of prisoners in Jalalabad are believed to be IS members.

The Taliban denied any involvement in the attack.

The US struck a peace deal with the Taliban in February. A second round of negotiations between the Taliban and Afghanistan’s leadership in Kabul has yet to start.

Afghanistan has seen a recent spike in violence, with responsibility for most of the attacks being claimed by IS and its affiliates.