KABUL (Reuters) – The Afghan government said it was in the process of freeing 900 Taliban members from prison on Tuesday, the biggest such release yet, and urged the insurgent group to extend a three-day ceasefire set to end at midnight.

The release was part of a prisoner swap under a deal struck by the Taliban and the United States in Qatar in February, as a precursor to peace talks between the Islamist militants and an inclusive Afghan delegation aiming to end a two-decade-old war.

“For better management of the prisoner issue, it is important to extend the ceasefire,” Javid Faisal, a spokesman for Afghanistan’s national security adviser, told a news conference.

The Taliban had announced a three-day ceasefire for the Eid al-Fitr holiday that ends the Muslim holy fasting month of Ramadan, a move that was welcomed by both the Afghan and U.S. governments.

Taliban spokesman Suhail Shaheen, in a statement on Twitter, welcomed the release of 900 prisoners as “good progress” and said the group would in turn free a “remarkable number” of prisoners soon.

However, he said nothing about extending the ceasefire, which was to expire at midnight (1930 GMT) Tuesday.

Last month, the Taliban rejected a call by the Afghan government for a Ramadan ceasefire.

Fighting between Taliban and Afghan forces had intensified before the ceasefire, and the government said it would resume an offensive against the militant group in the wake of its deadly attacks nationwide earlier this month.

‘WON’T RETURN TO THE BATTLEFIELD’

“As per the guidelines of our leaders, and based on the agreement (the U.S.-Taliban peace deal), we will not return to the battlefield,” a Taliban member, Noor Rahman, told Reuters after being released from Pul-e-Charkhi prison, located on the outskirts of Kabul.

Another freed prisoner, Qari Ahmad Sayeed, said he was delighted to be free, adding, “I hope this will result in bringing peace to the country.”

Faisal said all released Taliban members were being given new clothes, cash and transport home. The process was expected to be completed by midnight – the same time the ceasefire ends. 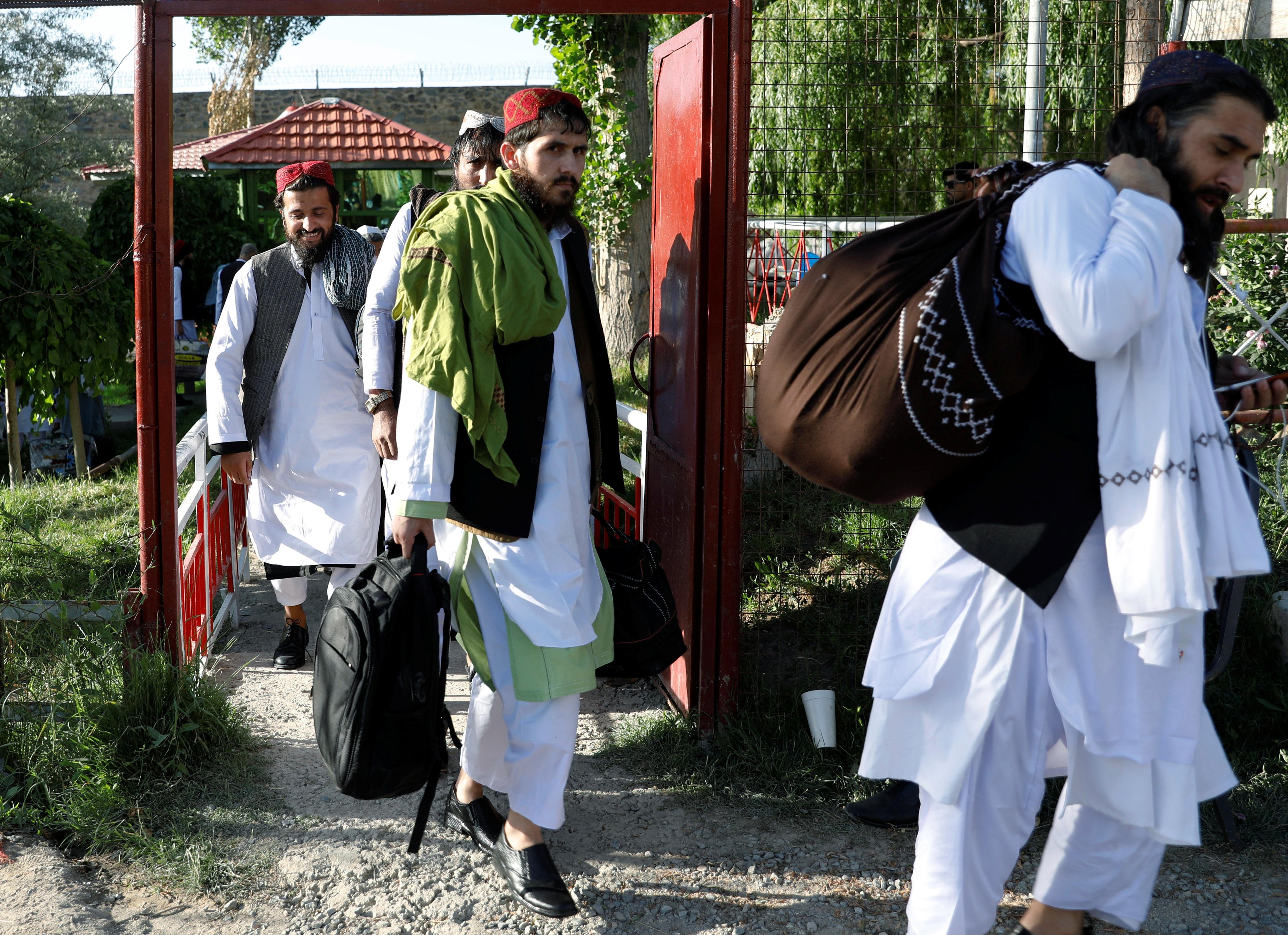 Prisoner releases began in April, but have been slow and marred by wrangling between the Taliban and the government, which was to free 5,000 prisoners under the Doha pact, while the Taliban freed 1,000 members of the Afghan security forces.

Until Tuesday, the government had freed just 1,000 prisoners and the Taliban 105, the spokesman for national security adviser Hamdullah Mohib, told Reuters before the news conference.