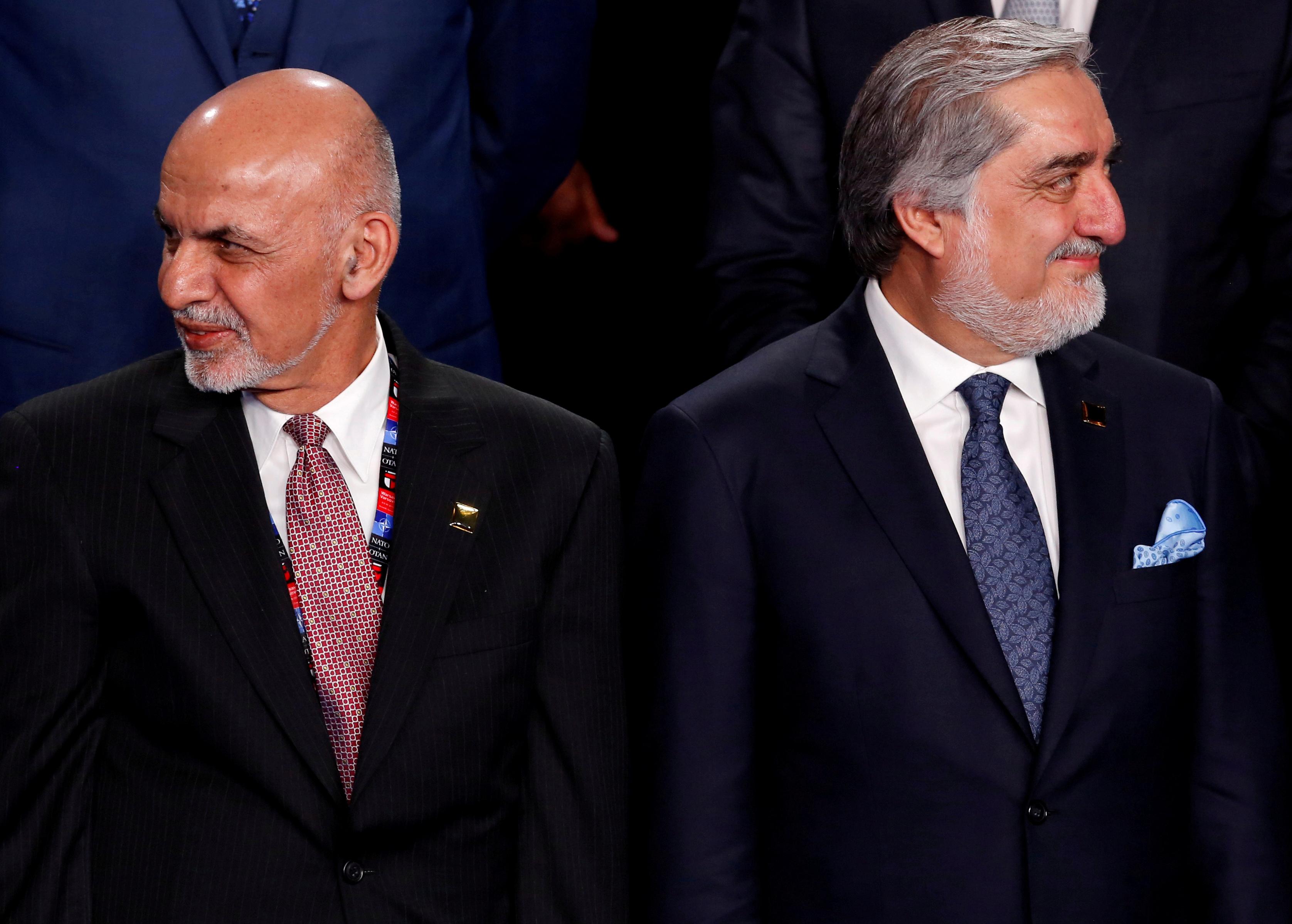 The feud culminated in both men declaring themselves president at parallel inauguration ceremonies in March.

A draft deal had been finalised that included proposals that Abdullah lead a high council for peace talks and have a half-share in government appointments, Fraidoon Khwazoon, a spokesman for Abdullah, said.

“In principle an agreement is reached but there are a few things that need to be finalised. We believe they are not big obstacles and will be solved,” Khwazoon said.

The dispute has sparked fears among many, including the United States, that the split was undermining momentum in peace talks with Islamist Taliban insurgents.

Ghani’s spokesman, Sediq Sediqi, had said on Twitter late on Friday that there had been progress in resolving the dispute.

“Progress has been made in the ongoing negotiations and discussions on important political issues and matters to resolve them politically,” Sediqi said.

Both sides have been under international pressure to strike a deal. U.S. Secretary of State Mike Pompeo flew to Afghanistan in March for a one-day visit to try to broker an arrangement even as most travel was halted due to the coronavirus pandemic.

“We have told both sides to firm up a deal this week. If not, then aid could be hit badly in this time,” a senior Western diplomat said on Saturday.

Spokesmen for the U.S. Embassy in Kabul and for Ghani declined to comment. A spokesman for Abdullah said donors had emphasised they should solve the issue but they had not been given a deadline to come to a resolution.

Pompeo had announced a $1 billion reduction in aid and threatened to slash the same amount next year to try to force Abdullah and Ghani to end their feud.

After nearly 20 years of fighting the Taliban, the United States is looking for a way to extricate itself and to achieve peace between the U.S.-backed government and the militant group.

The United States and the Taliban signed a pact on Feb. 29 that was designed to pave the way for peace talks between the militant group and the Afghan government.

But formal talks have not started because of the political feud, as well as an escalation in violence by the Taliban since the deal was reached and disagreements over a prisoner swap.