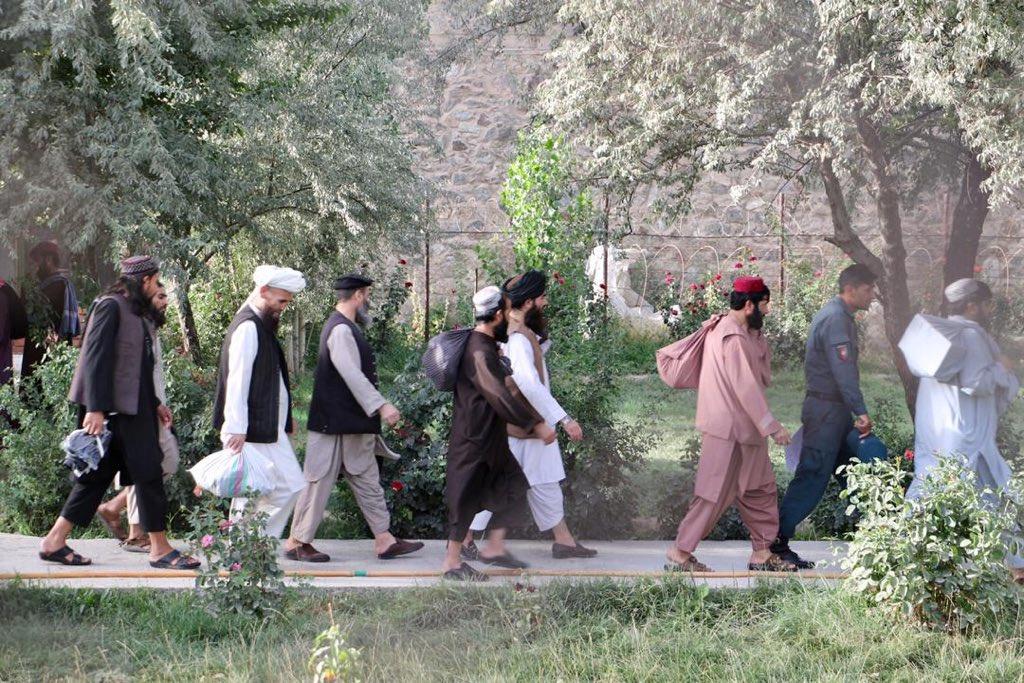 KABUL (Reuters) – The Afghan government has begun releasing the last Taliban prisoners from a final batch of 400 who the militants want freed before they agree to start peace negotiations, a security agency spokesman said on Friday.

The government agreed on Sunday to release the 400 “hard-core” prisoners after consulting a grand assembly of elders and other community leaders, known as a Loya Jirga.

“The government … yesterday released 80 Taliban convicts out of the 400 that the Consultative Loya Jirga sanctioned for release to speed up efforts for direct talks and a lasting, nationwide ceasefire,” said Javid Faisal, spokesman for the National Security Council.

He did not say when the remaining 320 would be set free.

Disagreement over the release of the prisoners, who include some of those accused in connection with some of Afghanistan’s bloodiest attacks, has delayed negotiations for months as the United States withdraws troops under a deal signed with the Taliban in February.

President Ashraf Ghani on Monday issued a decree to release the final batch of prisoners.

The Taliban did not immediately respond to request for comment. They have previously said they would sit down for peace talks with the U.S.-backed government in Qatar within a week of the release of the last of the prisoners.

The Taliban have always refused to talk to the government, dismissing it as a U.S. “puppet”.

But they agreed to power-sharing talks under the deal struck with the United States, on the withdrawal of its troops in exchange for Taliban security guarantees.