Abraham Lincoln led the US through the Civil War, abolished slavery and modernised the economy. The accomplishments achieved by the 16th President still bear a footprint on modern day America. After President Lincoln’s assassination in 1865, many were left wondering what more he could have achieved during this revolutionary time in history. The aftereffects of the despicable killing rippled through the centuries, including one small remnant of this era – the saying “your name is mud”. The phrase is said to have originated from President Lincoln’s assassination and Express.co.uk were told the shocking story behind it.

President Lincoln was watching the play ‘Our American Cousin’ on the fateful day – April 14, 1865 – when he was killed by John Wilkes Booth.

The Confederate assassin, who was a popular actor of the time, planned to mask the sound of his gunshot with the audience’s laughter during one of the scenes.

The decision to kill the US leader at Ford’s Theatre, in Washington, was hatched after numerous failed attempts to capture him had failed.

“But their plans kept failing and so eventually John Wilkes Booth came up with the idea that he would kill Abraham Lincoln instead.”

The single shot fired by Mr Booth pierced through the President’s ear and finally became lodged near the front of his skull. 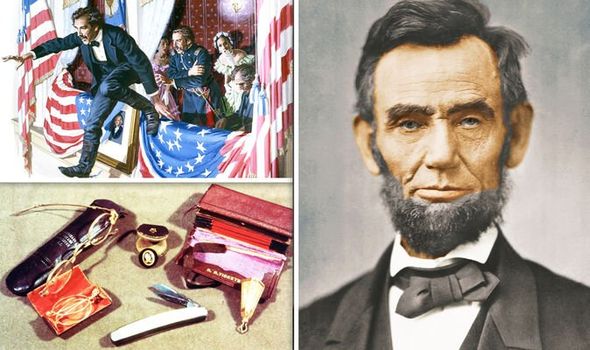 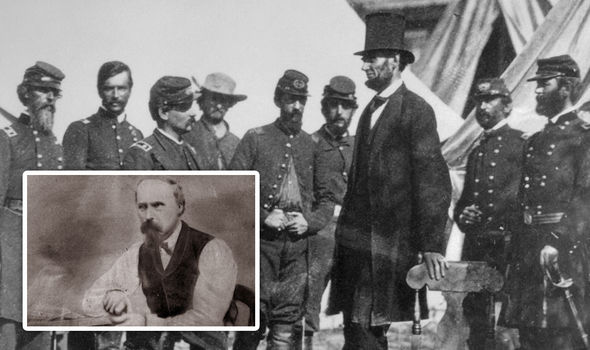 After gunning down the leader, Mr Booth tried to escape but injured himself as he jumped from the Presidential box to the ground.

As he leaped his leg became entangled in a flag and he fell 12ft to the floor, causing him to break his fibula.

Outside the theatre, a horse was being held – for a reason not initially known to the staff – which the killer used to “ride off into the night”.

On his way to Virginia, Mr Booth made a pitstop in Bryantown, Maryland, where the ensuing events would arguably give rise to the saying “your name is mud”.

JUST IN: How Amelia Earhart was ‘eaten alive by thousands of tiny crabs 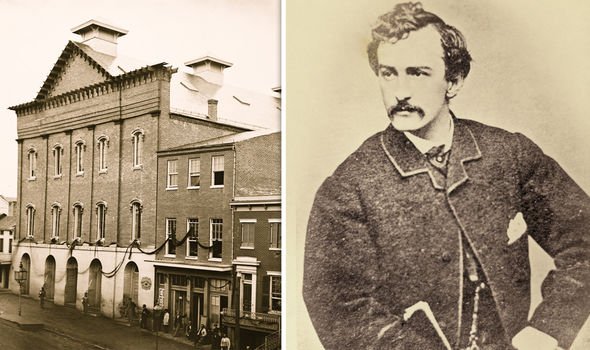 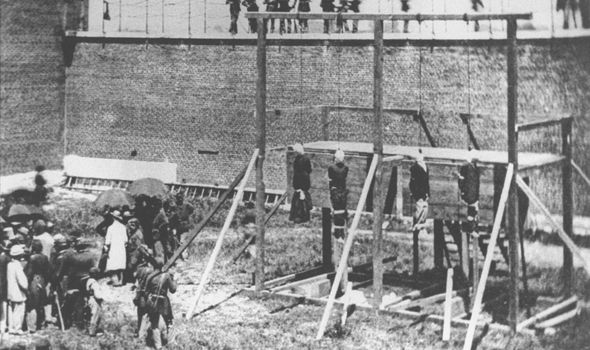 The fugitive who had suffered a broken fibula from his fall at Ford’s Theatre, sought out the help of physician Samuel Mudd.

He splinted Mr Booth’s leg, gave him a shoe to wear to help his movement and commissioned a carpenter friend to make a pair of crutches for him.

It’s believed that the killer spent up to 15 hours at Mr Mudd’s home before he fled on what would become a 12 day manhunt – ending in his death after a standoff with authorities.

Mr Mudd would later be charged among seven others for conspiring to kill Abraham Lincoln – and to this day historians debate over whether he knew about the assassination.

Accounts tell us that the physician waited several days before contacting authorities to inform them that Mr Booth had been in his house. 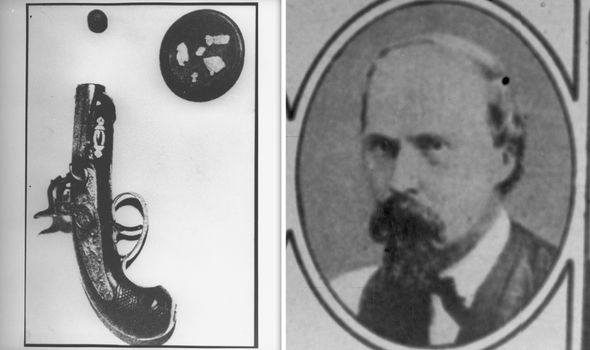 Despite Samuel Mudd denying he knew about the assassination when he treated Mr Booth at trial – he was found guilty and sentenced to life imprisonment, dodging the death penalty by one vote.

His lawyers also claimed he was a firm “Union man” and that he had supported the President’s hopes of abolishing slavery.

They described him as a “deeply religious man, devoted to family, and a kind master of his slaves”.

But the prosecution rejected many of these claims, including one account that he allegedly shot a slave in the leg and threatened to send others to Confederate work camps.

They argued that he was a supporter of the Confederate movement and had outright lied about knowing Mr Booth had shot the President when he tended to his wound.

Mr Mudd’s staunch rejection of being involved and suspected lies, has led many scholars to believe the phrase “your name is mud” originated from him.

They include Heritage Auctions Curtis Lindner, who told Express.co.uk: “That’s where it comes from, Samuel Mudd.”