Brexit: Michael Gove insists UK will be 'in control' of waters

This morning MEPs voted to set a deadline of Sunday for a deal to be agreed, warning any later and they would be unable to scrutinise a deal properly before a vote ahead of the end of the EU transition period on December 31. This afternoon, the Prime Minister’s spokesman refused to be drawn on the deadline set out by the European Parliament and said the UK was focused on agreeing a new relationship “by the end of the month”.

He said: “We want to get our relationship agreed by the end of the month whether that’s an FTA or we leave on an Australia style, WTO terms.

“We’ve ruled out previously extending negotiations into the new year.”

MEPs said earlier today they would be willing to reconvene for an extraordinary sitting of the European Parliament on December 28 if a deal was agreed by the end of this week but any later and they would not be able to vote on it until the new year.

They said this would mean a brief period of a no deal scenario before a trade agreement could come into force. 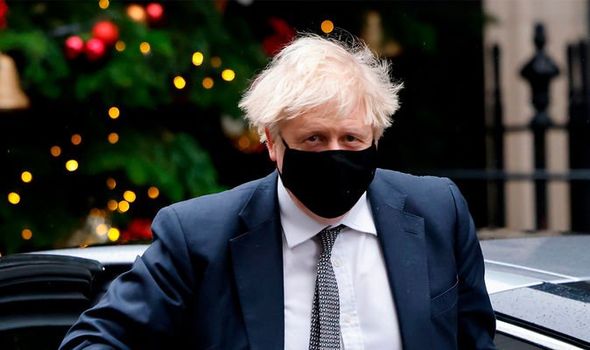 The move has been seen as an attempt by Brussels to force the UK to make last-minute concessions to get a pact over the line by Sunday.

But No10 has continued to stand firm in negotiations and has warned that despite some progress, a no deal Brexit remained the most likely outcome.

Boris Johnson’s spokesman said: “Our negotiating team remains there to work to bridge the gaps that remain.

“An Australia, World Trade Organization exit remains the most likely outcome which is why we are planning for that eventuality but we remain committed to trying to reach a free trade agreement if possible.”