Ms Truss was questioned about Scottish independence and asked if she would allow Nicola Sturgeon to hold a referendum on independence.

He said: “We’re getting the meat on the bones of how Truss plays to save the union.”

In one clip, Ms Truss described herself as “a child of the union”, before she added: “The best thing to do with Nicola Sturgeon is to ignore her.” 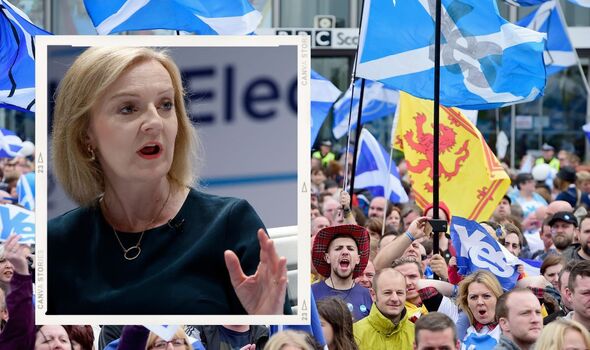 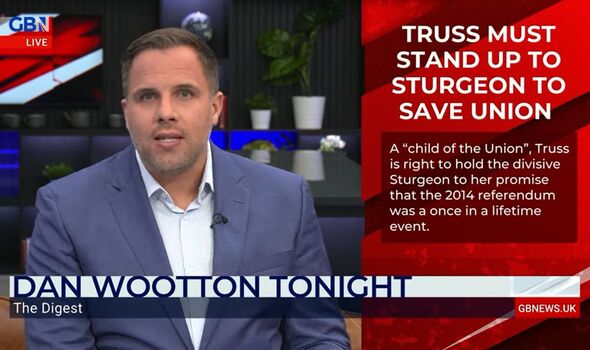 The presenter also said: “It’s a bit difficult when she’s First Minister though, she’s got a democratically elected position just as you do.”

Ms Truss replied: “She’s an attention seeker, that’s what she is.”

Mr Wootton gave his opinion on the video footage by saying “hear, hear”, implying that he agreed with Ms Truss’ comments.

He said: “She didn’t mean for a second ignoring Scotland, but I think there’s something to be said for calling out Sturgeon for what she is; a one-track-minded socialist whose independent obsession has cost Scotland dearly in so many ways.”

The presenter added: “Truss says that Scottish people have been let down by the SNP focusing on constitutional division instead of their priorities.” 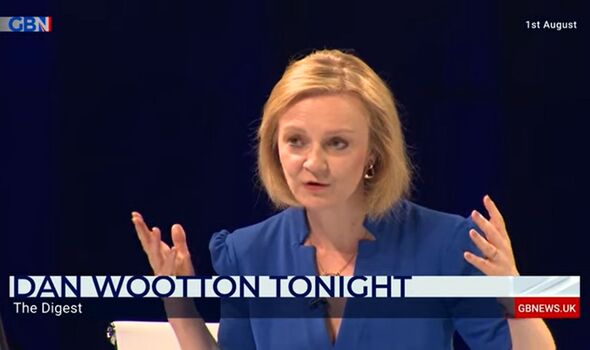 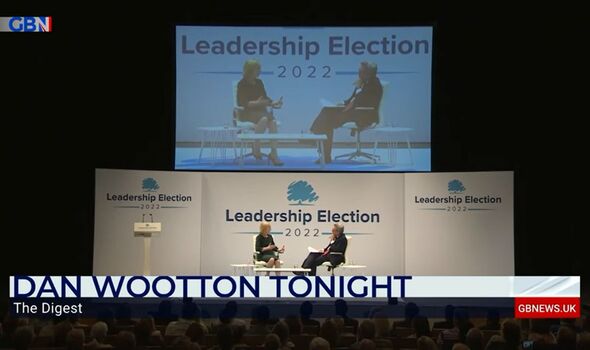 Mr Wootton then said Ms Trus “tussled” with the STV reporter hosting the hustings over whether Scotland should be allowed to vote on independence.

GB News also showed a clip of the event in which a reporter asked Ms Truss: “You said earlier you would never let our family, talking about the UK, be split up. Are you saying not now or not ever to another independence referendum?”

Ms Truss said: “If I am elected as Prime Minister, I will not allow another independence referendum. 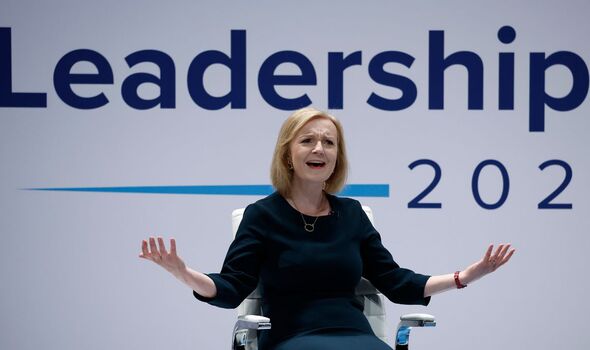 The reporter responded: “But since then we’ve had Brexit, we’ve had Covid, which wasn’t any government’s fault, we’re about to be on our fourth prime minister, for a lot of people beyond this hall, it feels like a generation.”

The crowd began to boo loudly at the reporter, leading Ms Truss to say: “At the time of the 2014 referendum, it was agreed by the SNP that it was a once-in-a-generation referendum.

“I believe in politicians keeping their promises and Nicola Sturgeon should keep her promise.”

Mr Wootton concluded: “I love that, the STV…narrative being booed by the Tories in the room in Perth, good on you!”