Speaking at the White House, the president did not mention his goal of getting 70 percent of adults partly vaccinated by July 4 but trumpeted a different milestone: 300 million shots in his first 150 days in office.

With the nation unlikely to reach President Biden’s goal of having 70 percent of adults partly vaccinated against the coronavirus by July 4, he trumpeted a different milestone: 300 million shots given in his first 150 days.

I’m pleased to announce that today we will have reached the mark of 300 million shots in arms in just 150 days. Folks, we’re heading into a very different summer compared to last year, a bright summer, preferably a summer of joy. And the truth is that deaths and hospitalizations are drastically down in places where people are getting vaccinated, but unfortunately, cases and hospitalizations are not going down in many places in the lower vaccination rate states. But the good news is we have the solution. The science and the data are clear: The best way to protect yourself against these variants are to get fully vaccinated. So please, please, if you have one shot, get the second shot as soon as you can. If you haven’t gotten vaccinated get vaccinated now. 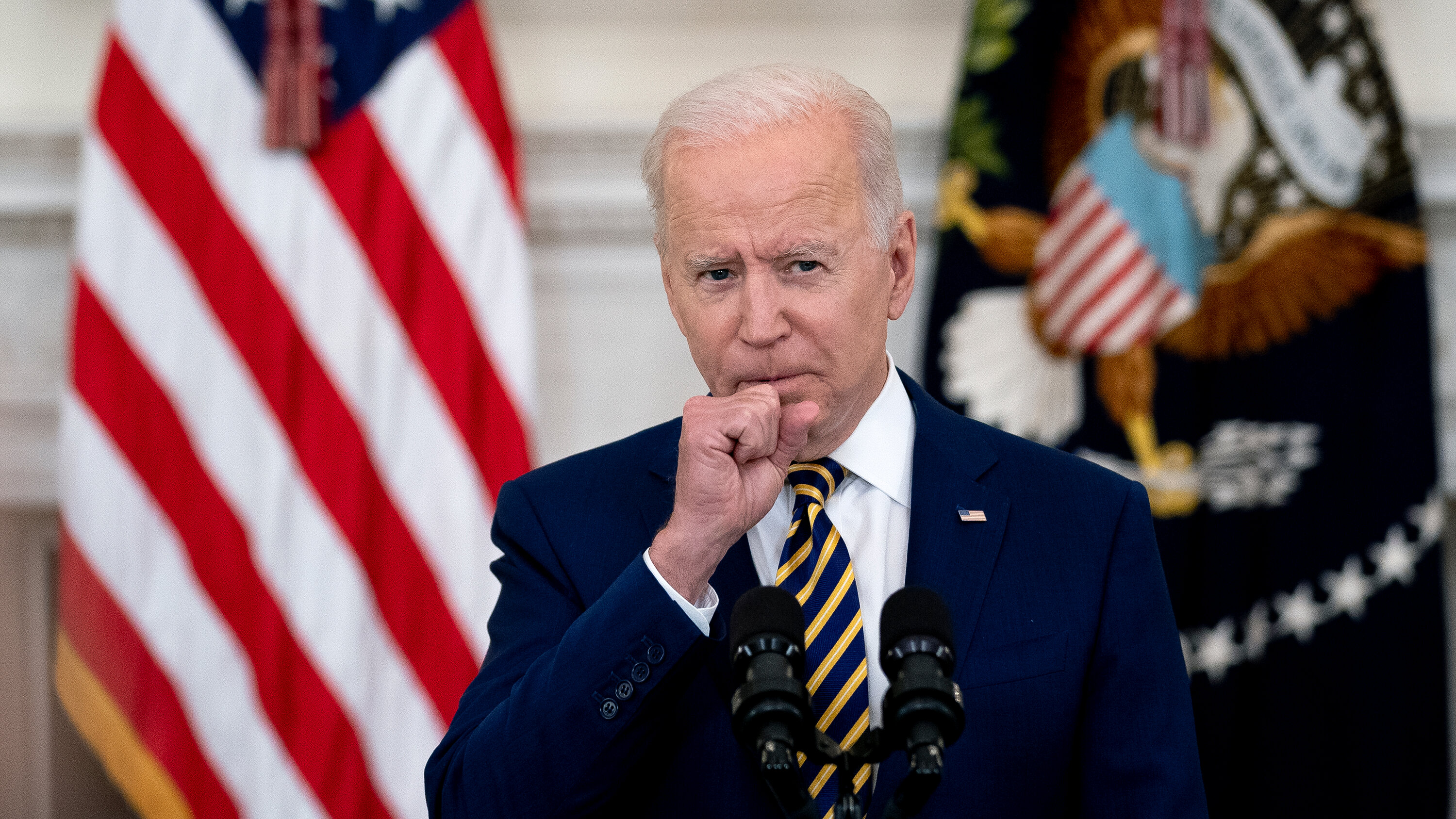 WASHINGTON — With the United States unlikely to reach his self-imposed deadline of having 70 percent of adults partly vaccinated against the coronavirus by July 4, President Biden on Friday stepped up his drive for Americans to get their shots, warning that those who decline risk becoming infected by a highly contagious and potentially deadly variant.

In an afternoon appearance at the White House, Mr. Biden avoided mentioning the 70 percent target that he set in early May and instead trumpeted a different milestone: 300 million shots in his first 150 days in office. But even as he hailed the vaccination campaign’s success, he sounded a somber note about the worrisome Delta variant, which is spreading in states with low vaccination rates.

“The best way to protect yourself against these variants is to get vaccinated,” the president declared.

His remarks came as his administration begins a final push to reach the July 4 goal over the next two weeks. Vice President Kamala Harris and Xavier Becerra, the health and human services secretary, were both on the road on Friday, trying to drum up enthusiasm for the vaccine. Ms. Harris went to Atlanta, where she noted that less than half of people in Fulton County, where the city is, had at least one shot, and Mr. Becerra to Colorado.

Mr. Biden took office in January warning of a “dark winter” ahead, as deaths were near peak levels and vaccinations were barely underway, and he has generally tried to portray the virus as in retreat as he approaches six months in office.

A fact sheet distributed by the White House in advance of Friday’s remarks noted that in 15 states and the District of Columbia, 70 percent of adults or more have received at least one shot. “The results are clear: America is starting to look like America again, and entering a summer of joy and freedom,” the document proclaimed.

But rates of vaccination, and of infection, are uneven around the country.

And while those who took a “wait and see” attitude are becoming more open to getting vaccinated, 20 percent of American adults still say they will definitely not get the vaccine or will get vaccinated only if it is required, according to a poll released last month by the Kaiser Family Foundation.