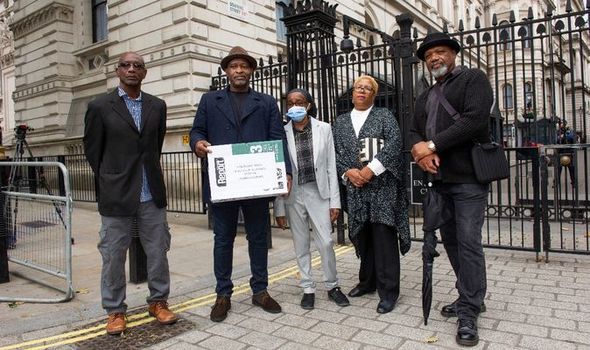 A group gathered outside Number 10 yesterday to condemn the “barbaric” treatment they have endured after being denied the right to work, access healthcare, threatened with deportation or even sent to a country they hadn’t lived in for decades.

One victim told the Daily Express he spent weeks in a detention centre after being wrongly held and had the emotional turmoil of watching planes land in a nearby airport – leading to fears he would be put on one of them.

Another grandfather feared he would be detained every time he left the house and told how his children lost the father they were used to amid the stress and strain of the scandal.

A petition signed by over 130,000 people and handed into Downing Street yesterday by two of the campaigners is urging Prime Minister Boris Johnson and Home Secretary Priti Patel must implement the recommendations from a scathing review by Wendy Williams in full.

The petition condemns “appalling failings” and urges the Home Office to “stop any racial discrimination.”

Michael Braithwaite, who lost his job of 17 years at Gospel Oak Primary School in 2016, told of the horrendous emotional toll the scandal has had on him and his family.

Mr Braithwaite, 63, only had documentation from 1973 onwards. But the Home Office wanted information from when he first landed from Barbados when he was just nine.

He said: “I was in limbo, the Home Office were saying I couldn’t have anything unless I produced documents from 1961. 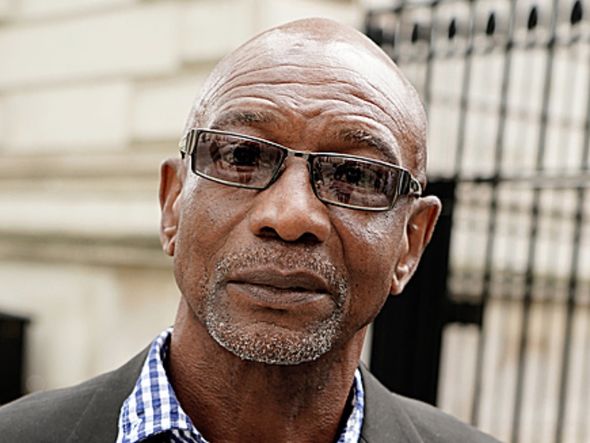 “I hope they realise that we are human beings and that have we have contributed.

“Our fathers and mothers, you know, that contributed to this country being the force that it is.

“Yeah, it was still a force in another way. But if you use force against goodness, I think that’s criminal stuff, you know we’re not criminals.

“I think some criminals get better, a better cut of the cheese than us.

“I had so much support from my from my colleagues, friends at work, mothers, fathers, children who had left school.

“And it was a Friday. I got a call from the Home Office and they said we’re going to issue you with your biometric card right away.

“And for me to think of all this time I’ve been going through the mellow of this, soul-destroying, mentally destroying thing that has changed me as a human being.

“I have moments of depression. 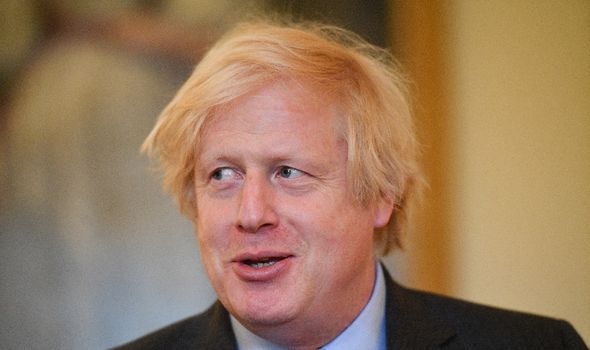 “I have to find so many distractions to keep myself sane, I get a cycle where I’m really really down and I’m down and the memories come back for that particular time.

“Today, I feel that we stand here as the remainder of us, many of us who have left or died, or given up.

“It’s barbaric. You’re going back to days where people had heads on stakes. I’m not comparing to that context, but it is messing with someone’s welfare, their mind.

“My life will never be the same.

“Leaving the house, I’d be frightened someone was going to come and take me. My family suffered.

“I have three children, six grandchildren. They are all going through the turmoil not having me as a dad, that dad that they knew.

“They had this sad person indoors was always edgy thinking that tomorrow may never come for me.”

Anthony Bryan, 62, spent weeks behind bars after being wrongly detained and had the agonising fear he would be deported as he could see planes landing next to the deportation centre he was being held in.

Mr Bryan, a painter and decorator. said: “They arrested me and said I was an illegal alien in the country and put me in a detention centre and gave me a ticket to go back to Jamaica.

“Three years, we have been fighting, I’ve been locked up every other year in a detention centre.

“It’s been a nightmare to be honest.

“I didn’t think I’d ever go through anything like this. I’ve been here since I was nine years ago, I went to primary school here.

“When I was told I would be deported, it was really frightening.

“I signed to go back to Jamaica. My son said, ‘how can you go back? You don’t know Jamaica.

“On my last time in a detention centre, I could see the plane coming in. 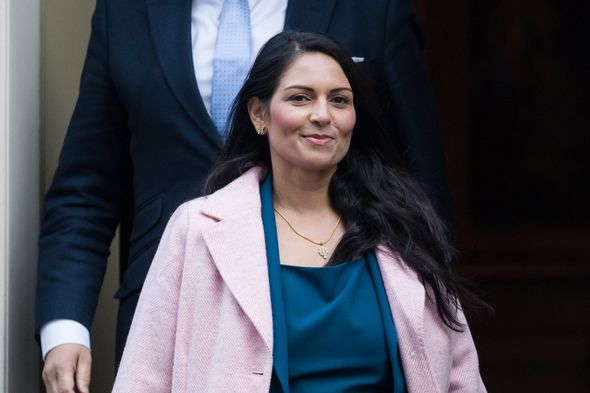 “I thought they were chucking me away after I’d been here for so long. I was very upset about this.

Paulette Wilson, 64, from Wolverhampton, in the West Midlands, said: “I turned out to be the Windrush grandma who nearly got deported back to Jamaica in 2017.

“I got a letter in 2017 saying that I’m an illegal immigrant and that I’ve got six months or they will send me out of the country.

“I’ve been here all this time in England and now you’re telling me I’m an illegal immigrant? I didn’t even understand that word. I don’t understand it now.

“They tried to kick me out of the place where I built my life.

“I was born in Jamaica but I don’t know Jamaica like I know England.

“I hope it sends a message, with everything that is going on in the world, this racism has to stop.

“We are all one people. Everybody should live in peace and harmony.

“I was very lucky I had my daughter. If I needed medication, she would buy it for me.”