Hi. Welcome to On Politics, your wrap-up of the week in national politics. I’m Lisa Lerer, your host. 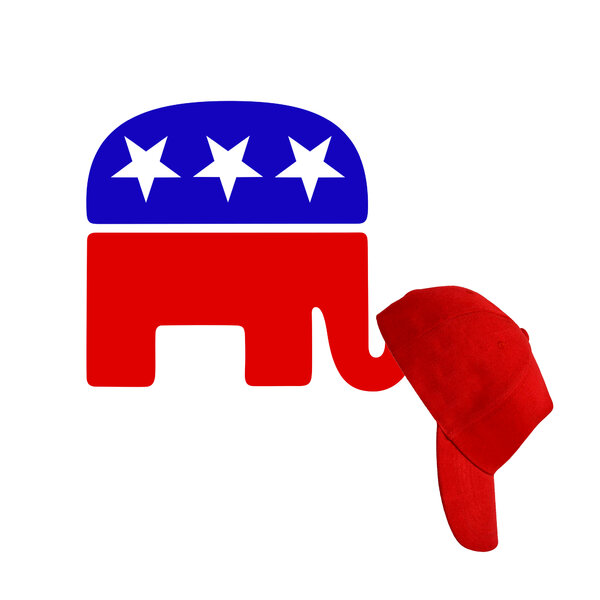 A lot will change for Republicans when Joe Biden becomes president next month. But their party may still be defined by the same old question: What will Donald Trump do next?

Since launching his bid for the White House in 2015, Mr. Trump has remade the Republican Party in his populist image, embracing far-right rhetoric, elevating once-fringe elements of the base and shifting conservative ideology on issues like foreign policy, immigration and trade.

Republicans hailed his ability to achieve key pieces of their political agenda — like installing conservative judges and passing tax cuts — and stayed silent on the rest, fearing the backlash that could come from crossing the president. Those who criticized Mr. Trump quickly found themselves retiring, defeated or declaring themselves political independents.

“The reality is, none of us know,” said Chip Lake, a Georgia-based political consultant. “I’m not even so sure the president knows what a post-presidential Donald Trump looks like politically.”

Already, there are signs that even in defeat, Mr. Trump continues to hold sway over his party. More than one hundred Republican members of Congress and 17 attorneys general backed a Texas lawsuit aimed at overturning the election results in four swing states and invalidating the votes of millions of Americans — despite no significant evidence of malfeasance. (The Supreme Court tossed out the suit on Friday night.)

Across the country, Mr. Trump’s conspiracy-mongering about the election results has led to a civil war within the G.O.P. Trump loyalists in state parties, installed by the campaign in leadership posts last year, are battling with Republican elected officials, whom they see as insufficiently pursuing Mr. Trump’s efforts to undo his loss.

Those tensions worry many Republican strategists, candidates and officials. Mr. Trump drove a record-breaking number of Republican voters to the polls this year, expanding the party’s support in rural areas and among voters of color. But it’s not clear whether the new voters who turned out for Mr. Trump will become loyal Republicans if he is not on the ticket — or if he is actively campaigning against the party’s candidates.

In recent weeks, Mr. Trump has encouraged primary challenges against Gov. Brian Kemp of Georgia and Gov. Mike DeWine of Ohio, prompting some loyal allies to muse about running against them. He has attacked Gov. Doug Ducey of Arizona, who is prevented from running for re-election by state term limits but has been mentioned as a possible presidential candidate in 2024.

And then there’s the issue of Mr. Trump’s own ambitions. He’s been making plans to run again in 2024, with a kickoff as early as this month or perhaps on Inauguration Day. He’s raised more than $200 million since Election Day, funneling some of those funds into a new political action committee he formed after the election.

As they often have during the Trump era, Republicans find themselves navigating uncharted political waters. Traditionally, ex-presidents shy away from partisan combat, wading back into the fray only for the final weeks of a general election.

“Is Trump going to go out and basically announce an exploratory committee and start doing rallies? If that’s the case then I think he is able to maintain a pretty high boil,” said David Kochel, a former top adviser to Mitt Romney’s 2012 presidential campaign. “If he doesn’t do that, it could be that the party is able to start to take steps away from the Trump presidency and entertain other leaders.”

Some Republicans believe that as the fervor around the election fades, so could Mr. Trump’s influence. Others doubt whether he’ll remain focused on politics, given the financial and legal difficulties faced by his businesses and the diminished media coverage of his every move.

“I personally believe that once he is out of office and gets back to running his business, that he may very well realize he likes doing that a lot more than he likes being president,” said Juliana Bergeron, a Republican National Committee member from New Hampshire.

Should Mr. Trump mount even a quasi-serious bid for a second term, he would freeze the large field of Republicans quietly plotting the beginnings of a presidential run. Some would-be candidates may be daunted by Mr. Trump’s grip on the party base, with his expansive email list, loyal supporters and growing war chest. Others may struggle to cast themselves as the bearers of the president’s legacy should Mr. Trump himself remain in the field.

Another Trump campaign — or just the prospect of one — could also create difficult political crosscurrents for down-ballot Republican candidates, particularly those in battleground states.

In 2022, the party will again have to defend Senate seats in a number of swing states — though having a Democrat in the White House should help their chances, given that the president’s party typically loses seats in the midterm elections. Some Republicans are eager to move past the divisiveness of the Trump era and embrace a message that can win back suburbanites in states like North Carolina, Arizona, Nevada and Pennsylvania.

Throughout his presidency, Mr. Trump has delighted in backing Republican primary challengers, picking loyalists who generally win the primaries but often lose competitive general election races. If he continues to meddle in primaries as an ex-president, the fear is that the party could end up with nominees who have little appeal beyond their own base.

Of course, American politics aren’t as consistent as Mr. Trump’s hard-right political strategy. The country’s whims can shift quickly, and a political style that was revolutionary in 2016 could be retro by 2024.

As Mr. Kochel put it, pointing to the swing Republicans made over four years from Mr. Romney to Mr. Trump: “We are always one nominee away from changing the party’s image and brand.”

Drop us a line!

We want to hear from our readers. Have a question? We’ll try to answer it. Have a comment? We’re all ears. Email us at [email protected].

Environmental activists and anti-hunger advocates aren’t happy with Tom Vilsack’s potential return as head of the Agriculture Department. Lawmakers on both sides of the aisle are raising concerns about naming retired Gen. Lloyd Austin, a recently uniformed military commander, as defense secretary — the top civilian leadership post at the Pentagon. And Republicans are already threatening to hold up the confirmation of Xavier Becerra as secretary of health and human services, questioning his lack of public health expertise.

At least a few — if not nearly all — of Mr. Biden’s nominees are likely to face opposition from Senate Republicans.

Here’s our running list of Mr. Biden’s picks so you can follow along with the incoming administration.

… That’s the number of Republican attorneys general who backed Mr. Trump in a brief filed with the Supreme Court that sought to delay the certification of the presidential electors in four battleground states the president lost. It was the latest attempt in Mr. Trump’s increasingly desperate effort to change the outcome of the election.

Legal experts largely dismissed the lawsuit as a publicity stunt. And experts said that a statistical claim in the suit — that Mr. Biden’s chances of winning the four battleground states were “less than one in a quadrillion” — was “comical.”

London man, 91, receives Covid-19 vaccination. Complains about “rather nasty lunch” and not being able to “damn well find anywhere to park.” The best interview of the week.

Thanks for reading. On Politics is your guide to the political news cycle, delivering clarity from the chaos.

On Politics is also available as a newsletter. Sign up here to get it delivered to your inbox.

Is there anything you think we’re missing? Anything you want to see more of? We’d love to hear from you. Email us at [email protected].