Gove: People of this country voted to take back control

The Cabinet Office minister told MPs some people in Brussels are pushing for the UK to abide by EU laws on post-Brexit standards or “face sanctions”. But Mr Gove stressed the UK will not budge on matters of the level-playing field when it comes to the future of the country outside the bloc. He said: “About the level-playing field on workers rights, we have a proud tradition of upholding workers rights and ensuring that we have social and environmental protections in this country, higher than in many other European countries.

“That will not change. That is a source of pride.

“But one thing we can’t accept in the course of the level-playing field negotiations is the demands from some in the EU that if the EU adopts new laws that we would automatically follow those laws or face penalties.

“We’re not afraid to say that our standards are high and we will uphold them.

“But we’re also not afraid to say the people of this country voted to take back control and that is what this Government will do.”

Mr Gove said the deal struck with the European Commission on the implementation of the Withdrawal Agreement “puts the people of Northern Ireland first”. 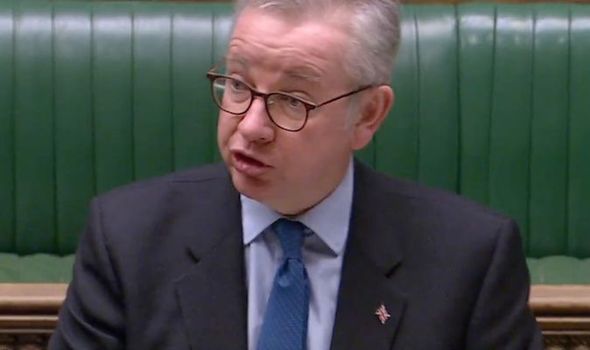 Mr Gove said the three aims of the UK’s command paper were met and told the Commons: “I’m pleased to say that on Monday the European Commission vice-president Maros Sefcovic and I as co-chairs of the joint committee set up to negotiate the implementation of the protocol came to an agreement in principle on a deal that meets all of those commitments and puts the people of Northern Ireland first.”

“As for what our agreement will do, there will be no additional requirements placed on Northern Ireland businesses with a very limited and specific exception of trade in endangered species and conflict diamonds.”

Pete Wishart shuts down by Gove over Brexit metaphors

Michael Gove also said some EU officials will be allowed to be present at Northern Ireland ports but sought to downplay what they can do.

He told MPs: “There’ll be no Belfast mini embassy or mission, as some in the EU originally sought, and the EU officials will not have any powers to carry out checks themselves.

“There will, instead, be sensible, practical arrangements – co-operation, reciprocal data-sharing – so that both sides can have confidence in these unique arrangements.”

Mr Gove said the package means the Northern Ireland Protocol can be implemented in a “pragmatic and proportionate way” before confirming clauses of the UK Internal Market Bill which would have enabled UK ministers to over-ride the divorce deal would be dropped.

He said: “Having put beyond doubt the primacy of the sovereignty of this place as we leave the EU, we rest safe in the knowledge that such provisions are no longer required.”

Mr Gove said “further clarity” needs to be given to business, adding in the Commons: “We will always work with the interests of the people and businesses of Northern Ireland in mind.” 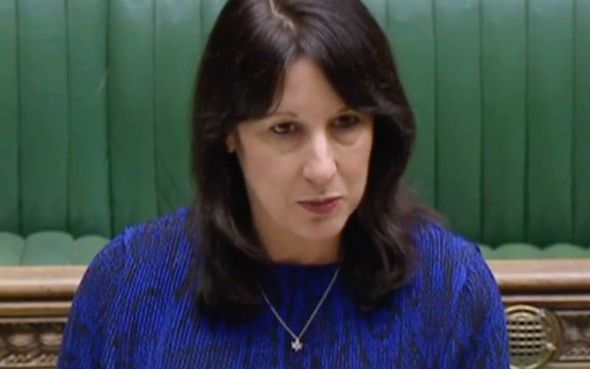 Shadow Chancellor of the Duchy of Lancaster Rachel Reeves warned: “Game-playing with threats to break international law has consequences and it is also a dangerous distraction.”

She asked about border infrastructure preparations, business preparedness and the systems needed to make trade flow. She said: “This really does give new meaning to the night before Christmas.”

She added: “Ours is a great country and Labour wants to see a good life for all our people, but as great as our country is it cannot afford to be afflicted by Government incompetence.

“Every price rise, every traffic jam, every lost contract and every redundancy caused by this Government’s mistakes and poor planning holds our great country back.

“Next year must be a year of rebuilding and recovering from Covid-19, not dealing with the fallout of reckless decision-makings, tariffs or incompetence. So ,this is decision time for this Government and it is time to get the deal.”