The Trade Secretary shut down Ms Thornberry over her criticism of the trade deal agreed between the UK and Japan. Ms Truss told the House of Commons the UK can have deals with both the European Union and Japan as “we are global Britain.”

MS Truss said: “I can assure her that the subsidies chapter is the standard kind of chapter you get in an FDA.

“It is vastly different from what the EU are trying to do with us which is essentially impose the EU state aide regime in Britain.

“As David Frost has made clear that is simply not acceptable.

“The honourable lady tries to compare and contrast the EU and Japan, we can have both deals, we are global Britain. 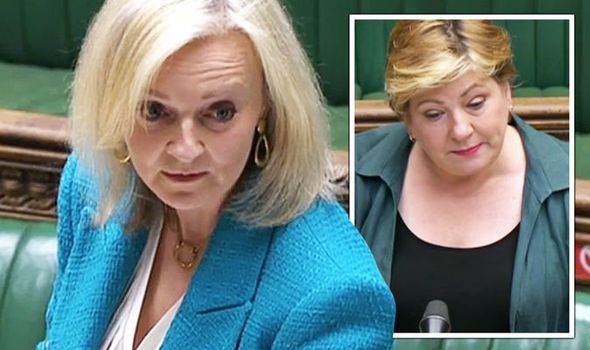 “We want to have deals with CTPTP, with the United States, the EU and Canada.

“I believe that is absolutely possible, but I am afraid to say the honourable lady still seems to want to relitigate the EU referendum.