The secretary of veterans affairs announced the shift in care at a Pride event over the weekend, but the process for changing benefits could take years. 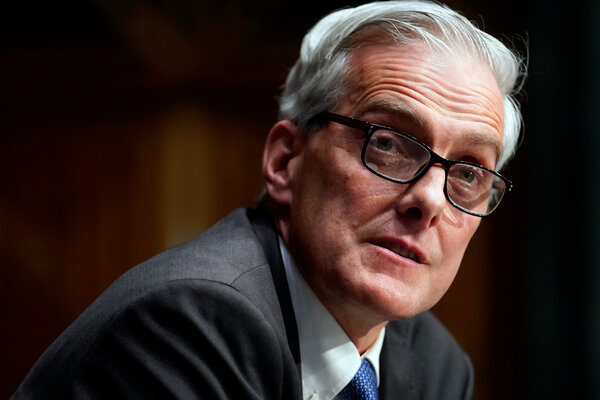 WASHINGTON — The Department of Veterans Affairs plans to offer gender confirmation surgery to transgender veterans, Denis McDonough, the secretary of veterans affairs, announced over the weekend at a Pride event in Orlando, Fla., in a major shift in available care for former service members.

“This process will require changing V.A.’s regulations and establishing policy that will ensure the equitable treatment and safety of transgender veterans,” Mr. McDonough said on Saturday at the event, noting that the change would take time. But he said the surgical needs of transgender veterans had been “deserved for a long time.”

Gender-affirming procedures reconstruct sexual organs to match the gender with which an individual identifies and have proved to mitigate serious health concerns like substance abuse, suicide and suicidal ideation, an administration official said, explaining the decision to change the policy. The procedures, which were once considered to be akin to cosmetic surgery, are now widely seen as effective treatment for such issues.

The process for changing health care benefits for transgender veterans could take years, and it is not known how many veterans would seek gender confirmation surgeries. The administration official said internal estimates showed that fewer than 4,000 veterans would be interested in the care.

There are more than 134,000 transgender veterans, according to an estimate from the National Center for Transgender Equality.

The annual cost of the new services would depend on whether they were provided from the Veterans Affairs Department or through outside partners.

“Updating this policy would allow V.A. to provide transgender and gender-diverse veterans with coordinated, medically necessary, transition-related surgical procedures,” a spokesman for the department said.

President Biden has also sought to restore civil rights protections for L.G.B.T.Q. people that were eliminated by President Donald J. Trump. On his first day in office, Mr. Biden signed an executive order that combats discrimination on the basis of gender identity or sexual orientation.

That resulted in the Department of Health and Human Services prohibiting providers from discriminating against gay and transgender individuals and restoring protections for transgender people seeking emergency shelter and homeless services. The Trump administration had denied them access to single-sex shelters of their gender identity.

The policy change at the Veterans Affairs Department is the Biden administration’s latest move to overturn years of discrimination against gay, lesbian, bisexual and transgender members of the military. A Trump-era ban on transgender service members was repealed on Mr. Biden’s fifth day in office.

He also announced on Saturday that the department was changing the name of its L.G.B.T.Q. health program to the L.G.B.T.Q.+ Health Program, calling it “language that proudly reflects new community standards of inclusiveness” and anticipated future changes.

“Even something as simple as displaying V.A.-specific rainbow magnets has proven to make our hospitals more welcoming,” Mr. McDonough said, “signaling to L.G.T.B.Q.+ vets that we are here for them.”