Boris Johnson said there was a “good chance” of striking a bumper trade deal as he hailed the President-elect’s defeat of Donald Trump in the tightly contested vote. Britain and the USA have been in talks over a new trading alliance for more than a year with some experts predicting it could be worth a staggering £20 trillion. And a senior Biden ally today vowed that Brexit Britain will remain a “significant” ally of the US, insisting there is “a lot of work to do together”.

Ahead of phoning Mr Biden to congratulate him on his success, Mr Johnson said significant progress had already been made on a trans-atlantic trade deal.

“I think that there is far more that unites the government of this country and government in Washington any time, any stage, than divides us,” he said.

“I’m a keen student of the United States’ trade policy and they’re tough negotiations. And I’ve never believed that this was going to be something that was going to be a complete pushover under any US administration.

“I think there’s a good chance we’ll do something. Liz Truss and her team have made a huge amount of progress and we’ll get on.”

And Mr Johnson said that a significant chunk of any deal could boost the creation of “hundreds of thousands of jobs” in the green sector.

“I think now with President Biden in the White House in Washington, we have the real prospect of American global leadership in tackling climate change.

“I see that President Biden shares a slogan, Build Back Better. But when you come to build back better, one of the ways to do it is to do it through a green industrial revolution, green energy, green home building, green transport, EVs, all the rest of it.

“Those measures can not only reduce your CO2 emissions and enable us to get to net zero by 2050, but they’re also capable of really moving the economy forward. So we look forward to talking about that issue with the White House.”

Britain has already struck a massive £15 billion trade agreement with Japan and similar deals are in the pipeline with Australia, New Zealand and Canada. 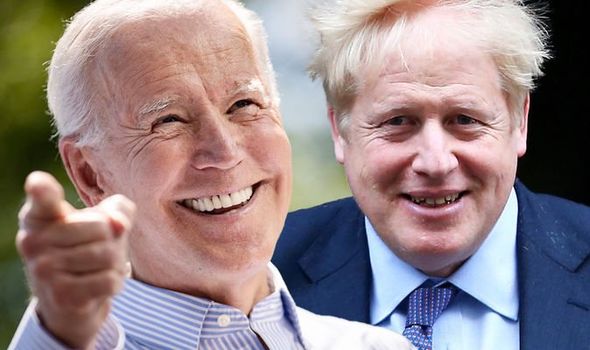 Talks on future trading relationship with the EU continue with hopes a deal can be struck this month.

Fears that Mr Johnson’s relationship with the new President wouldn’t be as warm as with his predecessor were dismissed yesterday by a key Biden-ally.

Senator Chris Coons, who has been tipped to become Mr Biden’s Secretary of State, insisted there were “significant and enduring” ties between the UK and the US.

“We’ve got more to do together than we could possibly do apart and I think those enduring and tectonic forces will bring us together fairly quickly,” he told the BBC’s Andrew Marr Show.

Asked if Brexit would make the UK a less useful ally to America, he said: “That is not a view I share.

“I think the United Kingdom and the United States have significant and enduring ties and a lot of important work to do together.

“Around the world in the region of the North Atlantic community as well as in the far-flung nations of the Commonwealth.

“I think the UK-US relationship will remain significant regardless of the departure of the UK from the EU.”

The senior Democrat said he believed Mr Johnson was more “agile and forward-looking” than he had been portrayed in the American press and he hoped Mr Biden would have a similar view.

Meanwhile, Donald Trump’s former National Security Adviser John Bolton has said Mr Biden would be open to the idea of a post-Brexit trade deal with the UK.

He told the Daily Express: “I think Boris Johnson should make it a priority to talk to Biden as soon as the situation is clarified and I think a free trade deal ought to be at the top of the agenda.

“That would be the point that I would suggest Boris Johnson makes. 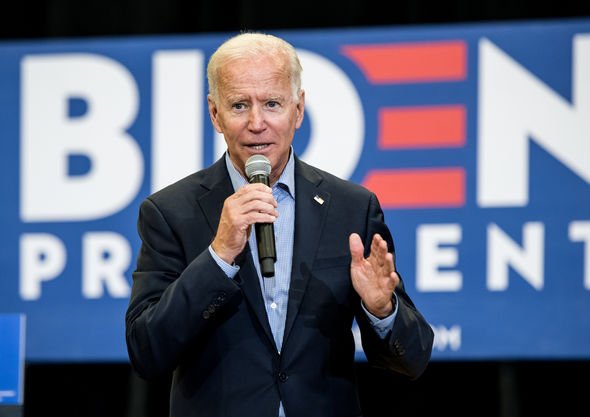 “He should say we have made our choice and because the economies of the two countries are so closely related we can resolve the issues and move forward.

“I will be surprised if Biden shows any kind of reluctance to make this deal work.

Earlier Foreign Secretary Dominic Raab said there is now an “exciting opportunity” to secure a trade deal with Mr Biden as President while former Chancellor Sajid Javid said that it would be easier now that Mr Trump is leaving the White House.

“I think a trade deal with Joe Biden is far more likely,” he told Sky News.

“Let’s look at the evidence, let’s look at what Donald Trump actually did when he was in office when it came to trade with the UK.

“He slapped tariffs on UK aluminium, UK steel, Scotch whisky – that not only hurt people in America in terms of higher prices, but it also cost jobs here in the UK.

“President Trump is a protectionist, he has been very clear about that, he’s paralysed the WTO (World Trade Organisation).

“We now want to strike more trade deals across the world and actually what you need is a president who believes in free trade, and that’s what we’re going to have with Joe Biden.”

Sir David Manning, British ambassador to the US from 2003 to 2007, predicted that the UK-US relationship could be strong still under a Biden administration.

He told Times Radio: “I think the result is good for Britain.”

According to data carried on the International Monetary Fund’s website, the combined GDP of the three nations as of 2020 totals just over £20.5trillion ($25trillion) – more than £5trillion more than the EU’s total, which is slightly less than £15trillion.

The UK would bring with it a GDP of almost $3trillion (£2.3 trillion), Mr Bassett said.