RMT leader Mick Lynch has raised the prospect of “unlawful industrial action” in the event a government under Liz Truss or Rishi Sunak follows through on threats to make going on strike illegal. Mr Lynch and the RMT have led thousands of workers out on strike amid widespread industrial action in protest over jobs, pay, pensions and conditions.

Mr Ball asked the union boss: “If you had Liz Truss or Rishi Sunak they’re going to legislate, to say strikes in railways are illegal. Would you then advise your members to break the law or would you be fighting the government in the courts?

“Well, we will look at the law and see what we can do in the court,” replied Mr Lynch.

“As a matter for them at the time, we’ll have to see what the law says.” 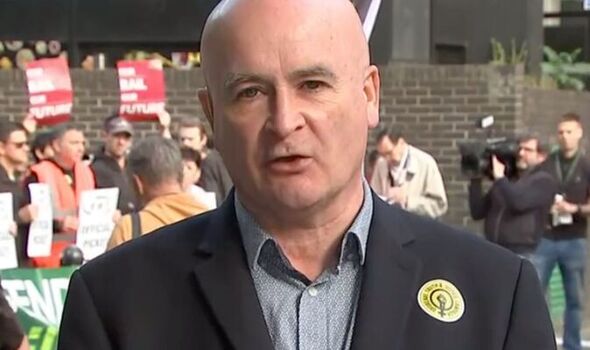