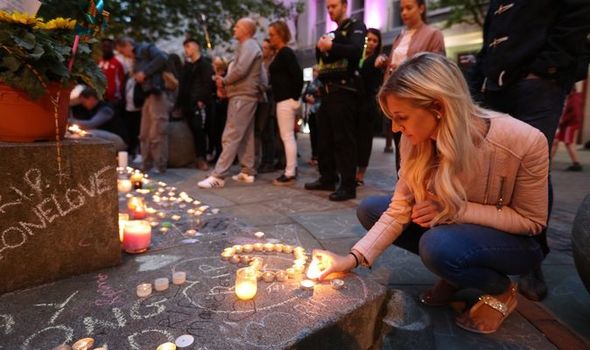 The Sunday Express has learnt of the potential move in the wake of the record 55-year sentence given to Hasham Abedi who helped his suicide bomber brother Salmon murder 22 people at the Manchester Arena in May 2017.

Ahead of sentencing the judge, Mr Justice Jeremy Baker noted that a full life sentence was not available for Abedi because he was younger than 21 when the crime was committed at the end of a Ariana Grande concert.

However, he said that Abedi, now 23, was “just as guilty” for the victims of the nail bomb as his brother who detonated the bomb.

In giving Abedi a 55-year minimum sentence he noted that he “may never be released” but Tory MPs and relatives of the victims have expressed disquiet and anger that a whole life tariff was not available following.

But the Mr Baker noted that it was for Parliament to legislate on whole life tariffs to allow judges to exercise this option in such cases.

After the sentencing, Greater Manchester Chief Constable Ian Hopkins commented: “From a personal perspective, and I know from many of my colleagues, we would very much like to have seen him receive a whole life tariff. 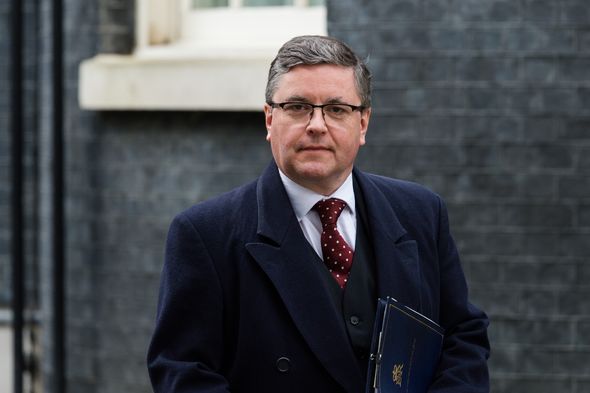 “Nevertheless he is going to spend a considerable part of his life in jail, where he belongs.

“And others, at some stage, many decades from now, may have to make a decision as to whether he ever gets released on licence.

“But yes, I mean I think all of us would have liked to have seen a whole life tariff because of this awful, awful, murderous act that he and his brother carried out.”

The restrictions came in the Terrorism Act 2006 passed by Tony Blair’s Labour government but a new Counter Terrorism and Sentencing Bill is currently going through Parliament.

A source close to Mr Buckland, the Lord Chancellor, has confirmed that he is considering changes in the wake of the judge’s comments.

The source also noted that the government believed the judge was “clever” in his sentencing because they believe a 60 year sentence would have led to an appeal for a reduction of prison term.

Former security minister Sir John Hayes said that a change to the sentencing policy was “much needed and long overdue”.

He said that in serious cases such as this where rehabilitation was not an option sentencing should “allow for retribution”.

But he warned that the changes would need to ensure that terrorists like Abedi did not end up with lighter sentences by accident.

He said: “A whole life tariff could have seen him released in 30 or 40 years so in some ways the 55 year minimum sentence is better.

“So any changes will need to ensure that there is no room for leniency to be exercised at a later date.”