The F.B.I. said it would review some long-classified documents for possible disclosure, a decision that followed a push by families of the attacks’ victims. 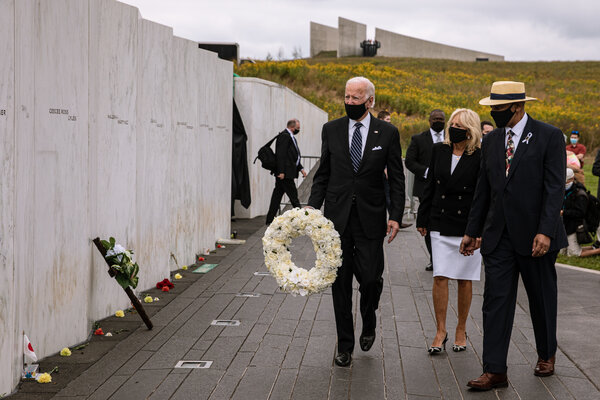 WASHINGTON — The Biden administration, under pressure from families of victims of the Sept. 11 attacks, said on Monday that it intended to disclose some long-classified documents that the families think could detail connections between the government of Saudi Arabia and the hijackers who carried out the attacks.

In a court filing in long-running litigation brought by the victims’ families against Saudi Arabia, the Justice Department said that the F.B.I. “recently” closed a portion of its investigation into the terrorist attacks and was beginning a review of documents that it had previously said must remain secret with an eye toward disclosing more of them.

“The F.B.I. has decided to review its prior privilege assertions to identify additional information appropriate for disclosure,” the department said in a letter to two federal judges in Manhattan overseeing the case. “The F.B.I. will disclose such information on a rolling basis as expeditiously as possible.”

The terse letter provided no further details about what additional information might become public, or when disclosures would begin.

The decision came after a group representing more than 1,600 people directly affected by the attacks called last week for President Biden to not participate in any memorial events for the 20th anniversary of the attacks next month unless he fulfilled a campaign promise to review the documents for possible declassification and release.

After the filing, the White House issued a statement from Mr. Biden expressing sympathy for the family members and invoking a 2009 policy, issued when he was vice president, that imposed limits on when the government may assert the state secrets privilege to block the disclosure of evidence in lawsuits for national security reasons.