WASHINGTON (Reuters) – The U.S. House of Representatives was poised on Thursday to pass a $484 billion coronavirus relief bill, funding small businesses and hospitals and pushing the total spending response to the crisis to an unprecedented nearly $3 trillion. 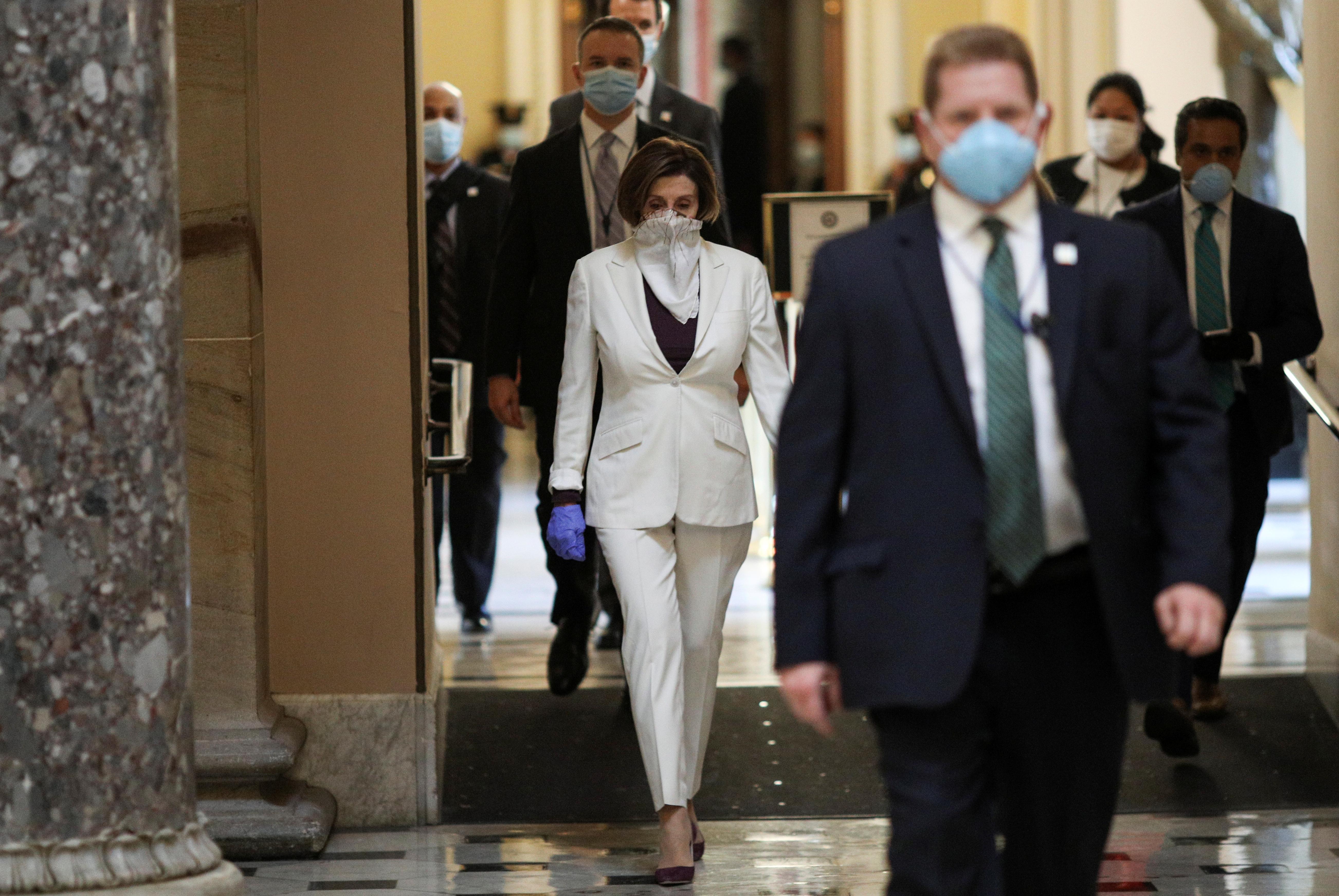 The measure is expected to receive solid bipartisan support in the Democratic-led House. But threats of opposition by some members of both parties prompted legislators to return to Washington for the House vote despite stay-at-home orders meant to control the spread of the virus.

The Republican-led Senate passed the legislation on Tuesday by unanimous consent, so senators did not have to travel.

Approval by the House will send the latest relief bill to the White House, where Republican President Donald Trump has promised to quickly sign it into law.

Before voting on the coronavirus aid bill, the House voted to approve a new select committee, with subpoena power, to probe the U.S. coronavirus response. It will have broad powers to investigate how federal dollars are being spent, U.S. preparedness and Trump administration deliberations.

House Speaker Nancy Pelosi, a Democrat, said the panel is essential to ensure funds go to those who need them and to prevent scams. Republicans said the panel is not needed, and that the three coronavirus relief bills already passed have enough oversight in them. The committee was approved on a vote of 212-182, along party lines.

The $484 billion aid bill that the House was to vote on next would be the fourth passed to address the coronavirus crisis. It provides funds to small businesses and hospitals struggling with the economic toll of a pandemic that has killed more than 47,000 Americans and thrown a record 26 million out of work over the past five weeks, wiping out all the jobs created during the longest employment boom in U.S. history.

“This is really a very, very, very sad day. We come to the floor with nearly 50,000 dead, a huge number of people, and the uncertainty of it all,” Pelosi said during debate.

Congress passed the last coronavirus relief bill, worth more than $2 trillion, in March, with overwhelming support from members of both parties. It was the largest such funding bill ever passed.

But the two parties have set the stage for an angry fight over additional funding for state and local governments reeling from the impact of lost revenue after Republicans refused to include it in the current relief bill.

Trump has said he supports more funding for states, and has promised to back it in future legislation.

But congressional Republicans have resisted. Senate Majority Leader Mitch McConnell suggested in a radio interview on Wednesday that states could go bankrupt, but said later he did not want states to use federal funds for anything unrelated to the coronavirus.

Democrats castigated McConnell for the remark. “Leader McConnell said to our cities and states, to our cops and firemen and teachers, he told them to drop dead,” said Representative Max Rose, who represents a district in New York City.

New York Governor Andrew Cuomo called the bankruptcy proposal “one of the really dumb ideas of all time” during a regular news briefing.

Thursday’s voting was taking place under safety protocols that considerably lengthened proceedings. Lawmakers were instructed to wait in their offices for the vote, then come to the House in alphabetical order in small groups and to stand in line, six feet apart, before entering the chamber.

There was also a half-hour break scheduled to clean the chamber between the first and second votes.About 40 House members were in the room to watch the hours of debate in person, at any given point during the day. Most wore face masks and removed them to speak, after using cleaning wipes to swab off their lecterns and microphones. 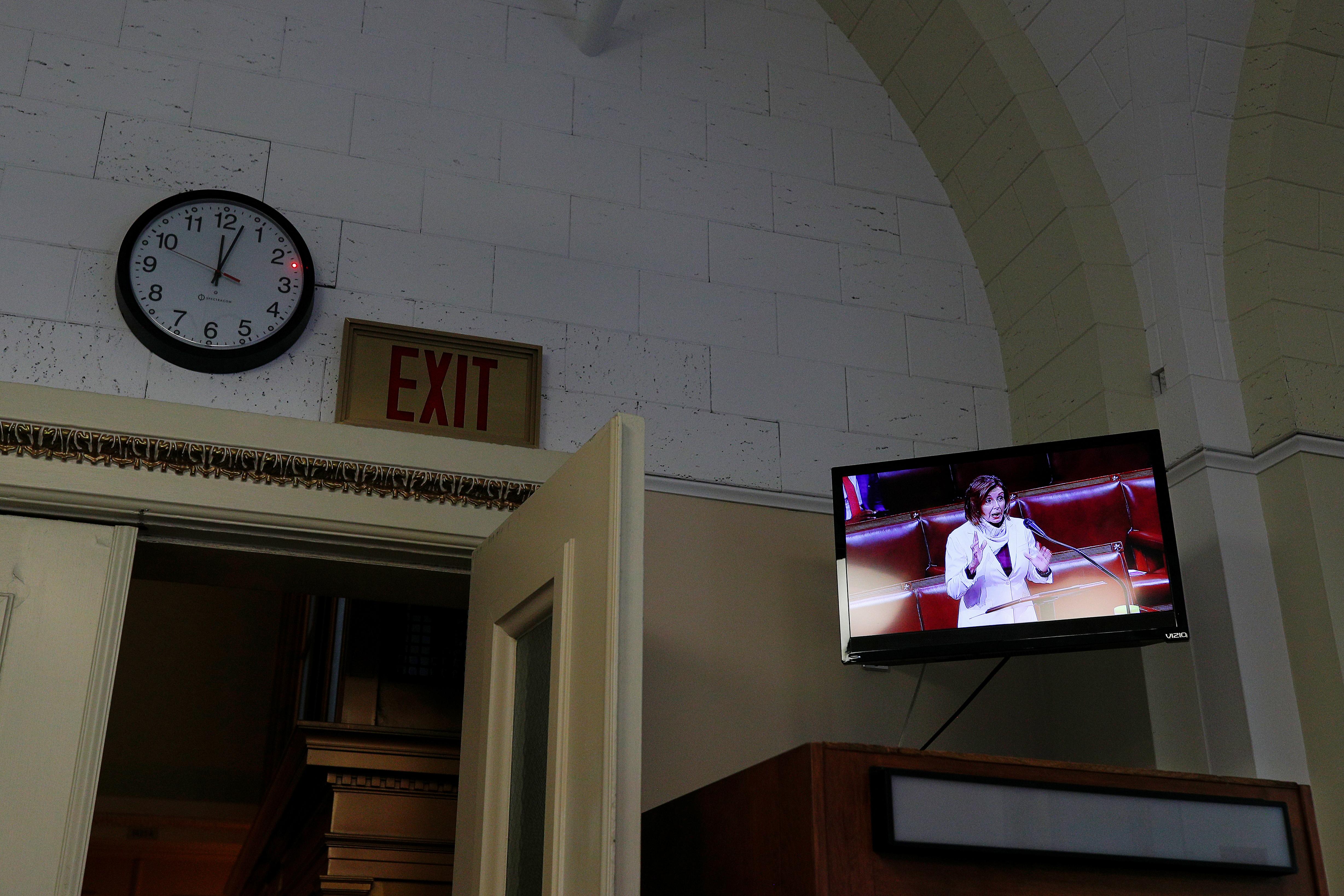 Echoing Trump, many Republicans also want the country – including Congress – to reopen more quickly than in the several more weeks recommended in many states. Republican Representative Ralph Norman of South Carolina said lawmakers should “get our businesses to open the doors and do what Americans have always been allowed to do, which is go to work.”

House Republican leader Kevin McCarthy said the latest aid package should have been passed at least two weeks ago after the Trump administration requested it, saying that perhaps then more Americans would have kept their jobs.

“Some people unfortunately got laid off because of this delay,” McCarthy said. Democrats rejected the charge, saying lawmakers had improved on Trump’s request by adding more money for small businesses, hospitals and coronavirus testing.