They spoke for a combined two hours and 17 minutes over the course of three days as they argued that Trump incited an insurrection Jan. 6 and must therefore be convicted by the U.S. Senate. They rested their case Thursday afternoon. Here are their most memorable quotes. 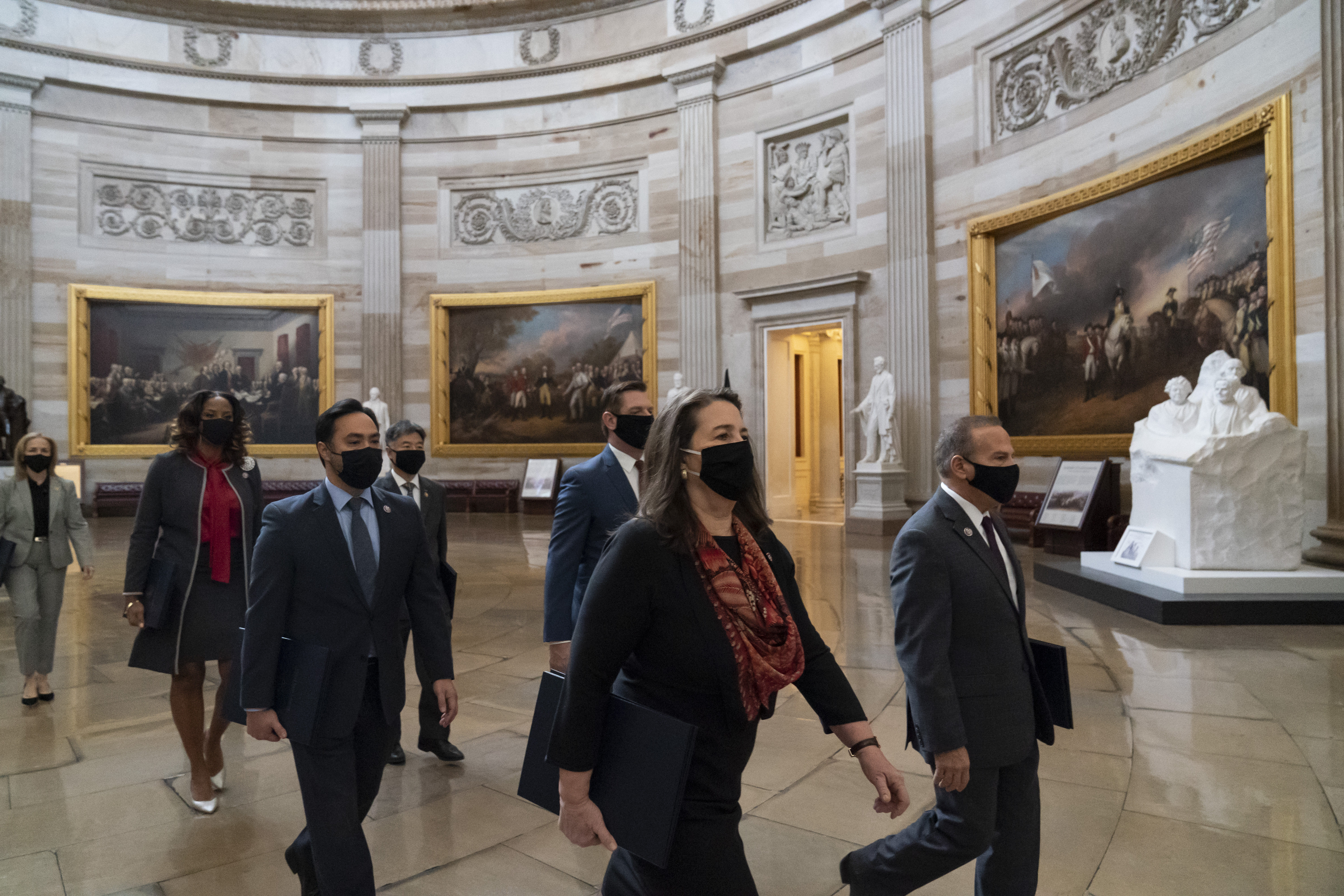 DeGette on Thursday: “These extremist groups were emboldened because President Trump told them repeatedly that their insurrectionist activities were the pinnacle of patriotism. Well, let today be the day that we reclaim the definition of patriotism. Impeachment is not to punish, but to prevent.”

Neguse on Thursday: “To hear (Trump’s) lawyers tell it, he was just some guy at a rally, expressing unpopular opinions. They would have you believe this whole impeachment is because he said things that one may disagree with. Really? Make no mistake, they will do anything to avoid talking about the facts of this case.”

DeGette on Thursday, referring to the Jan. 6 rioters: “Their own statements before, during and after the attack make clear: The attack was done for Donald Trump, at his instructions, and to fulfill his wishes. Donald Trump had sent them there. They truly believed that the whole intrusion was at the president’s orders and we know that because they said so.”

Neguse on Wednesday: “As you’ll see during the course of this trial, that mob was summoned, assembled, and incited by the former president of the United States, Donald Trump. And he did that because he wanted to stop the transfer of power, so that he could retain power.”

Neguse to senators on Thursday: “We humbly — humbly — ask for you to convict President Trump for the crime which he is overwhelmingly guilty of. Because if you don’t — if we pretend this didn’t happen, or worse, if we let it go unanswered — who’s to say it won’t happen again?”