WASHINGTON (Reuters) – U.S. President Donald Trump has urged residents in the critical political battleground of North Carolina to try to vote twice in the Nov. 3 election, once by mail and once in person, igniting a furor for appearing to urge a potential act of voter fraud.

“Let them send it in and let them go vote,” Trump said in an interview on Wednesday with WECT-TV in Wilmington, North Carolina. “And if the system is as good as they say it is, then obviously they won’t be able to vote” in person.

Trump has repeatedly asserted, without evidence, that mail-in voting – expanded by some states because of the coronavirus pandemic – would increase fraud and disrupt the November election, although experts say voter fraud of any kind is extremely rare in the United States.

Voting more than once in an election is illegal and in some states, including North Carolina, it is a felony not only to vote more than once but also to induce another to do so.

Ballots are due to be mailed in North Carolina on Friday.

State Attorney General Josh Stein, a Democrat, wrote on Twitter that the Republican president had “outrageously encouraged” North Carolinians “to break the law in order to help him sow chaos in our election.”

Stein wrote: “Make sure you vote, but do NOT vote twice! I will do everything in my power to make sure the will of the people is upheld in November.”

Trump’s campaign and the White House later denied that he meant to tell people to vote twice.

“The president is not suggesting anyone do anything unlawful,” White House spokeswoman Kayleigh McEnany told Fox News Channel on Thursday. “What he said very clearly there is make sure your vote is tabulated and if it is not, then vote.”

However, in a series of tweets on Thursday morning, Trump again urged his supporters to vote early by mail and then follow up by attempting to vote in person.

“On Election Day, or Early Voting go to your Polling Place to see whether or not your Mail In Vote has been Tabulated (Counted),” Trump wrote. “If it has you will not be able to Vote & the Mail In System worked properly. If it has not been Counted, VOTE.”

Twitter Inc (TWTR.N) later placed warnings over the tweets for violating its rules on civic and election integrity. Facebook Inc (FB.O) also placed a new label on Trump’s post, in which it said “voting by mail has a long history of trustworthiness in the US and the same is predicted this year.”

Facebook also said it would remove the video of Trump talking about voting twice, if people shared it without any captions or context, or in support of what the president said. A spokesman told Reuters on Thursday afternoon it had not yet identified or removed such versions of the video.

The Democratic National Committee accused Trump of encouraging voter fraud and said the president was undermining confidence in the fairness of the election.

“Let’s be clear: Voting by mail is a safe and secure way for Americans to participate in our democracy — and Trump should be working to make it easier to vote, not harder,” Reyna Walters-Morgan, the DNC’s director of voter protection, said in a statement.

Patrick Gannon, a spokesman for North Carolina’s state Board of Elections, said a person would not be able to cast two ballots, regardless of whether they voted by mail or in person first. The first vote that is received and processed is the one that counts, he said.

“Voting twice in an election is a felony,” Gannon said. “If you put a ballot in the mail, and it hasn’t arrived yet, and then you vote in person before your absentee ballot has arrived, your in-person vote will count.”

He said if an absentee ballot showed up after a person had voted in person, it would not be counted.

Many Americans vote by mail because they cannot make it to the polls. In 2016, nearly one in four voters cast presidential ballots by mail. 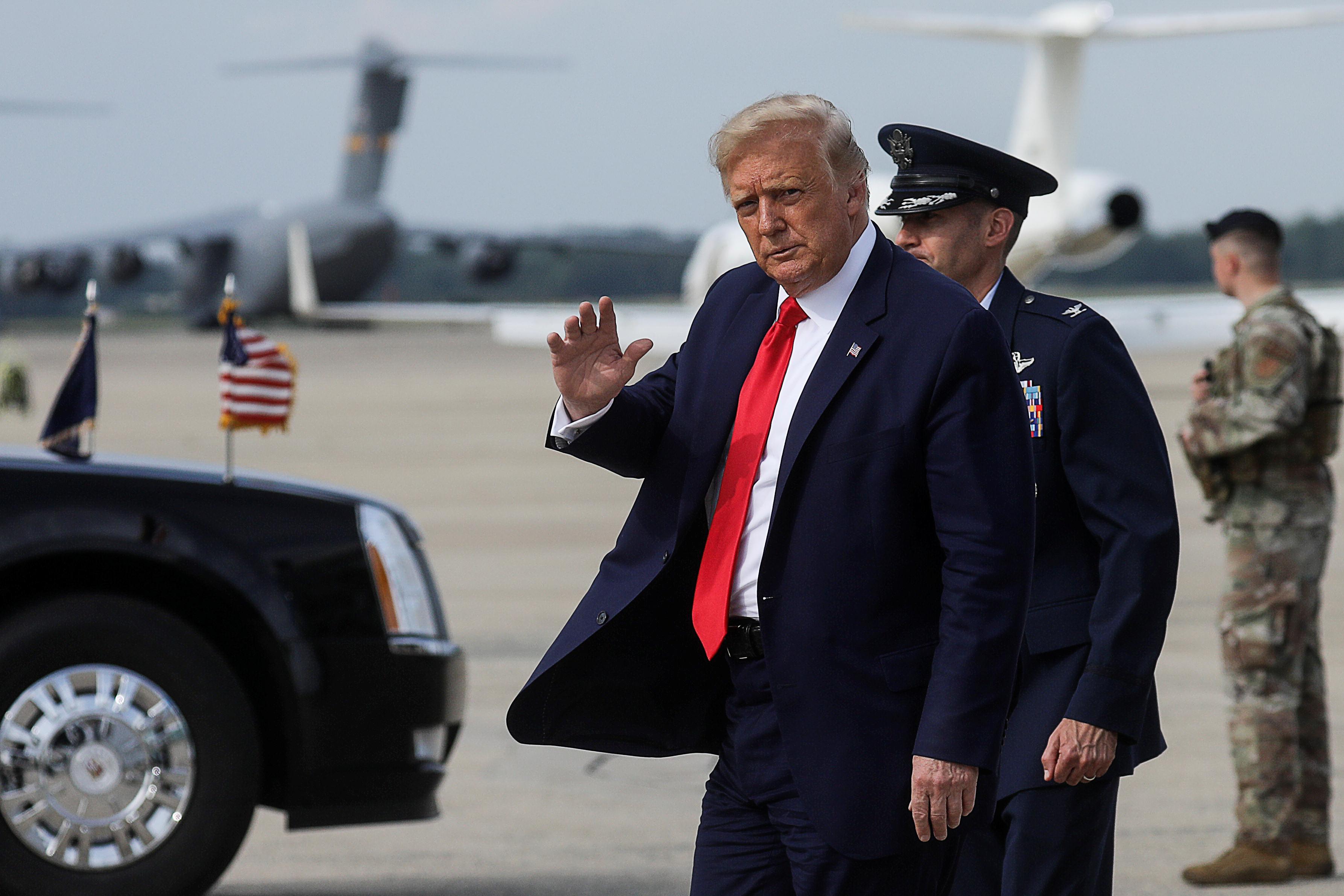 The coronavirus pandemic is expected to result in a record number of mail-in ballots this year as voters seek to avoid the risk of infection. Experts have cautioned the expected surge means a winner may not be clear on election night given the time it will take to count and verify all the ballots.

Trump campaigned on Wednesday in North Carolina, known as a battleground state because its population can swing either to Republicans or Democrats and play a decisive role in presidential elections.