Donald Trump is set to launch his formal bid to win back the Presidency in January on the back of what is expected to be a large victory for the Republicans in the midterm elections next month. Express.co.uk understands that a key ally, Jason Miller, the founder of the social media platform GETTR, is already leading the preparations for a potential bid to retake the White House with Joe Biden’s approval ratings at rock bottom.

The former US President was in Minden, Nevada this weekend to give his latest rally to thousands of supporters as he whips up support for a fresh bid with a tour of the US.

It comes as polling for Express.co.uk by the Washington DC based Democracy Institute has revealed that Americans now regret his controversial defeat to Joe Biden in 2020.

The poll of 1,500 likely voters over 26 to 29 September showed that 55 percent believe Trump was a better President than Biden.

Meanwhile, Mr Trump would beat Biden by 48 percent to 44 percent in a match up if there was a rerun of the 2020 election. 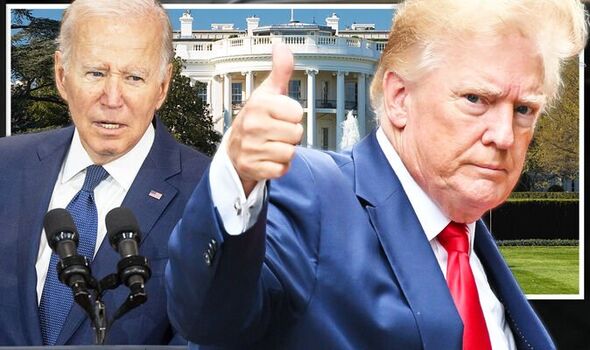 The situation gets worse for Democrats in other match ups with Trump beating Vice President Kamala Harris by 49 percent to 39 percent and Hillary Clinton 49 percent to 42 percent in a rerun of the 2016 campaign.

Senior Republicans have told Express.co.uk Mr Trump is waiting for the results of the midterm elections to make a final decision on a White House bid but believe it is “likely”.

According to the poll for Express.co.uk, Republicans are expected to comfortably win the House of Representatives in Congress with a lead of 48 percent to 44 percent.

According to the Democracy Institute poll the Republicans lead the Democrats by 47 percent to 44 percent in the Senate race which could give them 53 seats to 47, but many in Washington think that is the optimistic outcome.

Mr Miller told Express.co.uk that the recent raids by the FBI on his home in Florida had “boosted” Mr Trump’s popularity chances with senior Republicans. 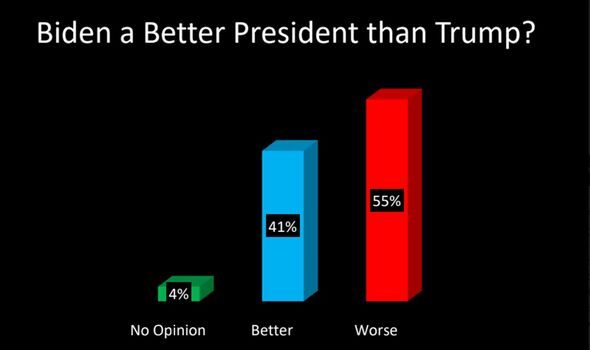 Former Trump White House staff appointee Peggy Grande, who founded the World for Brexit thinktank, said: “January after the midterms looks likely for the launch. All the other potential [Republican] candidates are looking to see what Donald Trump does but the nomination is his if he wants it.”

She added that the Heritage Foundation already has “a day one plan” in place to staff and provide policies for a Trump White House.

However, a senior Republican source has insisted that Trump will not have it all his own way.

He is likely to face a strong alternative candidate with former Secretary of State Mike Pompeo expected to make a run while Florida governor Ron Desantis is another favourite.

‘Republicans will take back control from Biden’ [INSIGHT] 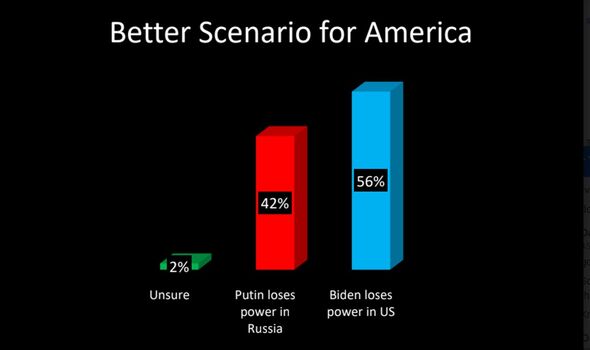 But the mood in America looks bleak for the sitting President with the polll showing that 56 percent think it would be better for him to be out of the White House than Putin to be out of the Kremlin compared to 42 percent the other way round.

In a video interview with Express.co.uk (above) Patrick Basham, Director of the Democracy Institute, agreed that it looks “set up for a Trump run.”

He said: “The word is definitely out there that January is looking at when he will launch by.

“Your more rabid Trump supporters wanted him to announce a year ago, they can’t wait and it will be a shot in the arm for them.”

“If it comes on the back of a Republican  sweep in the midterms it will be tremendous new for them.”

“He beats Biden handsomely and he beats the other likely suspects by a larger margin which is the Democrats dilema.”

He added: “My only word of caution for Republicans in the Trump campaign that there is a danger that you peak too soon.”