Twin environmental actions set for Thursday underscored the president’s push to roll back regulations as the coronavirus crisis continues. 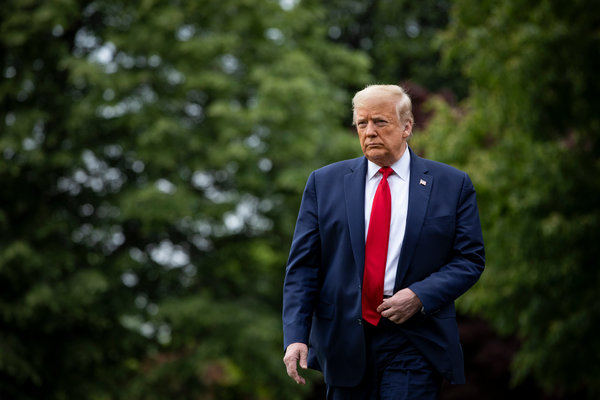 By Coral Davenport and Lisa Friedman

WASHINGTON — The Trump administration, in twin actions to curb environmental regulations, will move on Thursday to temporarily speed the construction of energy projects and to permanently weaken federal authority to issue stringent clean air and climate change rules.

President Trump plans to sign an executive order that calls on agencies to waive required environmental reviews of infrastructure projects to be built during the pandemic-driven economic crisis. At the same time, the Environmental Protection Agency has proposed a new rule that changes the way the agency uses cost-benefit analyses to enact Clean Air Act regulations, effectively limiting the strength of future air pollution controls.

Together, the actions signal that Mr. Trump intends to speed up his efforts to dismantle environmental regulations as the nation battles the coronavirus and a wave of unrest protesting the deaths of black Americans in Georgia, Minnesota and Kentucky. They will also help define the stakes in the 2020 presidential election, since neither effort would likely survive a Democratic victory.

By changing the way the government weighs the value of the public health benefits, Andrew Wheeler, the E.P.A. administrator, would allow the agency to justify weakening clean air and climate change regulations with economic arguments.

Mr. Trump’s executive order would use “emergency authorities” to waive parts of the cornerstone National Environmental Policy Act to spur the construction of highways, pipelines and other infrastructure projects. Environmental activists and lawyers questioned the legality of the move and accused the administration of using the coronavirus pandemic and national unrest to speed up actions that have been moving slowly through the regulatory process.

“When it comes to trying to unravel this nations’ environmental protection laws, this administration never sleeps,” said Richard Lazarus, professor of environmental law at Harvard University.

Fossil fuel companies have long asserted that the economic formulas used by the federal government to justify pollution controls have unfairly harmed them. During the Obama administration, the E.P.A. drafted a rule to limit toxic mercury pollution from power plants, estimating that it would cost the electric utility industry $9.6 billion a year. But an initial analysis found that reducing mercury would save just $6 million annually in health costs. 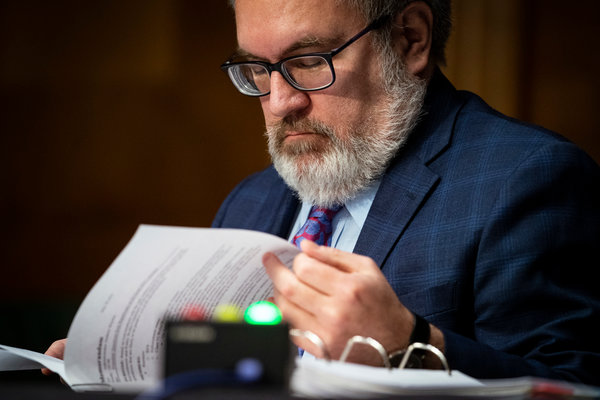 To justify that stark imbalance, the Obama administration found an additional $80 billion in health “co-benefits” from the incidental reduction of soot and nitrogen oxide that would occur as side effects of controlling mercury.

Last month, the Trump administration completed a rollback of that Obama mercury rule that discounted such co-benefits.

Now, Mr. Wheeler has proposed extending that measure by eliminating or reducing the emphasis on co-benefits across all new Clean Air Act regulations. This year, he is expected to propose a similar revamp of the cost-benefit formulas that govern clean water and chemical safety regulations.

Mr. Wheeler said that the E.P.A. would still calculate the economic value of such co-benefits. But he said those calculation would no longer be used in defending rules. “Co-benefits would not be used to justify the rule,” he said in a telephone call with reporters, noting specifically that the change would mean that regulations like the Obama-era mercury rule would no longer be defensible.

“The way the Obama administration used co-benefits to calculate the mercury rule and other rules — they were playing a shell game,” he said.

Critics said the change defies the intent of the landmark Clean Air Act of 1970.

“These economic cost-benefit analyses have been an important driver of Clean Air Act regulations for 40 years,” said Richard Morgenstern, a former E.P.A. official who served from the Reagan to the Clinton administrations. “What this rule is doing is altering the math in such a way to potentially downplay the economic benefit to public health, so they are justified in writing weaker rules in the future.”

“This helps the Trump agenda because it limits E.P.A.’s freedom to push out new regulations,” said Steven J. Milloy, a member of Mr. Trump’s E.P.A. transition team and author of the book “Scare Pollution: Why and How to Fix the E.P.A.”

The fossil fuel industry celebrated the move. “Through administrator Wheeler’s proposal, E.P.A. must now be consistent and transparent with the data and analysis used to justify decisions in its rule-making efforts,” said Anne Bradbury, chief executive of the American Exploration and Production Council, which represents oil and gas companies. “These reforms help to avoid federal rules that could otherwise hurt American workers, businesses and our economy.”

The future of Thursday’s actions will depend on the outcome of this November’s election. If former Vice President Joseph R. Biden Jr. defeats Mr. Trump and is inaugurated before the draft rule is made final, a process that can easily take up to a year, his administration could simply discard the proposal. If the rule is made final, but Mr. Biden wins the White House and Democrats take control of the Senate, they could use the Congressional Review Act to quickly undo the Trump-era regulation.

The act, almost never used until Mr. Trump took office, allows Congress to nullify any regulation that has been in place for fewer than 60 legislative days.

“If a new president takes office on Jan. 20, 2021, it’s extremely unlikely that this regulation will survive,” said Richard Revesz, an expert on environmental law at New York University.

Thursday’s executive order would be even more vulnerable, since it could be undone with a new president’s signature. Mr. Trump’s order cites “the nation’s economic recovery from the Covid-19 emergency” to justify directing federal agencies to use their emergency authorities to “expedite construction of highways and other projects,” according to the White House.

The policy, first reported by The Washington Post, will “continue the administration’s efforts to reform burdensome and outdated bureaucratic processes that prevent projects from moving forward,” a White House senior official said.

Two people familiar with the details said the order would encourage agencies to bypass requirements under the National Environmental Policy Act, which requires the federal government to prepare detailed analyses of projects that could have significant environmental effects.

Kathleen Sgamma, president of the Western Energy Alliance, an association of independent oil and gas producers, declined to comment on the order until it was made public but noted that there were “statutes and precedent on which President Trump could rely” to bypass certain requirements.

“Infrastructure projects are certainly an effective way to jump start economic recovery and get people back to work while supporting growth far into the future,” she said.

Joel Mintz, a former attorney for the Environmental Protection Act and now a professor at the Nova Southeastern University College of Law, said it was unclear what legal authority Mr. Trump had to invoke such waivers.

“NEPA is a clear directive from Congress to federal agencies that the president cannot ignore or change unilaterally,” he said. “This is also very bad public policy. Pipelines and other infrastructure can do great environmental harm. Their impact should be carefully examined, as NEPA requires, before they are allowed to go forward.”

Mr. Lazarus, the Harvard professor, noted that the environmental policy act does provide for federal agencies to consult with the White House on whether “emergency circumstances” make it necessary to waive requirements.

“The president’s assertion of authority to waive the application of environmental laws in the way described seems wholly untethered from law,” Mr. Lazarus said.

The Trump administration aimed to dismantle parts of the National Environmental Policy Act long before the coronavirus pandemic hit the United States. In January Mr. Trump released a plan to weaken the law. That measure, which is expected to be finalized this month, would no longer take climate change into account when federal agencies weigh the environmental consequences of infrastructure projects.

The Club for Growth, a free-market group, applauded the move and called it “bold action” to “get our country back to work faster.” The Center for Biological Diversity, an environmental group, accused the administration of “exploiting the pandemic.”