Labour has run Wales since devolution began in 1999 but a poll showing the Tories are within touching distance of the party suggests swathes of the electoral map of Wales could turn blue on May 6. The Welsh Parliament elections are likely to be seen as a referendum on how well First Minister Mark Drakeford’s Labour government has led the nation through the pandemic.

Andrew RT Davies, a proud Brexiteer who leads the Conservatives, described the elections as a “chance in a generation” to change the nation.

He paints the Labour leader as a “Corbyn disciple”. Back in 2015, then-health minister Mr Drakeford endorsed Jeremy Corbyn as the candidate “whose views most closely reflect my own”.

Mr Davies argues that under Labour Welsh wages have failed to keep pace with Scottish earnings. Last year Scottish workers on average earned £54.90 more a week than their Welsh counterparts.

The YouGov polling showed that when people were asked how they would cast their constituency ballot Labour remained the most popular party on 32 percent, but the Conservatives were right behind on 30 percent, ahead of pro-independence Plaid Cymru on 23 percent. 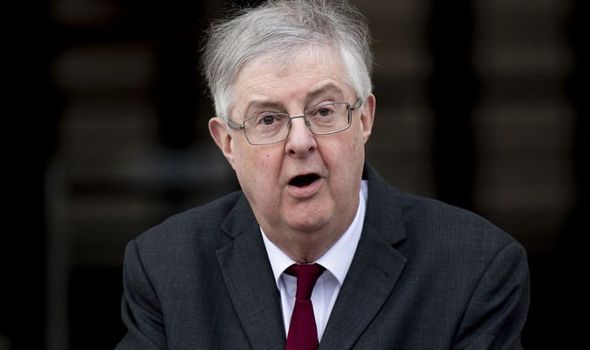 Welsh election expert Professor Roger Awan-Scully said in his analysis that Labour could be on course for “the closest devolved election ever – and possibly the worst ever result for the Labour party”.

Mr Davies has ruled out a coalition with Plaid, which wants to hold a referendum on leaving the UK.

“There’s no way in the world that we’re going to do a deal with a party that wants to break up the United Kingdom,” he said.

He also opposes the aims of the Abolish the Welsh Assembly party, which is tipped to win four of the 60 seats in the Welsh Parliament, also known as the Senedd.

Arguing that people do not want more constitutional change, he said: “I think they want a government after May 6 which focuses on the bread and butter issues of the economy, health, education and the environment and on delivering on the key goals which are in the manifesto.” 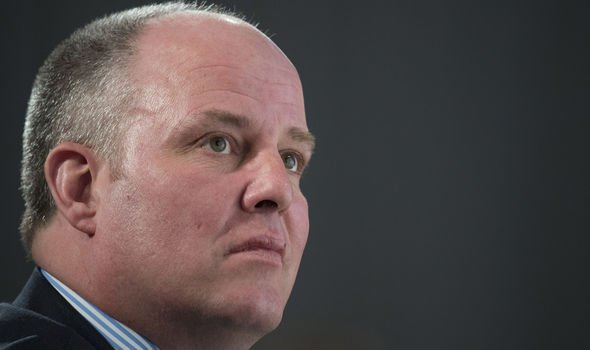 Describing the consequences of a Labour-Plaid coalition, he said: “The price that the nationalists will extract from Labour will be this independence referendum that will be so divisive and destructive to the government of the day.”

However, Labour Blaenau Gwent MS Alun Davies argued that a ballot cast for the Conservatives was a “wasted vote” because he claimed the party stood no chance of forming a government.

He said: “[People] trust Mark Drakeford… They don’t always agree with the decisions he takes but they trust him…

“My feeling is that when you trust somebody when you’re in the middle of a pandemic you are going to trust the same people to get you out of that pandemic, to recover from it.”