MEPs have called on Commission heads to resign after several member states suspended the use of the Oxford jab. A group of the Italian League MEPs have lambasted the Commission’s contradictory statements on the Anglo-Swedish vaccine as the crisis escalates.

Marco Campomenosi, head of the group, said: “Amidst statements, denials and a chorus of contradictory positions, today the umpteenth bad look on the part of the EU institutions in the management of the pandemic and the vaccine plan.

“First Commissioner Timmermans admitted errors on vaccine orders, shortly afterwards this denied by the spokesman of the European Commission.

“Then the head of vaccination strategy Ema Marco Cavaleri, in a hearing at the European Parliament, defined the AstraZeneca vaccine as safe, just as France, Italy, Germany and other states have precautionarily suspended the use of the same vaccine.

“The EU institutions need to clarify and maintain a responsible attitude, the exact opposite of what we have seen so far. 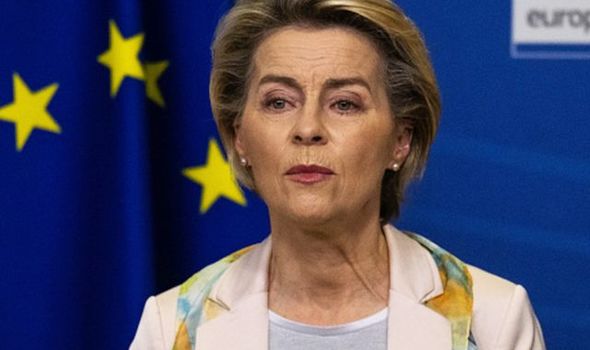 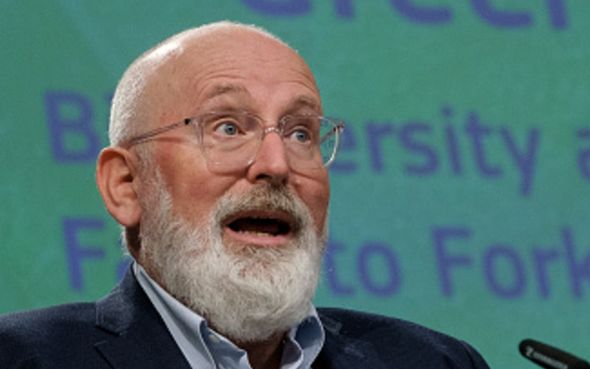 “Absurd: there are governments that, also due to the bad management of the emergency, have fallen.

“Is it possible that the only place where one never hears of resignations and clear and unequivocal setbacks is always Brussels?”

The Netherlands, the Republic of Ireland, Denmark, Norway, Bulgaria, Iceland and Thailand had already temporarily suspended their use of the jab.

The European Medicines Agency (EMA) said “many thousands of people” develop blood clots every year in the EU and “the number of thromboembolic events overall in vaccinated people seems not to be higher than that seen in the general population”.

The EMA’s safety committee is reviewing the data and working closely with the company, experts in blood disorders, and authorities including the UK’s Medicines and Healthcare products Regulatory Agency (MHRA).

The committee will further review the information on Tuesday ahead of an extraordinary meeting on Thursday to consider any further action that may be needed.

UK leaders and medical experts have defended the use of the vaccine.

DON’T MISS:
Three of the top four European countries for Covid vaccines not in EU [DATA]
BRUSSELS SHAME: What are EU playing at – vaccine rollout anger at ban [COMMENT]
Blood clot symptoms: Are blood clots dangerous? How many get them? [ANALYSIS] 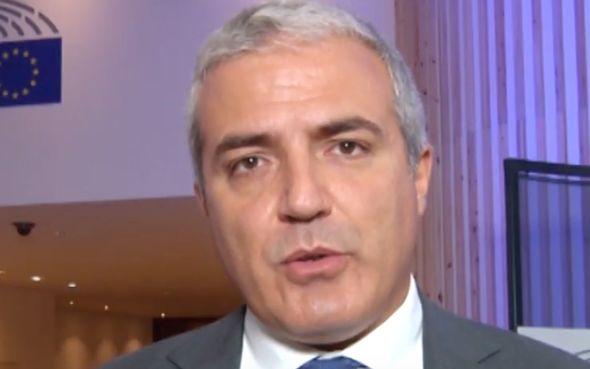 Prime Minister Boris Johnson said there was “no reason at all” to stop the vaccine’s rollout and Scottish First Minister Nicola Sturgeon said she would accept her jab “without hesitation” when called on.

Mr Johnson said the MRHA was “one of toughest and most experienced regulators in the world”.

He added: “They see no reason at all to discontinue the vaccination programme… for either of the vaccines that we’re currently using.”

Speaking at a coronavirus briefing in Edinburgh on Monday, Nicola Sturgeon said there was “no current evidence” linking the inoculation to blood clots. 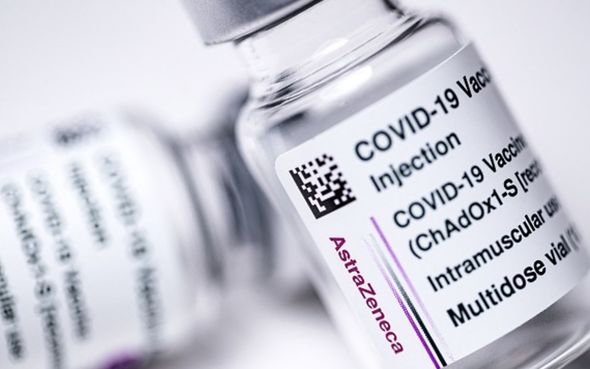 She said: “As soon as I get that invitation to go to be vaccinated, I will be there without hesitation, regardless of which of the vaccines I have been offered, and I would urge anybody who is getting the invitation to come and be vaccinated to get vaccinated.”