Action Radiotherapy said disbanding the Cancer Recovery Taskforce (CRT) comes at the “worst possible moment”, with thousands of people waiting for treatment and more undiagnosed. NHS chief Sir Simon Stevens shut down the CRT – which was set up as part of a Cancer Recovery Plan in the wake of the pandemic – at the end of March.

A letter to MPs, seen by the Daily Express, points out that the CRT had “largely done its job” in returning cancer referral and treatment levels to pre-pandemic levels.

From now on work will be overseen by the National Cancer Board and the wider NHS Cancer Programme.

But campaigners say that the backlog of patients remains at worrying levels and that 37,000 people who would have expected to have been diagnosed with cancer since the start of the pandemic have not done so. 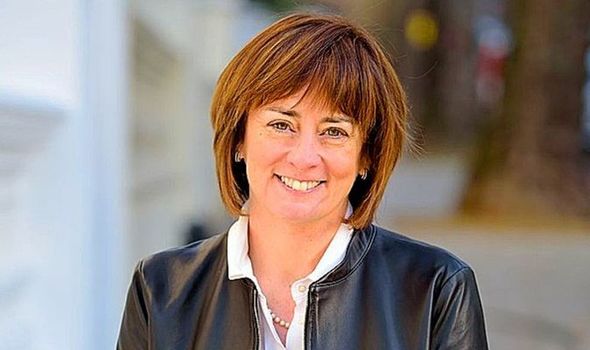 Professor Pat Price, founder of the Catch Up With Cancer campaign and chair of Action Radiotherapy, said: “It’s like sending a message to the rescue boats that they’re not needed by a sinking ship. This is the worst cancer crisis in my 30-year career. Tens of thousands of patients are going to die unnecessarily.”

Dame Cally Palmer, NHS National Cancer Director, said: “The NHS has prioritised cancer patients throughout the pandemic and last week published a plan to accelerate the delivery of operations and other services with a £1billion elective recovery fund.

“The latest figures show cancer services have been maintained even during the height of the greatest pressure on the NHS.”

It beggars belief that the Cancer Taskforce is being disbanded.

It’s like sending a message to the rescue boats that they’re not needed by a sinking ship.

This is the worst cancer crisis in my 30-year career. Tens of thousands of cancer patients are going to die unnecessarily.

The Government and senior NHS leaders have never accepted the true scale of this Covid induced cancer backlog.

Behind all the statistics is a simple reality. The rate at which people are affected by cancer hasn’t changed in the past year.

But services were badly disrupted for several months.

And with cancer services still not all up to pre-pandemic levels there’s by definition a backlog of patients.

We can’t catch that up without super boosting services. That needs investment; investment in the workforce, equipment and new technology to allow clinicians to work remotely and smarter.

All this requires serious money. But we have had a Spending Round and a Budget with barely a mention of cancer.

The now defunct Cancer Task Force was too limited in its powers and remit.

Far from scrapping it they should be reforming it but this time backed with real political energy of the kind put behind the vaccine rollout.

The cancer care community is pleading with the policy makers to wake up and not sleep walk into this crisis.

Professor Pat Price is the founder of Catch Up With Cancer