The Environmental Protection Agency is expected to issue a final regulation on Thursday morning that will slash the use of hydrofluorocarbons, widely used in air-conditioning and refrigeration. 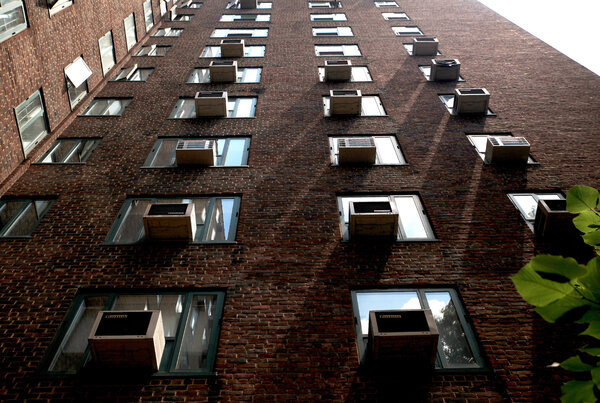 WASHINGTON — The Biden administration has finalized a rule to phase down the use of a powerful planet-warming chemical used in air-conditioners and refrigerators, its latest effort to put climate change at the center of its agenda ahead of a pivotal United Nations summit.

Under a regulation expected to be issued Thursday morning, the Environmental Protection Agency will slash the use of hydrofluorocarbons, or HFCs, by 85 percent over the next 15 years. The White House also will announce a task force and other enforcement efforts to prevent the illegal production or importation of the destructive man-made compound.

HFCs were used to replace ozone-depleting chlorofluorocarbons in the 1980s but have turned out to be a significant driver of global warming. While they are only a small percentage of greenhouse gases and stay in the atmosphere for a short time, they have a thousand times the heat-trapping potency carbon dioxide, the most abundant climate pollutant.

A fact sheet released by the White House called the set of policies “one of the most consequential climate actions taken by the federal government” and said it would cut the equivalent of three years worth of climate pollution from the electricity sector. Experts said the rule would go a long way in helping the United States make good on a pledge that President Biden made to cut the country’s greenhouse gas emissions 50 to 52 percent below 2005 levels by the end of the decade.

The move comes on the heels of a pact between the United States and Europe to eliminate a third of global emissions from methane, another powerful greenhouse gas, by 2030. So far 15 top methane-emitting countries, have signed on, including Mexico, Indonesia and Iraq. The Biden administration is also poised to put forward new regulations on the oil and gas sector, which is the largest industrial source of methane.

As nations prepare for global climate talks that are scheduled to take place in less than six weeks in Glasgow, the Biden administration is under increasing pressure to show it can deliver on that target, particularly as broad U.S. climate legislation faces an uncertain future in Congress.

Gina McCarthy, the White House climate change adviser, said in a statement that reducing HFCs was “needed to meet the moment” on global warming. She called the policies “a win for climate and a win for American manufacturing.”

Environmental groups and the business community have championed phasing out HFCs and supported a 2016 accord signed in Kigali, Rwanda, in the last days of the Obama administration, as well as related bipartisan legislation passed by Congress in December. Several industry leaders said they had been told by the White House that Mr. Biden intended to soon send the Kigali accord to the Senate for ratification soon.

Stephen R. Yurek, president and C.E.O. of the Air-Conditioning, Heating, and Refrigeration Institute, a trade association, said that adopting the Kigali accord was important even though the United States was already moving toward implementing it.

“It’s about reputation and credibility,” he said. Formally joining the broader global effort, he said, was “good for the environment, good for the economy and good for trade.”