Nicola Sturgeon “fails to take responsibility” for her failures, Scottish Conservative leader Douglas Ross said today as he vowed to hold the First Minister to account. Speaking at the Tory party conference in Birmingham, Mr Ross criticised the governing party for not challenging their boss over the poor policy decisions.

He warned that 15 years of SNP rule had led to public services deteriorating, the education attainment gap widening, and a failure to tackle the country’s drugs crisis.

The Scottish Conservative said there was a need to be “Scotland’s real alternative” for voters and put forward an ambitious policy agenda that offered a clear change in direction.

Attacking Ms Sturgeon for letting down voters, Mr Ross said: “We have seen time and time again, Nicola Sturgeon fails to take responsibility for her own areas and responsibilities. I think that’s wrong.

“We need the Scottish Government and the SNP, and their backbenchers, to stand up like we have in the UK Parliament. 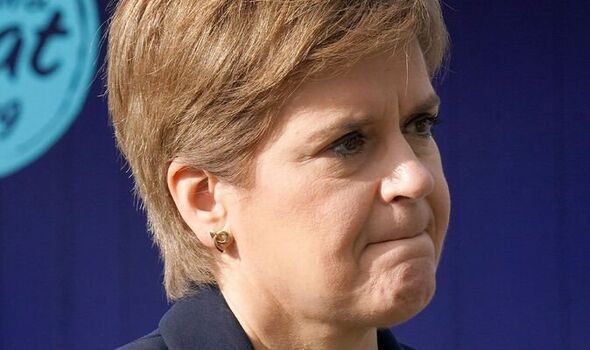 “You know, there are Labour politicians who question frontbencher members of the Opposition party, we have a Conservative party who question decisions of the UK Government.

“Why don’t you ever hear dissenting voices within the SNP?

“Because actually, if people were willing to do that, then Nicola Sturgeon might listen to them – because she doesn’t listen to anyone else – so we would get better policy as a result.

“But at the moment we are trapped in this cycle where Nicola Sturgeon feels she can do no wrong to Scotland.”

The Scottish Tory barely mentioned the SNP’s push for independence as he instead looked to focus on domestic policy failures.

He said there was more “to our nation than the constitutional debate” and that the focus must be on issues other than IndyRef2. 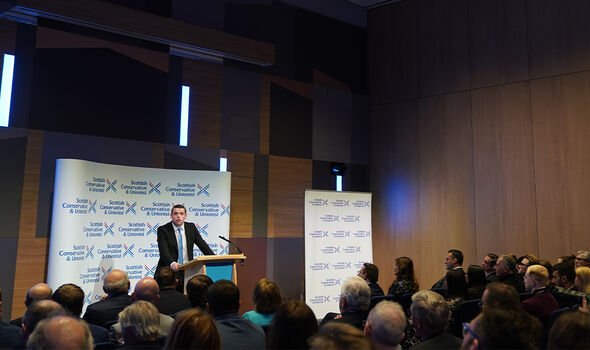 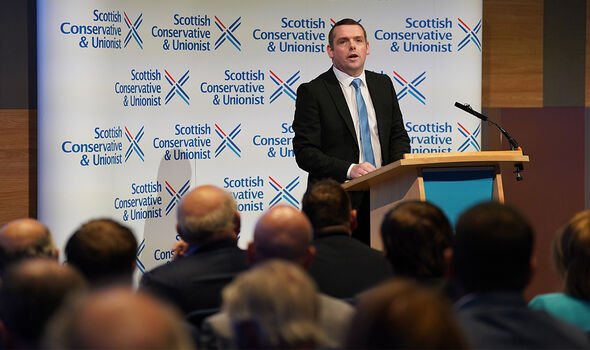 Taking aim at the SNP’s other policies, he accused the Scottish Government of being “obsessed with centralisation that has stripped funding from communities and local services”.

He said: “The result after 15 years of the SNP’s Scotland is that the place where you live has a huge impact on the quality of life you will have.”

The Murray MP added: “If we had a Scottish Government that would work with the UK Government rather than manufacture grievance at every turn.

“If we had a Scottish Government that governed for all of Scotland not just for those who agree with its narrow political interests. 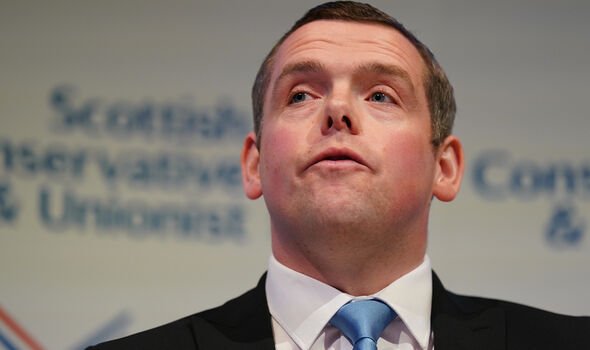 “And those are the people that the Scottish Conservative Party needs to reach out to represent as we build Scotland’s real alternative in the years to come.”

Painting a bleak picture, he warned: “The reality is, under the SNP, kids from the most deprived areas of Scotland are less likely to go to university than similar disadvantaged youngsters in England and Wales.”

Mr Ross continued: “The inbuilt disadvantages that hold working and rural Scotland back.

“We could deliver the same opportunities to people living in both Edinburgh and Elgin. And make every part of our nation a success.”